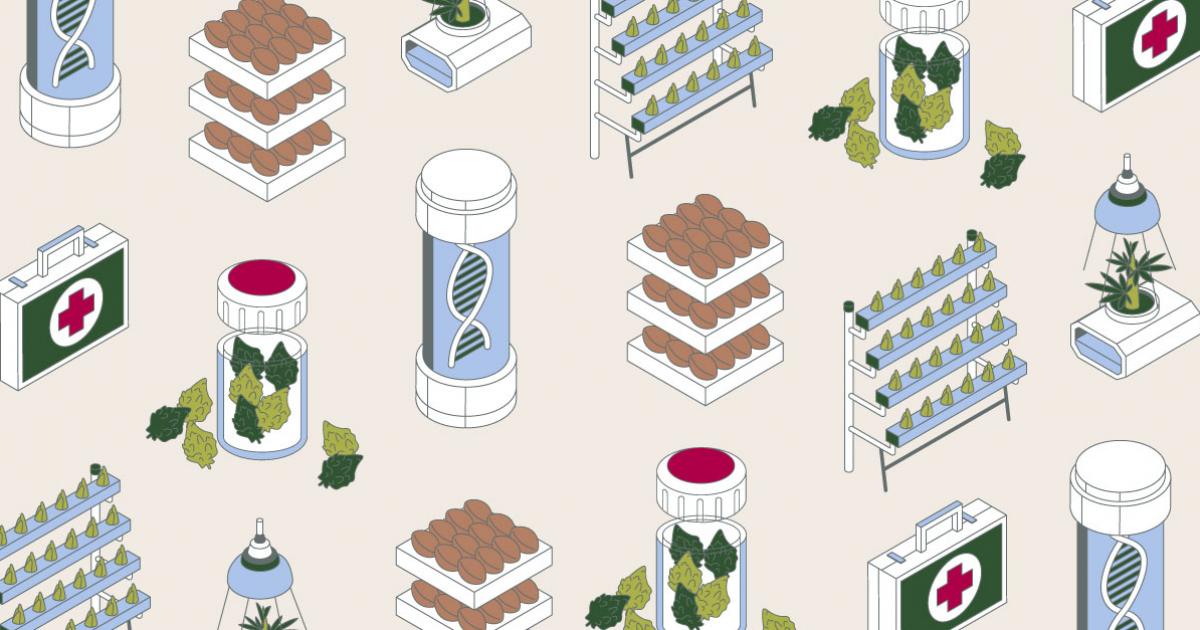 By Alastair Moore, co-founder and director of Hanway Associates.

The global image of European cannabis is changing, again.

Back in 2016, there were very few North Americans interested in what was happening this side of the Atlantic. A couple of early movers, including Tilray’s Brendan Kennedy, were in London raising money and engaging policymakers. Researchers, advocacy groups, and activists made up 95% of the legal European ‘cannabis sector’.

When Germany legalised medical cannabis in 2017 something changed. European cannabis, and the commercial opportunities that would come with it, were now a very real possibility. Licences became highly sought after and executives from Canadian companies began flying in for meetings with politicians, regulators, and in some cases army colonels.

The commercial frenzy really picked up in early 2018 with the Aphria acquisition of Nuuvera. The Canadian company was valued for its strategic assets which included a number of licences and partnerships in Europe. Later this same year UK policymakers bowed to public pressure to allow access to cannabis medicines. Now it felt real.

But then 2019 rolled around and things began to get a bit wobbly. Huge amounts of money had been raised by North American operators both privately and on the public markets by this point. The explicit aim of many of these raises was cracking the European market – noted for its vast potential patient populations. Investors were expecting the good news to keep rolling in, and fast.

2020 saw the retreat of a number of large Canadian operators from the continent's medical market, which shifted the power dynamic in the region. Some operators stated their intent to continue to focus on European medical markets, but it is clear that the domestic adult use markets, and fast approaching US opportunities presented more imminent revenues.

But why did this happen? Fundamentally the issue is that the pace of policy implementation was a lot slower than many investors wanted or expected. Differing cultural and political attitudes from those on the other side of the Atlantic are also partly to blame.

Compare two investor decks from both sides of the Atlantic and you can quickly see the differences in how we talk about cannabis as a medicine, how it should be controlled and the regional-specific concerns its proponents need to address.

A mix of socialised healthcare, a pharmaceutical heritage, and being later to the party than the US and Canada has created a strict medical approach to cannabis medicines – one that is (mostly) with the grain of the medical establishment, not against it.

The spectre of recreational cannabis haunts European policymakers, fearful of implementing a medical system that can be abused. To avoid this most countries implemented complex regulatory systems aimed at tightly monitoring or controlling access to cannabis medicines.

To play in Europe you have to have the time to play the long game – educating doctors and the public – or have the financial backing to play in a capital intensive model that favours pharmaceutical companies. Add to this a large, live opportunity on your doorstep and you can see why many North Americans decided to change tactics.

Europe has many structural advantages. Its highly skilled workforce, the presence of leading cannabis research hubs such as the Spanish Observatorio Español del Cannabis Medicinal and the International Association for Cannabinoid Medicines, supportive foreign investment agencies, and a growing number of cannabis specific-funds make it an attractive place to build a cannabis business.

Market projections and financial analysts point to the large population of Europe and talk about how demand will surpass all expectations in the years to come. But how does a nascent market struggling to find its footing become the behemoth it is expected to be one day?

The promise of foreign investment, job creation and economic growth is alluring, but the journey towards a sustainable and commercially profitable sector is a long one, and Europe is just at the beginning.

Without companies that tackle regulators’ concerns around black market diversion, the lack of patient data, or doctors’ unfamiliarity and cautiousness in prescribing a medicine that has typically been consumed as a combustible, there will be no real long-term growth in the sector.

With no mainstream health tech company in the sector yet applying their existing tracking or wearables to cannabis, and with regulators demanding more data before expanding patient access, smart money is looking at high tech, data-driven businesses that solve these issues. Startups that accelerate the acceptance of cannabis medicines will thrive.

Companies solving these problems already exist, and their presence is promising. Patient data apps, medical devices, formulation technologies and plant R&D are propelling the sector towards its ambitious goals.

We are already seeing signs that the sector is being taken more seriously by regulators and corporates alike. State-supported cannabis startups and the appearance of more mainstream pharmaceutical companies on the scene are two indications that this is happening.

Octarine Bio is a Copenhagen-based synthetic biology firm developing radical new cannabinoid molecules for use in treatments for neurological and psychological conditions. They have received funding from Vækstfonden, the Danish State's investment fund, cannabis funds Oskare Capital (based in Paris) and Enexis (based in Stockholm), and cannabis industry veteran Bruce Linton (former CEO of Canopy Growth). 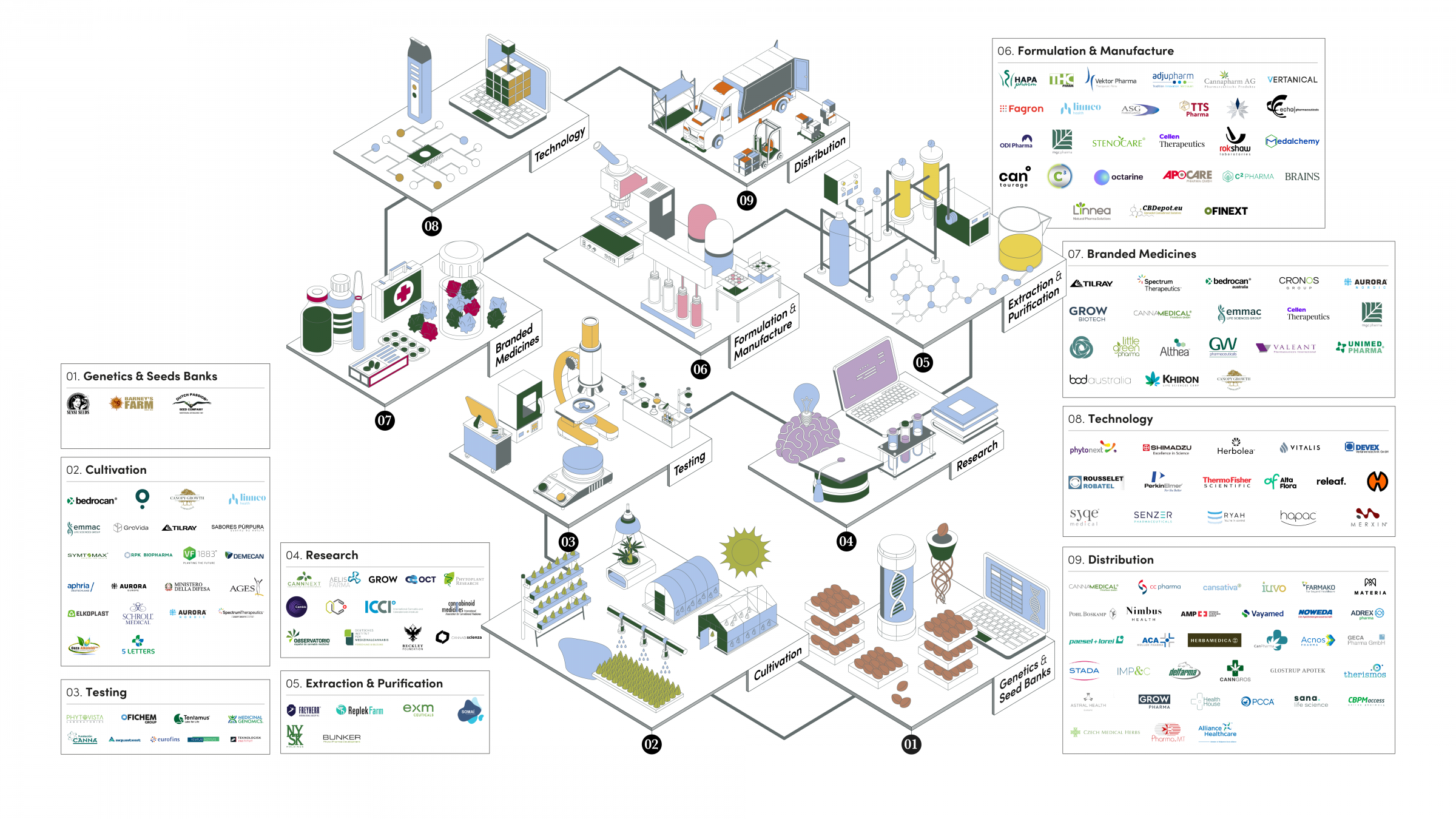 Two European states, Denmark and Greece, which have recently embraced the medical cannabis sector have already attracted proposed foreign investments of more than €610 million according to recent reports.

From Copenhagen to Berlin, life science start-ups jostle for capital and new specialist cannabis investment funds in Stockholm and Paris stoke investor interest in the sector.

UK financial regulators have announced that British-based medical cannabis businesses have a compliant path to the public markets in London, while Scandinavian stock exchanges signal they are open for business.

Competition in crowded markets such as Germany pushes competitors to innovate with their supply chains, breaking established monopolies; meanwhile, Spain, a world leader in morphine production, dips its toes in the arena through traditional pharma routes.

Underpinning all this innovation is research. The Netherlands is home to approximately 30% of Europe’s active cannabis and cannabinoid clinical trials and the UK home to another 20%, with Germany following closely with 15%.

Whatever your thoughts about the market, the right foundations are being laid for a very exciting 2021.

Alastair Moore is the co-founder of Hanway Associates, the London-based cannabis advisory firm, and First Wednesdays, a network of investors and entrepreneurs in European cannabis. He writes about startups and investment in the European cannabis sector.