Preparing For Cannabis Legalization In The US: Lessons From The North 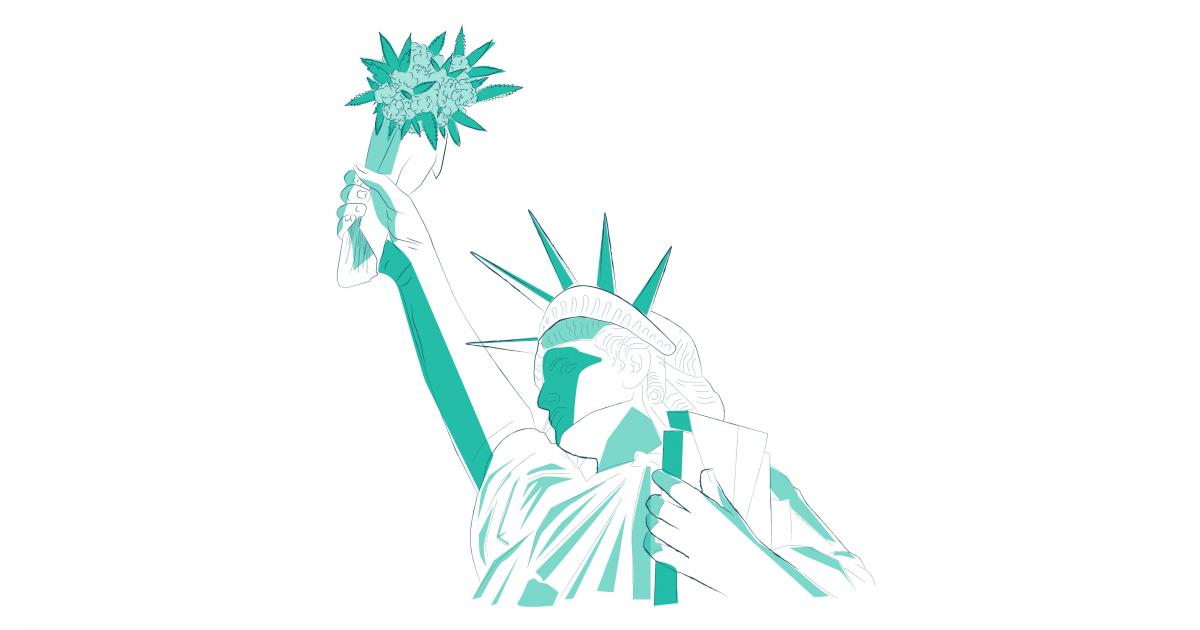 By Jay Evans, CEO at Keirton.

Following the results of the 2020 presidential election, cannabis advocates across the nation breathed a sigh of relief; for the first time in our history, cannabis decriminalization was being supported by the party in office. Since 2012, 15 states and Washington, DC, have legalized cannabis for adults over the age of 21. And 36 states have legalized medical cannabis — meaning that a majority of Americans now have some form of access to cannabis, whether medically or recreationally. On December 4th, the House passed the Marijuana Opportunity, Reinvestment, and Expungement (MORE) Act, a historic bill which will remove cannabis from the Controlled Substances Act and serves as the first step in ultimately deciding the fate of federal decriminalization in the United States.

But, as proponents are keenly aware, major changes will need to be made at the regulatory level to ensure decriminalization rolls out effectively across the country, while setting the United States up for federal legalization in the not-so-distant future. So, where better to look for lessons learned on the path to legalization, than Canada?

The cannabis industry has made major strides across North America over the last few years, including Canada, which federally legalized cannabis two years ago. Having already forged the path, Canada can now serve as a case study for the United States as it takes its first step toward legalization, through decriminalization, offering guidance into best practices for launching a new legal industry, and warnings of the costly repercussions of unpreparedness, inexperience, and premature rapid growth.

While the legal Canadian market took off as investors took interest, growing the market to hit CAD$908 million in online and retail store sales within the first year, the numbers fell well short of analysts’ initial projections as a poorly executed retail distribution framework and high costs had many consumers turning to the legacy market. Within a year of legalization, the industry was experiencing mass layoffs and major executive changes at some of the country’s largest producers, alongside multi-billion-dollar stock-market losses. Initial product shortages were then followed by a massive surplus in inventory, with licenced producers reporting more than 400 metric tonnes of excess supply that forced price reductions as they dealt with overflowing warehouses. To ensure a successful transition from decriminalization to legalization, while avoiding the pitfalls that the Canadian industry faced, the US will need to focus on five major areas.

The US’s ability to capitalize on rapid growth will start with having a proper retail distribution structure. Where Canada struggled in this regard, lacking the infrastructure to approve enough retail licenses to meet the distribution needs of producers, the US needs to use this opportunity to establish a sufficient retail distribution framework to ensure that producers can get their products into the hands of consumers in a timely manner.

For the legal industry to not only thrive, but drive out the legacy market, taxes must be kept at an affordable level. If taxes and, subsequently, the total cost of legal products are too high, consumers will continue to source from alternative sources and unregulated markets. Setting a lower tax revenue will serve the legal industry tremendously, attracting new consumers and driving out illegal sellers for good. Once it’s been made unfeasible for the legacy market, taxes can be reevaluated to ensure the industry is sustainable.

In Canada, regulations were so stringent that it was difficult for cannabis companies to operate as low-cost producers without having substantial funding raised beforehand. The United States will need to ensure that the industry is accessible to a broader demographic and establish simplified regulations to prevent smaller companies from going broke to the benefit of a monopoly.

Maximizing production is, in and of itself, not a viable strategy. Producers will need to strategically differentiate themselves from their competitors to optimize production and establish a consumer base that will drive their business. By moving away from a trial-and-error model and refining product through scientific research, companies will be able to focus on product development that will set them apart from their competitors. Meeting a certain standard of product quality will also be key in this market; measured against the growing number of high-quality cannabis products that will flow into the market, low grade, mass produced flower will be increasingly difficult to sell.

The legal cannabis industry is not for the faint of heart, and certainly not a playground for the inexperienced. Those entering the industry without a deep understanding of its regulatory framework and complexities will not find success. New players to the cannabis industry may have expectations of grandeur once federal legalization is confirmed, but growing a successful business in this industry is nuanced and requires a familiarity for the plant, market and consumer; their choices will dictate the industry’s success and failures. For new players entering the cannabis market for the first time, the risk of failure and financial loss can prove to be a devastating reality when lacking the experience and deep industry knowledge necessary for growth. Successful cannabis professionals typically share a few common traits:

Preparing for Legalization and Rapid Growth in the US

Say all goes well with decriminalization, and the areas above are taken into consideration to build a robust foundation for federal legalization. The next area to be addressed, and possibly the one that will play the largest role in the industry’s growth and ability to be a global leader in technology and operational innovation post-legalization, will be banking. As it stands right now, in most states, cannabis companies cannot access banking services, blocking their access to much needed financing and investment opportunities. Opening banking up to cannabis companies will also be paramount to seeing more cannabis companies make their entrance on the stock market, opening them up to the kind of investment that will kickstart innovation within the American cannabis industry.

Only when cannabis is federally legalized will investors gain the necessary confidence to accelerate the industry’s growth and drive innovation to reach the industry’s full potential. In the meantime, it will be imperative that all interested parties, from banks and investors, to longtime industry professionals and those with a keen eye on entering the industry for the first time, take note of the path forged by their Canadian neighbours as well as their missteps.