Since the beginning of the Viridian Deal Tracker in 2015, the Cultivation & Retail Sector has always dominated M&A transaction volumes. However, in 2020 we have seen an increase in 3 other sectors: Infused Products, Biotech/Pharma and Software/Media. 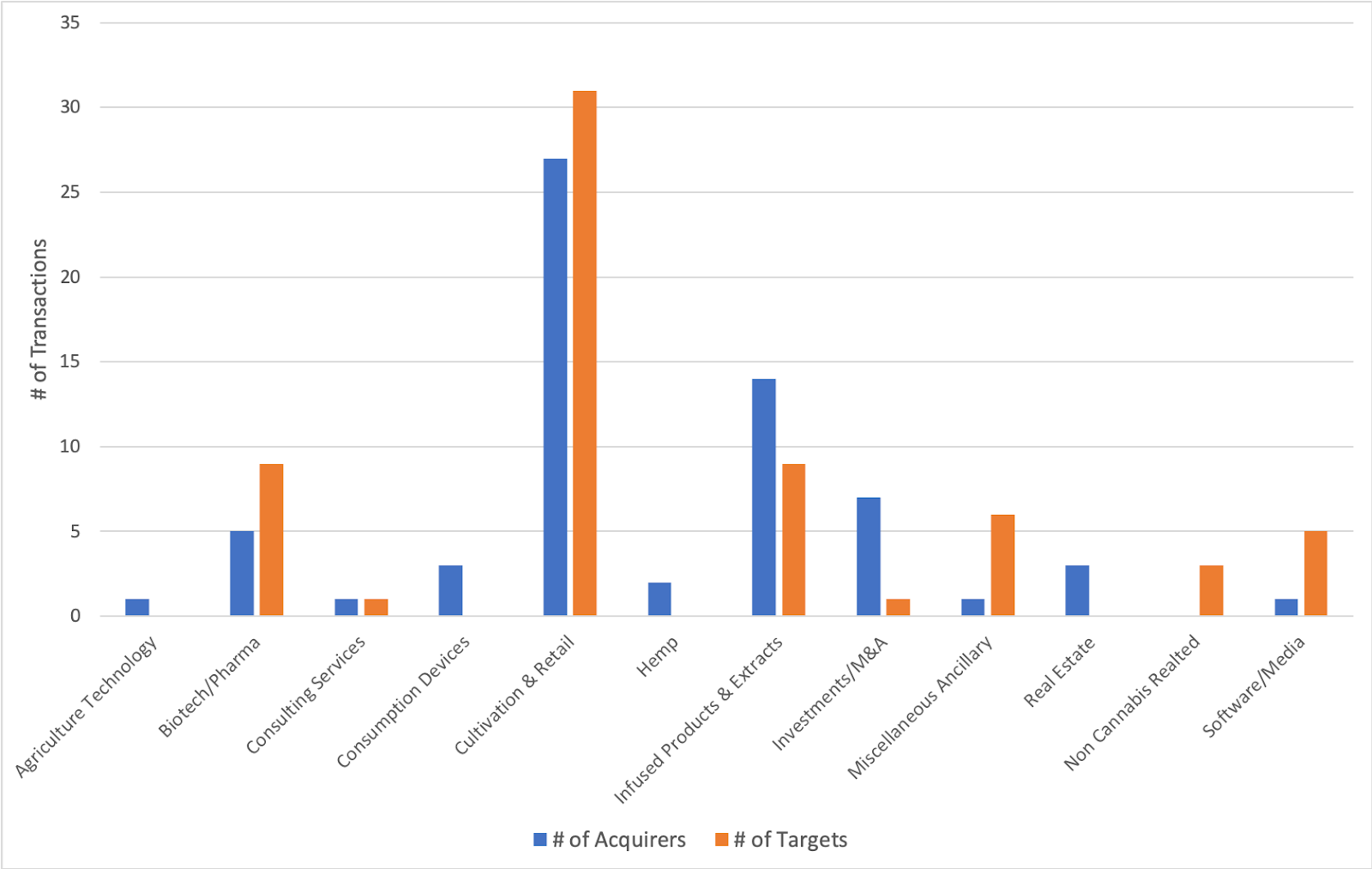 The Infused Products & Extracts sector has seen increased M&A activity fostered by the drive to establish branded products and by the increased development of “Cannabis 2.0” products including beverages.

Activity in the Biotech/Pharma sector has also increased, responding to increasing medical research into the clinical applications of the various cannabinoids, and the opening up of DEA licenses to cultivate cannabis for R&D purposes.

Software/Media sector activity has increased in the last year responding to the need for regulatory tracking software in newly adult use legal states and in the push for greater efficiencies in developed cannabis markets.

This sector rotation in M&A activity is a healthy sign for the cannabis industry as it shows a marketplace that is maturing beyond supply chain infrastructure (from seed to sale) by the MSOs and towards ancillary sectors that are gaining favor from investors and acquirers.

The Viridian Cannabis Deal Tracker is a proprietary information service that monitors capital raise and M&A activity in the legal cannabis and hemp industry. Each week the Tracker aggregates and analyzed all closed deals and segments each according to key metrics: