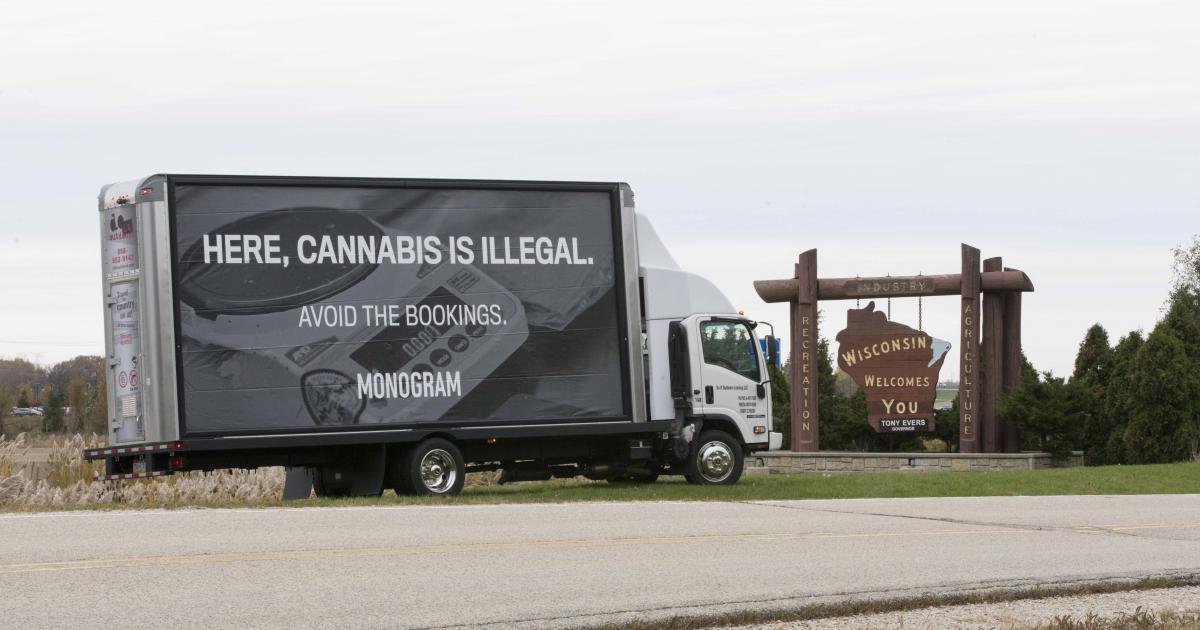 Jay-Z recently launched a cannabis line. Monogram, which debuted last week, has unveiled a nationwide awareness campaign drawing attention to the arbitrary borders between state lines that still determine who can benefit from cannabis, whether that be through entrepreneurship or the positive effects of its use.

Timed to coincide with the 50th anniversary of the Controlled Substances Act of 1970, which classified cannabis as a Schedule I drug, the campaign involved parking LED and mobile billboard trucks across the most starkly contrasting legal/illegal borders of cannabis legislation in the country:

“For so long, cannabis culture has been marred by the effects of the Controlled Substances Act and stigmatized by political agendas," Jay-Z, whose real name is Shawn Carter, told Benzinga. "While there has been progress, as we launch MONOGRAM, we felt it was imperative that we call out the arbitrary borders that still demarcate who can benefit from cannabis, whether that’s through business or the positive effects of its use.”

The trucks will be in place along each of these state lines for the next two weeks, through the election.

"MONOGRAM" is the maiden brand born out of the famed entrepreneur’s partnership with Caliva, one of the largest vertically-integrated cannabis companies in the U.S., with whom Carter joined forces as Chief Brand Strategist in July 2019.

This month, the "Eyes of the World" can finally behold Jerry Garcia’s cannabis brand. read more

New Movie 'Light Years' Is All About A Psychedelic Trip