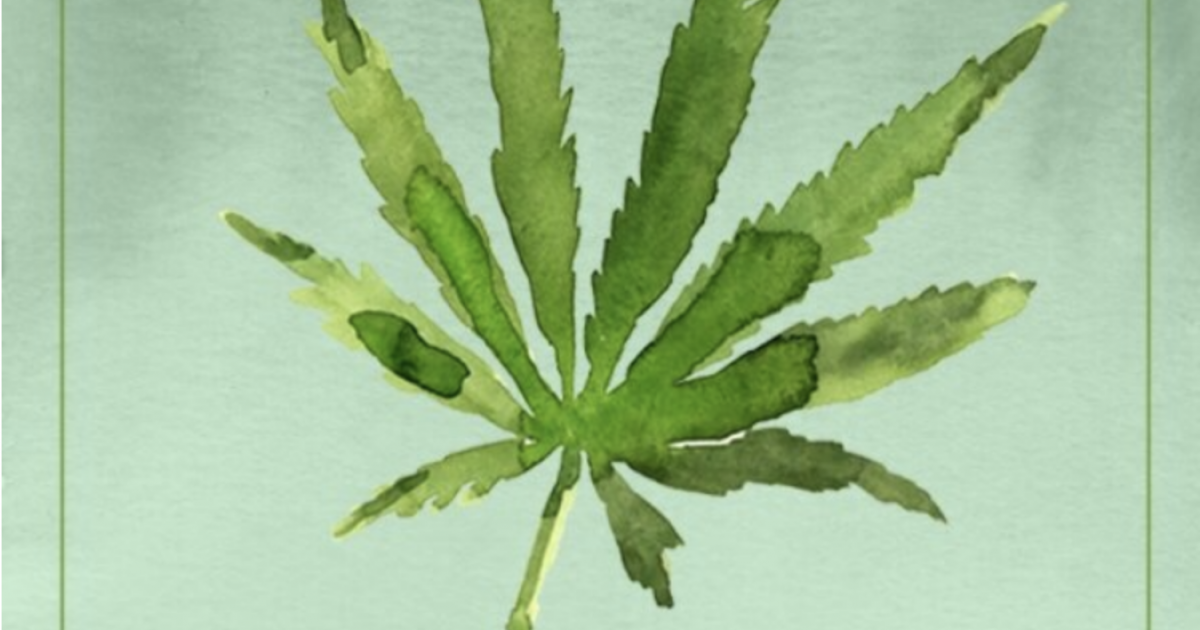 This article was originally published on BPCM Cannabis, and appears here with permission.

Jackie Cornell is a public health advocate and social justice activist. Primarily, her career has played out in public service, including jobs at Planned Parenthood, U. S. Health and Human Services and on multiple state and national campaigns; but, in 2018, when the New Jersey native joined Governor Murphy’s administration as Deputy Health Commissioner, cannabis entered the picture.

Tasked with overhauling the state’s medicinal marijuana program, she began work on a pivot to a progressive marijuana policy aimed at reducing the excess of pharmaceutical (i.e. opioid) prescriptions. Today, Jackie is Chief of Policy and Health Innovations for cannabis edibles company 1906, where she focuses on both industry and policy issues. Who better to share thoughts on New Jersey’s ballot measure on adult use legalization as we approach the vote on November 3rd 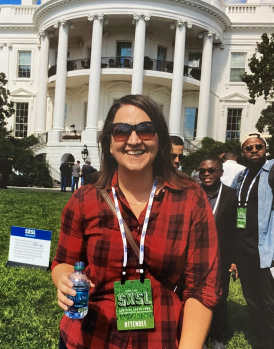 New Jersey adult-use will be the tipping point for the region and the country. Election day voting isn’t the end, it’s the start to building an equitable market in the most densely populated state in the country.

I was very, very fortunate to join the Obama administration in 2014 as Regional Director of Health and Human Services, overseeing New York, New Jersey, Puerto Rico and the U.S. Virgin Islands. Traditionally, it’s the kind of job people hold on the tail end of their career. As the youngest regional director in HHS in five administrations, I was fortunate to have it at the beginning, more or less, of mine. So, how did cannabis enter the story?

I joined the Murphy administration, here in New Jersey, on day one, in January 2018. My fourth or fifth day on the job as Deputy Health Commissioner, while I was still learning how to answer my phone and where to park my car, the governor issued an executive order — an overhaul to the medicinal marijuana program. What I began unpacking during my time at the department was the diverse applications of cannabis. How many people got their first opioid prescription for completely legitimate reasons from a trusted source and then became addicted? This was the story Chris Christie told exceptionally well here in New Jersey and around the country. I met those constituents struggling with opioid addiction and saw how cannabis helped them get their life back. That learning was transformative. When 1906 came along, with low dose tablets, that was the synergy point for me.

You know, the federal government will never reimburse your insurance for smokable flower. The government will never reimburse you for confection because of the sugar and calories. But take cannabis—remove the calories, remove the sugar, make it a predictable dose — I think that’s how, in a few years’ time, you’ll start to see insurance and the federal government change course. The primary hurdles right now? Drug scheduling and research issues. Change is starting to happen, slowly. States are partnering with academic medical centers on research. To me, that’s the pin. Deschedule cannabis, let more clinicians and providers conduct research. That, I think, is the cascading moment when cannabis enters the traditional healthcare sphere. The unique opportunity to change the market lies in the way we think about low dosing. There have been countless stories about prescriptions — for antidepressants, anti-anxiety and sleeping pills — going through the roof this year because collectively we’re dealing with trauma, grief and anxiety. Meanwhile, people are worried about dependence on pharma products, looking to pivot from the traditional towards alternative ways of managing anxiety. It’s a shift, for me, towards, ‘How do we get cannabis to the medicine cabinet?’

How the garden state grows

There are people who think we’re going to vote on November 3rd and cannabis will be legal the next day. That’s just so far from the truth. The legislature will do what they’re going to do, but I’m concerned with structure and implementation. I’ve seen so many bills, both federal and state level, with all the best of intentions, but if there isn’t the infrastructure in the overseeing department to execute that law…they’re not worth the paper they’re signed on. Theoretically, what would I do? This is just a hunch, but I think what’s realistic is … build out the adult-use market using existing operators, of which there are 12 already permitted in state. What I’d really like to see, as the state expands, is a meaningful increase in diversity — of people, companies, products and patient-centered approaches. 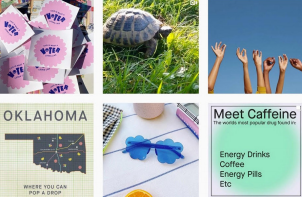 Above, the @1906newhighs Instagram page. Top left, stickers from their ‘this is what a voter looks like’ campaign. Find more info on cannabis legislation at cannabisvoter.info and register to vote at headcount.org

I don’t know if New Jersey has the temperament for an Oklahoma-style model, but Oklahoma has essentially said, ‘Come. We’re reducing barriers to entry here.’ What’s unique about that approach is you’re allowing the communities and the industry to guide the market. Maybe this is a different way to phrase it: The Department of Health doesn’t say to CVS or Walgreens, ‘You can or can’t be on this corner.’ They say, ‘Here are the guidelines of regulated stuff you can or can’t sell.’ Same is true of liquor stores. That’s where we need to get with cannabis. Every estimate I’ve seen says you need roughly 90 to 120 dispensaries to serve a state as dense as New Jersey. Nine million people live here! And that’s not counting all the tourism that will come in from Philly and New York. As people who live among these states, how much did we move around prior to COVID? I could get up in New Jersey and give my kid breakfast, take a train to Washington D.C. and come home for dinner. We’re all right on top of each other. Why are we going to have completely unique systems in Pennsylvania, New York, New Jersey, Delaware, Maryland? Is the smarter move a regional authority, where everybody puts in a little bit, but then you get an entire infrastructure? In some ways, that’s as much pie-in-the-sky as Medicaid and Medicare reimbursing for cannabis, but … shouldn’t we be thinking about pushing the industry to get us to a place that makes sense?

And the strategy is…

Take the playbooks that we have— look at the river authorities, the Port Authority — and say, ‘What works? What doesn’t?’ You need the will of the governors to make it happen, no doubt. And then, you start building out baselines — product safety and then what we in the healthcare space call, ‘network adequacy.’ If we had opportunities to look at our states as a whole, we could reconfigure what those network adequacies and needs look like, lean into that with how we plan for dispensaries and make correlations across all those places where our states touch. Right now, the cannabis industry is churning faster than any one person, or any one company, can keep up with. That’s both challenging and most rewarding, because it’s such an interesting time.