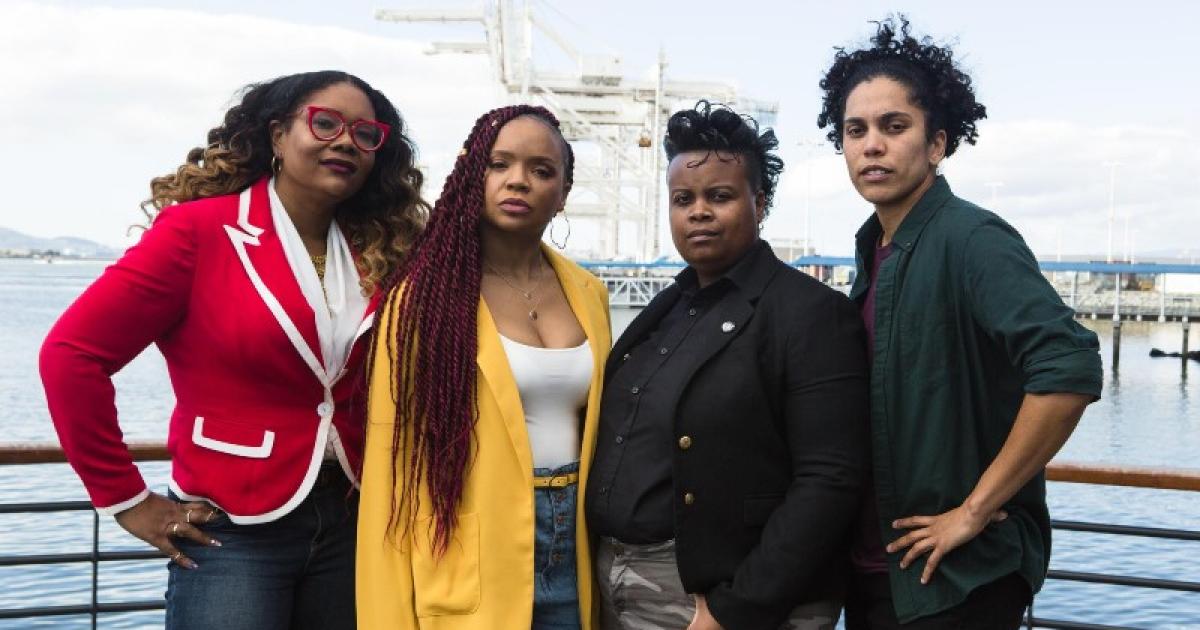 Though Black women are the fastest growing group of young entrepreneurs, Black and brown-owned brands only make up 3% of the recreational market, and likely less than half of those businesses are Woman of Color-owned.

An even smaller percentage of that 3% are of Black and brown-owned edible companies, despite the fact that edibles are the fastest growing segment of the cannabis industry, with 20% year-over-year growth.

The problem comes down mostly to financial and legal resources.

Starting a cannabis business, especially in high-cost states like California, can be egregiously expensive and bureaucratically complicated.

Edible manufacturing spaces are some of the most expensive businesses to run.

Systematically, this often excludes the entrepreneurs without the capital to cover costs and legal expenses or the educational background to do the legal work themselves.

“Let’s face it, before legalization you probably got your edibles and weed from a Black or brown person,” says Amber Senter, a successful advocate for social equity programs in Oakland. “We can’t participate in this because we just don’t have the money. There are many well-funded groups that do,” she says. 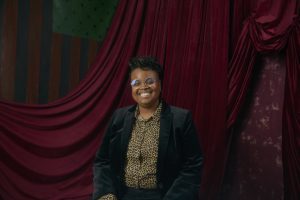 In an attempt to subsidize startup costs, she and cofounder Cesar Angobaldo have opened a shared manufacturing facility for social equity operators, the EquityWorks! Incubator.

Together with another kitchen opened under the program, the Oakland Cannabis Kitchen, they are the first state-funded, shared cannabis manufacturing facility in the nation.

Amber Senter is one of the most effective cannabis activists in the state, despite keeping a relatively low profile.

She and her colleagues at Supernova Women were some of the core community organizers behind creating Oakland’s Cannabis Social Equity Program, the first in the nation.

They also successfully advocated for lower cannabis taxes for social equity and small companies in the city, and created the country’s first cannabis tax rebate structure.

Additionally, she is the founder and CEO of Breeze Distro, recognized as part of Eaze’s inaugural social equity ‘Momentum‘ program, and is behind the landrace-focused flower company The Congo Club.

Oakland cannabis equity advocates like Supernova Women, Hood Incubator, and countless individuals have raised concerns about the high cost of manufacturing since Oakland’s social equity program was launched in 2017.

The program, which was the first cannabis social equity program in the country, aims to right the wrongs of the war on drugs by distributing grants and low-interest loans and prioritizing permit applications for budding equity entrepreneurs.

To qualify, entrepreneurs must be at or below 80% of the medium income in the city, live in a high-crime zone for at least 10 of the last 20 years, or have been convicted of a cannabis-related crime.

Senter’s shared-use manufacturing facility has received $250,000 in grant funding from the city, after the city received a grant from the California Bureau of Cannabis Control to expand the social equity program.

The EquityWorks! Incubator will host 5 new manufacturing businesses, while the Oakland Cannabis Kitchen will host 7. 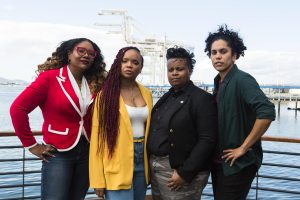 Startup costs for a shared-use manufacturing space in Oakland can cost several hundred thousand dollars, due to both the high costs of equipment and the limited availability of “green zones,” or jurisdictions which allow the manufacturing of cannabis products.

The large hood system at Oakland Cannabis Kitchen, for example, is worth $150,000 alone according to founder Michaela Toscas.

Senter says that, in combination with additional grants offered through the city equity program, entrepreneurs have up to $200,000 of funding at their fingertips.

That’s enough funding to establish young companies that otherwise never would have access to the recreational market.

“They can use that to propel their business in a space where they don’t have to pay for rent, and they already have a number of strategic partnerships in place to ensure their success,” says Senter.

The EquityWorks! Incubator also includes established partnerships with a network of distributors, cultivators, extractors and dispensaries so that entrepreneurs have access to inclusive supply chains.

The Oakland Cannabis Kitchen, on the other hand, hosts an internal success program to educate entrepreneurs on topics like payroll, marketing, and taxes.

Each attempt to lower additional barriers for equity partners, in the hopes that they can establish stable businesses that will succeed long after they outgrow the shared use spaces.

“Traditionally, people like to do business with people that look like them, and we hear a lot about that especially when you’re going to raise capital in any industry,” says Senter.

Connecting businesses to other Black and brown operators and investors can help to eliminate that problem.

“With all the programs together, I think it’s awesome for equity operators to get the money for the initial startup costs, the money for the hourly rent at the facility, the legal advisory, and the support,” says Toscas. 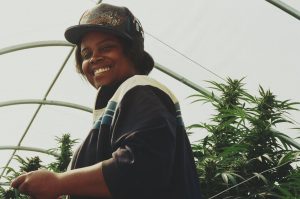 Applications for both facilities ended on Friday, October 2nd, with the kitchens receiving over 50 applications in total.

The application prioritized existing Oakland equity applicants rather than those who hadn’t yet applied, and those who were already in the process of establishing a manufacturing operation but had run into logistical or financial difficulties.

The next issue Senter says she will face, however, is the short timeline created by the city for the two cannabis kitchens.

Both were only given 12 months to operate with government funding from when their contracts were signed in July, and the chosen entrepreneurs will still need several months to get their licenses, specialty equipment, research and develop their products and build out their workforce.

These entrepreneurs likely won’t be making products until late November, and those products likely won’t make it to dispensary shelves until January 2021.

“It’s going to be really important for the community to express, and the operators here, how important this program is, and how impactful it’s been on their businesses, and that’s dependent, definitely, on the success of the program,” ” says Senter.

Both Toscas and Senter worked with the city of Oakland in writing the regulatory requirements in the interests of building a program that can be emulated elsewhere.

“Our vision is to create this kitchen as a model to be duplicated in other jurisdictions,” says Toscas.

Soldiers Deserve Access To Medical Cannabis: Here's How You Can Help

Is Cannabis More Potent Now Than In Decades Past?

This article was originally published on Cannabis & Tech Today, and appears here with permission. The cannabis plant has been used by humans for thousands of years.  read more

10 Best Places To Start A Cannabis Business In The U.S.

This article was originally published on Cannabis & Tech Today, and appears here with permission. Starting a cannabis business in the US takes a lot of planning, effort, and patience. read more

How Are Cannabis Concentrates Made? Top 3 Techniques

This article was originally published on Cannabis & Tech Today, and appears here with permission. In the last couple of years, the popularity of cannabis concentrates has increased dramatically. They are incredibly potent and can provide relief from chronic pain. Moreover, cannabis concentrates have countless applications. read more