From Humble Origins To $2M In Annual Revenues: Rebel Spirit Is Poised For Cannabis Growth 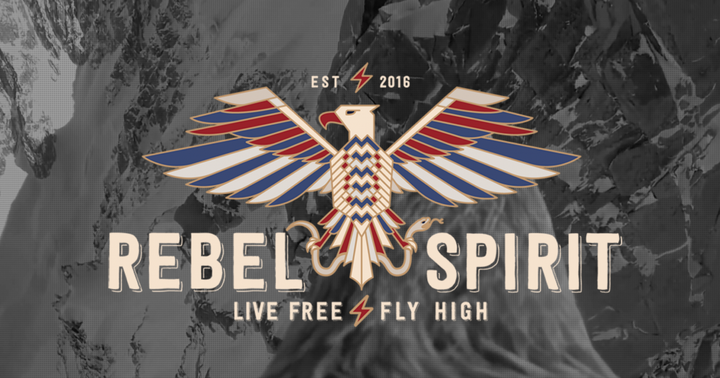 When Diane Downey co-founded Rebel Spirit Cannabis with her husband, Christopher Bechler, in 2015, Oregon was on the verge of legalizing cannabis for adult use.

Five years later, the Eugene-based producer of recreational cannabis is generating $2 million in annual revenues, and looking to expand nationwide.

Benzinga spoke with Rebel Spirit to get a grasp on the company's journey, and what the brand represents.

To launch Rebel Spirit, the couple first mortgaged their house to purchase farmland that would become a home base for their business. The goal was to set up a company that represents "American values, quality, integrity, and Freedom," explained Downey.

Much-needed help came from a friend who "became our 'angel.'"

They also "secured loans from friends and family at rates of 8% to 12%," Downey added. Since then, the expansion has been funded by profits,

Today, the 80,000 square-foot land — comprised of about 50% outdoor and 50% greenhouse space — includes multiple greenhouses as well as an indoor canopy.

"Eight of our greenhouses yield three harvests each per year," Downey said. Expectations are that they will harvest 4,000 pounds of flower this year. "Starting in 2021, we will be getting two harvests per year from our outdoor spaces," she said.

The company is growing more than 40 strains, out of which eight are proprietary. Four more strains will be added to Rebel's proprietary strain portfolio.

"Our most popular proprietary strains are Rebel Berry OG, Thunderbird Rose, and Frosty Jesus," said Downey. "In addition, our Doc Samson is popular, and our phenotype of Jack Herer can't be beaten."

Moreover, their products are available in over 170 dispensaries.

In May, marijuana sales in the state hit $103 million, as reported by the Portland Business Journal.

Rebel Spirit, according to Downey, has its fair share in that.

"We have by no means fulfilled our potential in this market," said Downey, adding they are "still struggling to keep up with demand."

They are aiming toward boosting production by 65% as well as nationwide brand recognition.

"We are confident that we will replicate our Oregon success in other states and are currently in negotiations with potential manufacturing partners in California, Nevada, and Illinois," she said.

Still, the "brand identity is everything… it is emblematic of who we are," Downey said. "Our brand symbolizes our values, and our values guide our business."

Rebel Spirit reflects their foundation — the spirit of Mark Ingraham — a "dear family friend," who grew marijuana in Oregon and northeast Washington in the 1970s.

"In the early 1990s, he was convicted of being among a group of growers, and refusing to cut a deal by informing on his friends, was sentenced to federal prison for 10 years," Downey said.

Unfortunately, Mark fell ill during his time in prison and died at the age of 52.

He didn't deserve "that ignominious end," said Downey, adding that they named Rebel Spirit to "redeem his memory and to write a happier last chapter to his story."

The Rebel Spirit brand aims to appeal to a wide variety of American geographies, philosophies, and political persuasions, added Downey.

"There's a hint of rebellion in the name 'Rebel Spirit' that speaks to American values for individuality and independence," she said.

Equity In The Cannabis Industry

Earlier this year, Rebel Spirit partnered with Steve DeAngelo's Last Prisoner Project, to "improve the lives of those incarcerated for marijuana crimes."

Meantime, the National Association of Cannabis Businesses (NACB) recently announced they would draft recommendations for social equity programs designed to help those most hurt by past convictions for marijuana-related offenses.

"It is grossly unjust that a disproportionate number of those suffering incarceration for cannabis 'crimes' are people of color, whereas most entrepreneurs, like us, in the legal cannabis industry are white," commented Downey on the equity in the cannabis industry.

"We are taking responsibility for righting that wrong by seeking freedom and justice, especially for people of color to give them start in our industry," Downey said.