Why Are Psychedelics And Mining Companies Merging In Canada? 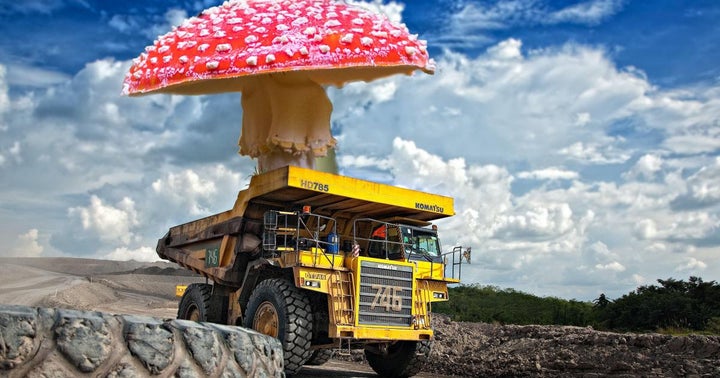 Since the first psychedelic companies went public in March, an array of other psychedelic start-ups followed along in a trend that can now be safely referred to as the "Psychedelic Rush."

With the exception of Havn, each chose to go public by way of reverse take-overs with companies from the mining sector.

As was the case with the boom of cannabis in 2013, mining companies driving the junior capital markets in Canada have laid the grounds for the development of high-risk venture industries.

Today, psychedelics are taking the lead.

What seems like an unusual combination of industries is actually a run-on-the-mill event for Canadian capital markets.

Richard Carleton, CEO of the Canadian Stock Exchange, explained that the Canadian small-cap space has been largely focused on early-stage mining exploration, including oil and gas.

These companies have two possible outcomes. They either find something worth drilling and raise additional capital to develop a mine, or they don’t find anything.

“And so you have basically a group of companies that have raised some money, explored a property, didn't succeed and now the management team and the shareholders are looking for another opportunity,” Carleton said.

That’s where psychedelics come in. These companies are trying to raise money quickly, and going public through a reverse acquisition is one of the fastest ways to do it.

In a reverse takeover (RTO), a private company looking to go public will merge with a public company in order to bypass the lengthy and expensive process of an initial public offering.

“Once upon a time they were mining operating companies. Today, they're defunct. They're just sitting there listed on the stock exchange. And they're good vehicles to reverse other assets into.”

For Friedman, the mining sector has “hot” cycles that last about seven years.

In 2013, one of these cycles came to an end. That moment happened to coincide with the cannabis boom. Cannabis companies were looking for ways to go public and the mining, oil and gas sector had left the perfect riverbed for a high-risk, junior capital investment market.

The same thing is happening with psychedelics.

“When you see psychedelics come along in 2020, it's the new hot, trendy business. They can raise money, but they have to go public quick," says Friedman. "Because a lot of the money that comes in is based on the fact they go public, because those investors like to see liquidity."

According to Friedman, the quickest way for a company to go public is by way of a reverse takeover, because the vehicle and the shareholders are already there.

“80% of the companies in Canada go public by way of a reverse takeover," Carleton said. "So it's a very well-traveled path."

“It could be a good few hundred thousand bucks cheaper," Friedman added. "And it could be a few months quicker.”

Friedman is currently working with a private psychedelics company called Mind Health, which is in the process of negotiating a reverse takeover, and plans to go public in three months.

RTOs, however, also come with their fair share of challenges.

“When you're switching industries, the shareholders are not in any way necessarily interested in that story or in that sector. And what can happen in a number of instances is that at the first sign of any kind of buying interest, once the company has gone public, those shareholders tend to sell so that it's almost like there's a built-in overhang in the company's cap table,” Carleton explained.

As a result, when the company goes public, it’s harder to see the same kind of exuberant price moves seen when companies that go public by way of an IPO.

Also, with an RTO, the new company inherits all of the liabilities associated with the former company. And of course, in the case of mining companies, there may well be environmental issues, says Carleton.

It’s crucial to do due diligence and proper research an RTO partner before committing to a deal, Friedman advised. Although — in every case — there's risk.

Nonetheless, RTOs are the preferred method of going public for small-cap companies in the junior markets/IPOs are reserved for larger, more established players who typically go after senior equity markets.

What To Look For In An RTO Partner?

Cybin CEO Paul Glavine is currently in the process of doing a reverse takeover with a mining company called Clarmin Explorations.

Cybin achieved full support from over 60% of Clarmin's existing shareholders, Glavine said in an email. In this case, Clarmin’s management team will step out to let Cybin’s team on the helm.

Other psychedelics companies, like Entheon Biomedical — which merged with mining company MPV Exploration — looked for added value in their partner company. CEO Timothy Ko said MPV provided more than just a means to trade their stock on the open market.

"There was no shortage of interested, I guess, 'shell' partners. I think Canada has a plentitude of those opportunities available. But ultimately, it was a process of discernment where we had to say, 'okay, the nature of the investor and the management on the other side, do they have a strategic value to us?'" says Ko.

Entheon found that MPV’s investors could add value to the company by bringing in their shared experiences in biotech, pharma and healthcare, and the management team could offer its experience raising money in the public markets.

Picture based on photos by Photo by Dominik Vanyi and Егор Камелев on Unsplash.

What Was The Cannabis Community Thankful For This Thanksgiving?

Cannabis operators tell Benzinga that there is much to be thankful for as the United States heads into Thanksgiving this year. read more