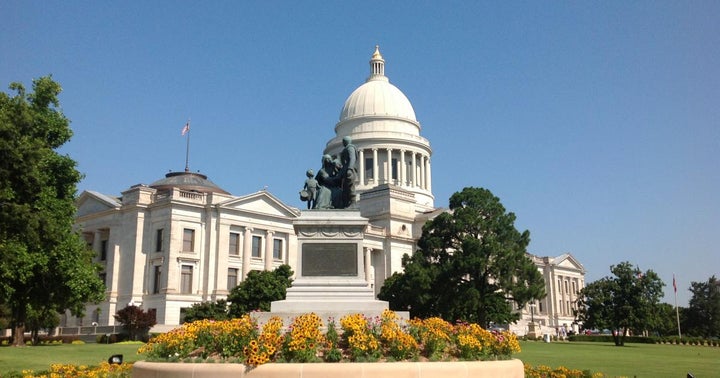 Arkansans voted medical cannabis into law in 2016, with its marketplace opening for sales in May 2019. In the months since the launch, state retailers have appeared optimistic.

Of the 40 allowable dispensaries under the law, 32 have been licensed to date. At the same time, concerns linger over numerous licensees that are not making headway in opening their doors.

As of February 6, 2020, patients have spent $35.69 million on roughly 5,400 pounds of medical cannabis, according to Scott Hardin, spokesperson and communications director for the Arkansas Department of Finance and Administration

"Based on sales to date, we could potentially see annual sales that exceed $100 million with all locations open for business," said Hardin.

The state also offers reciprocity coverage to those visiting Arkansas as long as they have at least one of the state’s 16 approved qualifying conditions.

Erik Danielson is an attorney with experience licensing and operating dispensaries, including Bentonville, Arkansas’ The Source.

While Danielson said he empathizes with some complaints about the market, he believes the state rolled the market out appropriately.

"I know some people complain that our program was slow to get off the ground and that it's too tightly restricted," he said.

“But, what we are seeing is a growing patient population, people finding stores … it's a fairly robust market.”

The market, which is broken into eight zones across the state, is developing better than some expected.

"I would say it is definitely moving at a faster clip than people originally estimated," said Robbin Rahman, executive director of Harvest Cannabis Arkansas in Conway.

A Shortage Of Dispensaries

Despite impressive first-year figures and predictions for future gains, not all are pleased with the Arkansas medical marijuana program.

"Thousands of patients are left behind" due to the limited qualifying conditions and the lack of open dispensaries, said Melissa Fults, exective director for Arkansans for Cannabis Reforms.

"[There are] large geographic areas where people have to travel for several hours to get to the store," he said of the current situation.

An area where some patient advocates and dispensary owners appear to disagree is the price of cannabis.

Fults places the blame on the state's four open cultivation centers, rather than the dispensaries.

The cannabis advocate said a monopoly is in place, as not every licensed cultivation center has opened.

Another dispensary operator who asked not to be identified said that some will criticize cannabis prices regardless of the price point: "everyone complains about the price."

"Too many dispensaries are opening now and driving the availability of product down, thus giving cultivators reason to keep prices high," the CEO said.

Harvest Cannabis's Rahman said a mismatch in price and demand exists in the state.

"In terms of the sheer volume of product for sale there's there's no shortage, and no dispensary in the state runs out of product because it's not available from the cultivators."

It was announced this month that 23 of the 32 licensed dispensaries in Arkansas will be allowed to grow their own cannabis, according to OzarksFirst.com.

The state's fifth and final cultivation center is under construction, according to The Associated Press.

"There is an impediment for some of the customers because it's not costless to be a patient," Rahman said.

Arkansas is actively addressing the issue of unopened retail locations.

The sale of two licenses for unopened stores was turned down this month via a unanimous decision by the state's Medical Marijuana Commission, according to Arkansas Business.

Commissioner Travis Story told the publication that “it’s frustrating when it seems that people [some dispensary licensees] haven’t even taken the first step. To sell it before renewal, it raises a fundamental fairness issue.”

Rahman said that the state needs to make the rules clear.

“Should a licensee who has not done one thing to sort of get off the ground be permitted to just immediately monetize that license for sale?"

The Future Of The Arkansas Medical Cannabis Market

Despite the issues surrounding licensing and open stores, most operators appear confident in the market’s potential.

Some are hopeful that adult use could come via a November 2020 ballot measure; funding and signature gathering are hurdles for such an effort.

The Source’s Danielson touched on lingering conservative views toward cannabis in the state as a possible stumbling block for a recreational market.

"I don't really know if Arkansas is ready for that yet."

The state's Hardin said the focus in on managing the medical marijuana program approved by voters.

"Recreational is not on our radar or anything in which we take a position."