Law Enforcement Struggles To Differentiate Weed From Hemp: This 50-Year-Old Technology Might Be The Solution 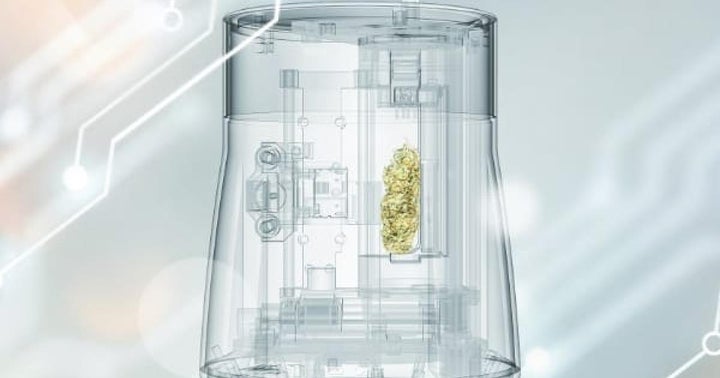 The hemp industry got a major boost from the passing of the 2018 Farm Bill a year ago.

Almost overnight, hemp was no longer considered a controlled substance, as long as plant material contained less than 0.3% dry weight tetrahydrocannabinol (THC), which is the main psychotropic compound in cannabis.

Since the bill was passed, 34 states have made it legal for farmers to grow hemp, and about 16,000 farmers have been licensed to grow the crop. Industry experts forecast the U.S. hemp market to generate more than $25 billion in sales by 2025.

Many Busts Are A Bust

But, with the promise of riches come many new challenges for industry stakeholders. One of the more pressing obstacles involves having to deal with an unexpected development concerning the inability of law enforcement bodies across the nation to effectively distinguish between hemp and cannabis.

This has resulted in confusion and tensions between industry players, who are confident they're abiding by the law, and police departments doing their jobs, fighting illicit substances and their trade.

A few weeks ago, police in New York arrested Ronen Levy, owner of Green Angel CBD NYC, for supposedly dealing in marijuana. Levy claims the 106 pounds of plant material confiscated by NYPD are not comprised of marijuana, but rather of legal hemp. He even has lab reports to back his claims. The case will soon be heard in court.

The USDA’s Call For Proposals

Earlier this year, the USDA publicly asked for proposals for a portable and robust device to help them effectively distinguish between marijuana and hemp.

As simple as this might sound, it's not. Telling weed and hemp apart is hard. THC levels can vary among individual flowers, even within the same plant, depending on multiple factors, including the plant genetics, climate, soil and cultivation practices.

Furthermore, field tests used by law enforcement officers today are not sensitive enough to detect whether the level of THC is above or below 0.3%. This is the case with thin liquid chromatography (TLC) kits, which can detect and identify different cannabinoids but cannot quantify them.

When testing a sample of cannabis or cannabis product with a TLC kit, a highly specific coloring reaction will be generated if THC is present. However, this isn't useful for generating an accurate quantification of the THC, critical for determining if the amount detected is above or below the permitted threshold. Drug-sniffing dogs also don't solve the problem since they will alert on both cannabis and hemp.

One technology that may be able to solve the problem is near infrared spectroscopy (NIRS). It uses the light spectrum to assess the chemical contents of a test subject.

NIRS is not new. It has been is use for over 50 years in the agricultural industry, and the FDA recognizes it as a well-established method for pharmaceutical analysis and supports its adoption by drug manufacturers.

In recent years, however, NIRS solutions have also made it into the cannabis industry. Several players, such as Sage Analytics and GemmaCert, compete in the space. Their solutions allow users to test cannabis potency, measuring the amounts of THC and CBD in a specific sample.

Having seen a GemmaCert machine in action more than a year ago, I asked the company’s CEO, Dr. Guy Setton, what’s next.

"We already have a proven solution in the market which can effectively distinguish between hemp and marijuana within minutes," he said. "NIRS-based solutions may yet make things easier for everyone in the hemp industry. This is what we’re aiming for."

The Issues With NIRS

Houston-based detection product manufacturer DetectaChem recently released a new field test kit that can also differentiate CBD from THC in hemp, CBD products, cannabis, edibles, oils and more. The CBD/THC Differentiation Test Pouch kit also provides a presumptive indication of whether the THC content is above the legal 0.3% limit when using in tandem with the free MobileDetect app. However, it is not nearly as accurate as NIRS.

The company’s director of market development, Greg Giuntini explained that, “NIRS has certainly been a proven method of analytical material identification and distinction for quite some time across various food, feed and agriculture applications. However, a known significant challenge is the need to calibrate systems by building complex statistical spectra specific to individual hemp and marijuana species and variants for accurate results.”

He said this limits the ability to make accurate differentiation of hemp or marijuana species not built into the specific NIRS unit’s calibration models. Additionally, he pointed out the price point of NIRS systems is often prohibitive for most end-users.

“The MobileDetect CBD/THC differentiation pouch uses custom-created colorimetric chemistries that are proven to differentiate between all types of CBD and THC variants regardless of species or grow conditions due to the technology reacting to core chemical structures," Giuntini said.

"Besides CBD and THC differentiation, the automated detection capabilities of the MobileDetect app are able to scan and analyze the reacted color spectrum on the sampled test pouch and make an algorithm-based indication if the THC content is above the legal 0.3% limit. I think both technologies have their place in the analysis toolkit but colorimetrics may be a better-suited solution for mass market adoption due to accessibility and affordable price point."

When questioned about these supposed limitations, GemmaCert’s Settong explained the company has developed a hemp-specific calibration model.

“Since our solution is also cloud based, we have lowered the price so that the vast majority of hemp professionals will find GemmaCert to be affordable,” he said.