Harvard Researchers To Explore Cannabis As Medicine For Less-Affluent Nations 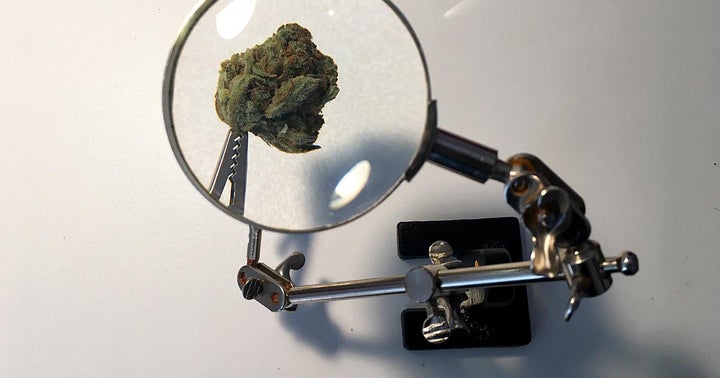 A new collaborative institute aims to study cannabis as part of its mission to increase access to evidence-based plant medicine in poor and developing nations.

The International Phytomedicines Institute (IPI) at Harvard Medical School, was launched on May 26 during the 2019 Global Health Catalyst summit at Harvard Medical School, an annual conference focused primarily on reducing disparities to access to healthcare. Phytomedicine is a plant-based medicinal practice that utilizes plant materials for preventive and therapeutic purposes

Cannabis is one of the primary plants the IPI will begin studying.

The IPI aims to apply the wealth of science and technology at Harvard and strategically partner it with other educational institutions and private industry to convert potential high-impact medicinal plants “to evidence-based pharmaceutical grade products for global health and economic development.”

Leading the effort is Professor Wil Ngwa, who is director of the Global Health Catalyst at Brigham and Women's Hospital and Dana-Farber Cancer Institute, both affiliated with Harvard Medical School. Ngwa sees the collaborations as a key to providing focused and detailed research into the medicinal qualities of the cannabis plant.

Related Story: What Do Older Marijuana Consumers Use And Think? Researchers Now Know

“You need the critical mass of people coming together, and I think that Harvard provides that platform,” he said.

Seed funding for the initiative was provided by the Brigham and Women's Hospital and Dana-Farber Cancer Institute, and it includes funding support and sponsored research agreements with industry partners.

While initial commitments from the launch already have reached $6 million, more funds are expected from ongoing partnership discussions, according to Lydia Asana, Ph.D., coordinator for the Harvard Global Health Catalyst Summit. So far, the focus of the Global Health Catalyst has been research into cancer and non-communicable diseases, but in the last few years researchers at the center developed an interest in pain management, Asana said.

“That led to our initial dabbling with cannabinoids and their potential to be used to manage pain,” she said. “It just seemed like things were coming together and it was a great time to explore this.”

Access to pain medications is severely limited in poor and developing countries. For example, of the 329 tons of morphine-equivalent opioids distributed worldwide per year, roughly 22 pounds went to low-income countries, according to a report from the International Narcotics Control Board (INCB), which looked the average global distribution between 2010 and 2013. The INCB found in a 2015 report that 75% of the world population has no access to proper pain relief medicines.

A study in 2017 by the Lancet Commission on Pollution and Health showed that more than 25.5 million people who died in 2015 experienced serious health-related suffering. Of those, more than 80% of the people who died with serious illnesses that year were from developing regions — and the vast majority lacked access to palliative care and pain relief. Each year, nearly 2.5 million children die with serious health-related suffering, 98% of whom are from developing regions, according to the Lancet report.

“This is a major problem in African countries and Southeast Asian countries,” Asana said.

Related Story: Everything You Should Consider When Traveling With Weed In The US

Ngwa, who used the term “farm to bedside” to describe the breadth of their planned research, said the institute will begin looking at crops with the goal of clearing up the reams of existing, but confusing and conflicting, scientific information on cannabis.

“One of the things that we think is the problem is that each cannabis product, whether it's grown in California or it's grown in Massachusetts, is not the same,” Ngwa said.

Ngwa said the institute will operate in a Drug Enforcement Agency (DEA)-approved facility at the Harvard Institutes of Medicine and other Harvard facilities to provide quality assurance to their industry partners. They'll also begin studying the plant to develop uniform standards and applications.

“We provide high-quality, credible scientific analysis to identify what molecules are present and in what quantities, and can provide comparative analysis based on available data which would inform research conclusions, marketing, etc.,” he said.

The number of collaborators and industry partners represents an unprecedented level of collaboration at the Harvard-based institute.

Locker Room Consulting was founded by a group of professional athletes, including former National Football League (NFL) receiver Calvin Johnson, to help other former athletes in business and philanthropy.

The NFL and the NFL Players Association announced in May 2019 their plan to support additional resources for pain management in athletes, including alternative therapies such as cannabis.

This article was originally posted on WeedMaps News.

Meet 9 Of The Richest People In The Cannabis Industry

The recreational and medical cannabis industry has made great strides in the United States and Canada throughout the past few years. read more

New York City Conference 'Horizons: Perspectives on Psychedelics' A Who's Who Of Notable Speakers

In a welcomed throwback to the days before psychedelic use and research was considered a forbidden topic, the conference “Horizons: Perspectives On Psychedelics” in New York City is an incredible testimony to where the field of psychedelic therapy, and the industry as a whole, is read more