A new report by Cannabiz Media names the most popular point-of-sale systems in the cannabis industry.

The company surveyed almost 1,500 marijuana dispensaries and retailers across the U.S., or around half the total licensed market in the country. Cannabiz Media's results show that only five software companies out of 44 account for 80 percent of the POS segment among dispensaries.

The five POS software vendors that dominate the segment include BioTrack, whose POS software is used by 28 percent of surveyed dispensaries, followed closely by Green Bits at 26 percent.

A total of 12 percent of dispensaries use Flowhub's POS, while 8 percent use MJ Freeway and 5 percent use Adilas, according to Cannabiz Media.

"This report draws from objective empirical data that supports what we’ve known for years: that BioTrack is the dominant point-of-sale software provider in cannabis, having tracked over $18 billion in cannabis sales since 2010 across 32 states, five countries, and 10 government traceability contracts," BioTrack President and CEO Patrick Vo told Benzinga.

The report found that BioTrack has a 53-percent market share in states where only medical marijuana is legal, followed by MJ Freeway with a 29-percent share.

Out of 44 POS software vendors that Cannabiz Media's research discovered, the companies that are among the most popular in both medical and recreational markets are BioTrack and Green Bits.

Why This Is Important

A good POS system is crucial for a dispensary's operation, not only because it accounts for a large part of the customer experience, but also as a means to navigate the cannabis industry's complex guidelines and compliance issues.

The POS system also helps a dispensary save time and maximize sales. The popularity of BioTrack's POS systems shows the confidence that dispensaries have in the software and helps the company further grow as marijuana becomes legal in more states.

“Helix TCS has provided BioTrack with an elevated software development platform that has enabled them to create a next-generation software, building on the software’s current industry-leading functionality, blended with a modern, intuitive user-interface, world-class API and robust feature sets that will address the evolving needs of nearly any licensed cannabis business worldwide,” said Helix TCS Executive Chairman and CEO Zachary Venegas.

Cannabiz Media's survey also found that a number of POS vendors popular in California are not present in other states — suggesting a future opportunity could exist for the companies to expand across state lines.

A Marijuana Store And A Cannabis Dispensary: What's The Difference? 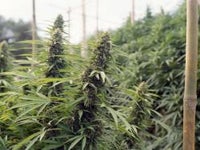 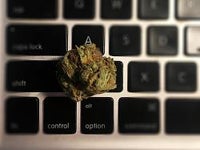