What 'World War Oil' Means For The Sector: Analyst Says US Shale Companies In Trouble 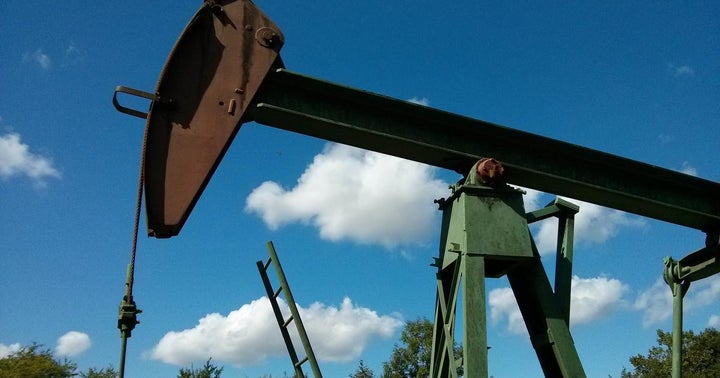 OPEC and its allies "failed miserably" at reaching a consensus during last week's Vienna meeting, although it occurred in part due to differing objectives, JBC Energy Group Chairman Johannes Benigni said on CNBC.

Saudi Arabia's ruling monarchy wants to see oil prices trade "relatively high" in the $60 to $70 per barrel range, but Russia is "content" with $50 oil, Benigni said.

An appropriate term to describe the current status quo would be "world war oil," but the main battlefront isn't necessarily Saudi Arabia against Russia, he said.

U.S. shale players, especially the smaller ones that haven't secured long-term financing deals, are "clearly" heading toward bankruptcy, he said.
The bigger players that survive will be able to acquire cheaper assets, which also implies the market faces a "fantastic" M&A environment, Benigni said.

At the best of times, it is difficult enough to model a price outlook for oil, and the current environment is dominated by "dramatic" shifts in fundamentals, ANZ senior commodity strategist Daniel Hynes also said on CNBC's "Squawk Box Europe."

Markets tend to "push the limits" and test new boundaries, and oil could continue falling to test even lower prices, he said.

Oil and other commodities are unlikely to continue falling in a straight line, as there will likely be a lot of "back and forth" movement, Hynes said.

Copper has been targeted by short sellers, and the bull versus bear battle will create additional volatility moving forward, the strategist said.

Saudi Arabian police officials arrested two members of the royal family under suspicion of not being loyal to Crown Prince Mohammed bin Salman.

His younger brother Prince Ahmed bin Abdelaziz and nephew Prince Mohammed bin Nayer were picked up over the weekend, and the timing is likely connected to the oil dispute, Stratfor's Emily Hawthorne said on CNBC's "Street Signs Asia."

Bin Salman's oil strategy is unlikely to have broad and unanimous support within the family, and the series of arrests is to "reaffirm and reconsolidate his power," Hawthorne said.

The king likely targeted those who are in or close to the line of succession and don't like the idea of lower oil prices, she said.

Ssome experts are speculating the king's health is "poor" and some even speculated that he died, she said.

While Saudi media outlets played footage of the king to confirm he is "alive and well," the fact is that there is a lot of concern over whether his policies are right for the long-term, Hawthorne said.

American voters will be closely watching the results of the 2020 U.S. presidential election after polls close Tuesday, with GOP President Donald Trump and Democratic former Vice President Joe Biden vying for the Oval Office — and so will the oil industry.  read more

Crude oil prices are likely to continue to tick higher until we see U.S. shale oil reactivation displayed as a rising drilling rig count, according to one SEB analyst. read more