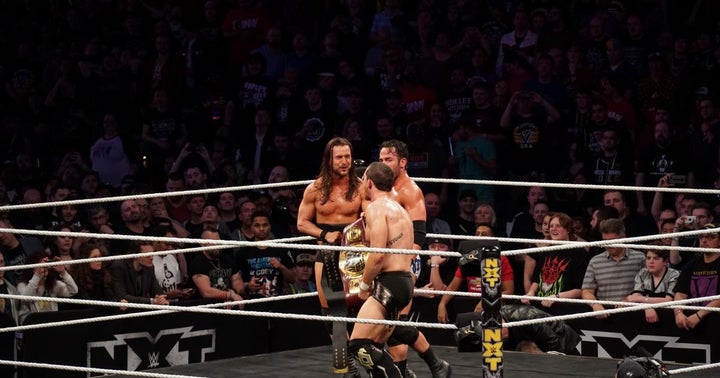 World Wrestling Entertainment, Inc. (NYSE:WWE) shares traded mostly flat on Tuesday after yet another high-profile Wall Street analyst downgraded the stock after a horrendous start to 2020 for the company.

JPMorgan analyst David Karnovsky downgraded WWE from Overweight to Neutral and cut his price target from $80 to $47.

Karnovsky said there are simply too many unknowns to recommend WWE at this point.

“In some ways it feels like we’re right back where we've been with this stock for the last 18 months, in trying to estimate core content revenue and incremental margins,” Karnovsky wrote in a note.

WWE is reportedly negotiating a potential “transformative” deal to bring its WWE Network content to a third-party, but Karnovsky said a deal is likely already priced into the stock to some degree at this point.

He said the WWE Network has fallen well short of its goal of between 3 million and 4 million subscribers, suggesting WWE left money on the table at its $10/month price point for the Network.

Given the uncertain circumstances, Karnovsky said he would only be more constructive on the stock in the mid-$30s price range.

The first step in WWE’s path back to regaining market confidence should be the hiring of one or more well-respected executives to replace the recent departures. If the new management team can follow that announcement up with an impressive third-party WWE Network deal with a top-tier partner, WWE stock could be back on the right track.

Analyst Says WWE Is Making Too Many Missteps, Issues Double Downgrade On The Stock

Analysts Speak Up On WWE's Disappointing Earnings: Could Amazon Step Into The Ring?

Analysts Says WWE Is Making Too Many Missteps, Issues Double Downgrade On The Stock

Analysts Speak Up On WWE's Disappointing Earnings; Could Amazon Step In?