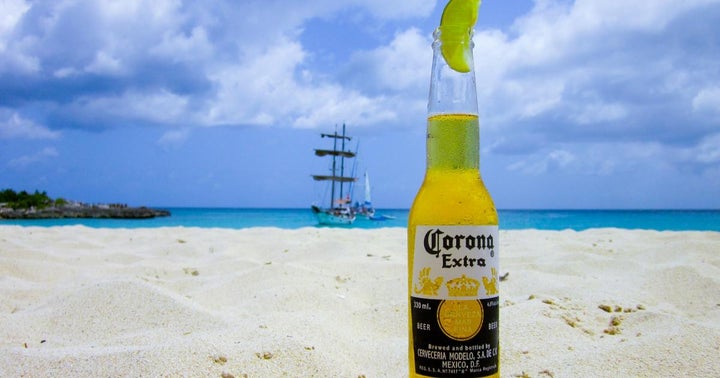 Investors were trickling out of the Constellation Brands, Inc. (NYSE:STZ) party on Thursday and Friday, but sell-side analysts urged them to relax, pop open a cold one, and stick around with the stock.

“A lull in the party calls for more beer,” wrote one analyst. And the beer was good this quarter for Constellation.

Bank of America analyst Bryan Spillane reiterated a Buy rating while lowering the price target from $221 to $220.

Credit Suisse analyst Kaumil Gajrawala reiterated an Outperform rating but lowered the target price from $230 to $228.

Modelo Especial had the highest dollar sales growth in the entire U.S. beer category, noted Herzog, who called Constellation “the best buy in alcohol,” and one of the most attractive stocks in the whole consumer staples sector. Modelo contributed 30% of category growth in the second quarter, and there were also solid gains for Corona.

Modelo’s double-digit growth helped keep the beer category “humming along,” Gajrawala wrote in a note. He sees an opportunity to own the stock on the now lower price, and cited ongoing optimism in raised EPS and cash flow guidance.

“A lull in the party calls for more beer,” was Spillane’s summary of the quarter.

But Herzog was also impressed by the company’s innovation beyond the hot-selling Mexican beers, praising several new or coming products, including a Corona hard seltzer with zero carbs and “virtually no sugar,” Modelo Reserva Tequila and Bourbon, a new low calorie American lager, and Seaworthy Hard Nitro Brew, a coffee-beer combo.

“It’s clear STZ has not been complacent!” Herzog wrote. “In sum, we are incrementally more bullish on STZ given strong FQ2 beer results and the sheer scale of its 2020 rollout.”

After dropping about $10 per share in Thursday's session, Constellation's stock was down 0.67% at $193 heading into the Friday afternoon Happy Hour.

Does Constellation Brands Have A Hard Seltzer Problem?

Alcohol beverage company Constellation Brands, Inc. (NYSE: STZ) has a path to show "faster and more profitable growth" for six reasons and investors should be buyers of the stock, according to Goldman Sachs. read more

Why This Constellation Brands Analyst Sees Beer Rebound Ahead

There’s no question 2020 has been a stressful year for Americans, which is why many people are hoping to forget about business and money this weekend and enjoy the July 4 holiday. For a handful of U.S. companies, the Independence Day weekend will be far from relaxing. read more

Constellation Brands, Inc. (NYSE: STZ) seems poised to come out of the pandemic in a stronger position, as depletions in beer remain robust and the company moves past overhangs like the Gallo transaction, according to BofA Securities. read more