What To Expect From Apple's Sept. 12 'Gather Round' Event

Apple Inc. (NASDAQ:AAPL) announced this year’s “Gather Round” event will take place Sept. 12 to reveal a new line of products. Industry experts have begun to speculate as to which products will make their grand entrances, while taking a closer look at the company’s invitation for any hints.

The invitation, which was sent to the media on Aug. 30, features a gold circle with the words “Gather round.” This event will be hosted at the Steve Jobs Theater, the huge circular auditorium built in honor of the late co-founder.

“The color seems to reinforce rumors of a new iPhone color. The iPhone X does not come in gold, which may be added to the lineup,” Loup Venture's Gene Munster said of the invitation. “Does it hint at the look of a coil, like the ones used for wireless charging? Or is it a hint at a round-faced Apple Watch? We think not, but this invitation is more than a creative look at the event’s location.”

In light of Thursday’s invitation, MacRumors speculated on iPhone specifics. According to the blog post, Apple will release three new models in this year’s line:

Munster expects the new Apple Watch Series 4 to have a larger display, but will it be the same shape as years past?

“While we were not expecting a change in form factor, Apple’s 'Gather round' tagline for the event has us wondering (hoping?) that the company introduces its first round-faced Apple Watch,” Munster said in the post.

When considering the software and hardware implications of such a drastic change, however, Munster considers it unlikely.

Because of the relatively recent update of the iPad Pros in June 2017, Munster questions if the company will host a separate event highlighting this line, as they have done in the past. According to Munster, “the number of new products on this list likely warrants a second event.”

9to5Mac expects Mac updates, as well. According to the post, a MacBook Air replacement, a new mini Mac and a 12-inch Mac update may appear on the company’s docket. 9to5 also said it got its hands on what the new "iPhone XS" will look like.

Aside from the main product lines, MacRumors anticipates a new line of AirPods, with the capability of voice-based Siri activation, as well as the official release of AirPower, the wireless charging mat.

This year’s product line will be the company’s first since hitting the $1 trillion market cap earlier this summer.

What We Know So Far About Apple's New iPhone

Munster: Even If China Levies Taxes On iPhones, Your Cost Will Likely Stay The Same 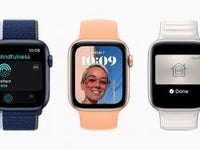 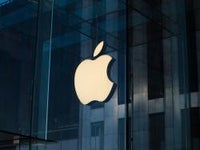