Billings, Box Inc's Key Metric, Were Up 31% In An Impressive Q1

Analysts at JMP maintain a bullish stance on Box Inc (NYSE:BOX) after the company reported its first-quarter results, in which revenue and earnings per share came in better than Wall Street expected.

JMP's Greg McDowell commented in a research report that Box's billings in the quarter rose 31 percent year over year to $99.6 million and came in above the $97.2 million Wall Street expected. The earnings report also marked the company's second consecutive and second-ever free cash flow positive quarter, and also showed strength in its major business drivers of cross-sell and partner momentum.

McDowell concluded that at $19 per share, "Box's valuation implies a 4.5x EV/CY 2018E multiple while a $22 price target implies a 5x multiple, which is still a discount to the peer group median of 6.5x."

Palo Alto's Q3 Bounce Back Is Just The Beginning 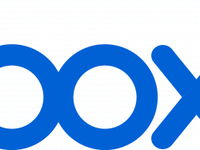 Why KeyBanc Is More Bullish On Box Than Dropbox