An ETF Idea For The Fed Meeting

Next week is a Federal Reserve week with plenty of market participants expecting the Federal Open Market Committee to boost U.S. interest rates. Gold and the related exchange traded products, including the SPDR Gold Shares (NYSE:GLD), often come into focus during Fed weeks.

What Fed Means For Gold

That scenario is predictable as gold is believed to be sensitive to changes in rates because the yellow metal does not offer interest or dividends, supposedly diminishing its allure when rates rise. Additionally, a strong dollar is seen as a hindrance to gold because commodities are denominated in dollars. GLD's roughly 11 percent year-to-date gain is due in part to the dollar being one of this year's most disappointing developed market currencies.

Still, Fed weeks can bring opportunity with gold and gold-related assets, also including the VanEck Vectors Gold Miners ETF (NYSE:GDX). GDX, the largest gold miners ETF, rose modestly last week, which could be a sign of things to come with this week's FOMC meeting on tap.

“In fact, has fared the best of any exchange-traded fund during Fed weeks, hands-down. GDX has ended the week positive 68 percent of the time since 2015, with a stellar average return of 2.53 percent,” according to Schaeffer's Investment Research. “The shares have surged nearly 11 percent since their early May lows, and are on pace to end atop their 10-month moving average for the first time since October.”

GLD is no slouch during Fed weeks, either. The gold-backed ETF has an average Fed week return of almost 1 percent and a Fed week win rate of 68 percent, according to Schaeffer's data. The iShares Silver Trust (NYSE:SLV), the physically-backed silver ETF, is also another credible precious metals play during Fed weeks.

SLV “that takes the cake, as far as win rate. The silver-based fund has ended Fed weeks higher 79 percent of the time since 2015 — in a class of its own — with an average gain of 1.31 percent,” noted Schaeffer's.

Investors have pulled $2.63 billion from GDX this quarter while adding almost $787 million to GLD. SLV has seen second-quarter inflows of $158.7 million. 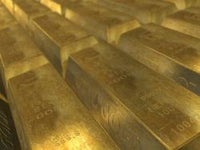 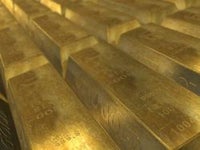 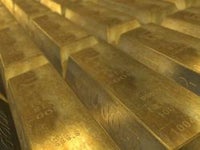 Thanks in large part to demand by investors opting for gold exchange-traded funds, gold is one of this year's hottest assets. However, the yellow metal, like any other security, doesn't move up in a straight line. The largest gold ETF enters Monday 6.39% off its 52-week high after trading modestly lower last week. read more