Smart or strategic beta exchange-traded funds have enjoyed another banner of asset-gathering proficiency. By some estimates, roughly $2 of every $3 that flowed into U.S.-listed ETFs this year have gone into a strategic beta fund, and those inflows are being led by currency hedged funds.

But, as is often the case with U.S.-focused ETFs, investors have displayed a large-cap bias when selecting developed market funds this year, glossing over some potent international small-cap dividend ETFs along the way.

“But the vast majority of assets in international equity ETFs—and the vast majority of net inflows this year—has been concentrated primarily in developed world large-cap strategies. While equity returns for the MSCI Europe and MSCI Japan indexes have, thus far in 2015, exceeded those generated by the S&P 500 Index, the bigger bull market has actually occurred in the smaller-company segment of the developed world,” said WisdomTree Chief Investment Strategist Luciano Siracusano in a note out Monday.

Favored developed markets such as Europe and Japan underscore the opportunities some investors have missed out on by ignoring international small-cap dividend ETFs.

DFE is not a dedicated eurozone ETF, as British and Swedish stocks combine for over 40 percent of the ETF's geographic weight.

Though it is not a currency hedged ETF, the $354.2 million WisdomTree Japan SmallCap Div Fd (ETF) (NYSE: DFJ) is another example of an international small-cap dividend ETF that has shined in 2015. As of the end of October, DFJ was up 15.3 percent this year, topping the MSCI Japan Index by 500 basis points and the MSCI Japan Small Cap Index by about 240 basis points.

Not surprisingly, currency hedging has also worked with Japanese small-caps, as the WisdomTree Japan Hedged SmallCap Equity Fund (WisdomTree Trust (NASDAQ: DXJS)) has surged nearly 18 percent. DXJS has taken in $81.1 million of its $196.4 million in assets since the start of this year.

Explaining The Divergence In Returns

“What accounts for the divergence in returns? Part of it can be explained by sector concentrations, country and currency exposure. Another reason: Small-cap stocks are less tied to the global economy and often more sensitive to inflections in local economies. This can be partly explained by the historic tendency of small-company stocks to outperform large caps,” added Siracusano.

The WisdomTree Europe Hedged SmallCap Equity Fund (NYSE: EUSC) is another example of an international small-cap ETF worthy of more attention. Though it is up just two-thirds of a percent this year, EUSC has raked in almost $240 million in assets under management since coming to market in early March, making it one of this year's most successful new ETFs. 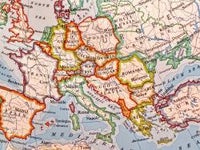 U.S. investors are getting used to large-cap equities outperforming small-cap rivals. That wasn't often the case in bygone eras, but over it's been happening here for five straight years. read more 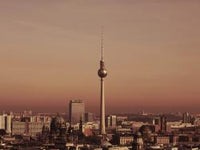 A Surprising Source Of Value In European Equities 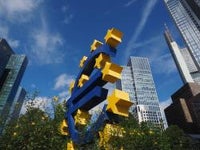 An ETF For The End Of The European Malaise

Get Paid To Wait On This Europe ETF's Resurgence