EUR/USD Forecast: Technically Neutral, But The Risk Of A Bearish Extension Increased 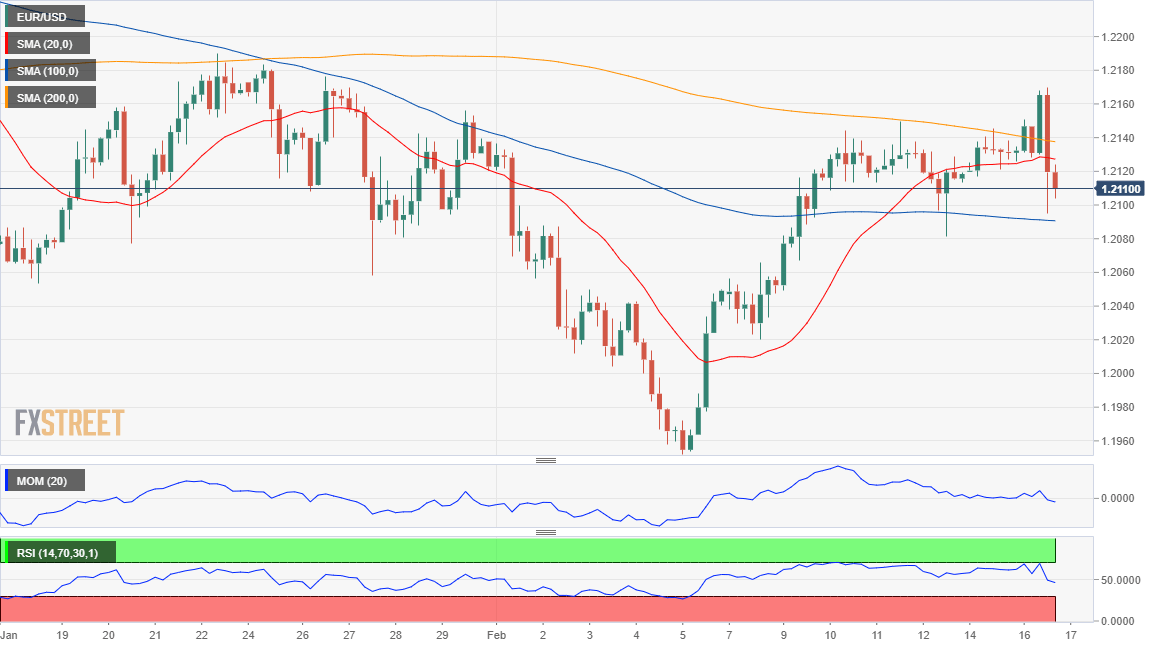 The American dollar fell throughout the first half of the day, finally attracting some buyers with Wall Street’s opening. Market players finally acknowledged the strong momentum of US Treasury yields, which soared to their highest in a year.  The yield on the 10-year note hit 1.292%, while that on the 30-year note moved stood as high as 2.095%. The EUR/USD pair traded as high as 1.2169, retreating afterwards to settle in the 1.2110 price zone.

The shared currency got a temporal boost from local data, as the German ZEW survey showed that Economic Sentiment in the country improved in February to 71.2, while for the whole EU, it surged to 69.6 from 58.3. Also, the EU Gross Domestic Product was upwardly revised from -0.7% to -0.6% in Q4.  As for the US, the country published the NY Empire State Manufacturing Index for February, which improved to 12.1 from 3.5, beating the expected 6.

This Wednesday, the EU will release December Construction Output, while the US will publish January Retail Sales, expected to have gained 1% after falling 0.7% in the previous month.

The EUR/USD pair is trading around 1.2110 after bottoming at 1.2094. The pair remains neutral in the near-term, trading between Fibonacci levels. The early advance was rejected from the 23.6% retracement of the November/January rally while a key support level is the 38.2% retracement in the 1.2060 price zone. In the 4-hour chart, EUR/USD is trading between directional moving averages, a sign of an absent trend. The Momentum indicator seesaws around its midline while the RSI is stable at 47, skewing the risk to the downside.

View Live Chart for the EUR/USD