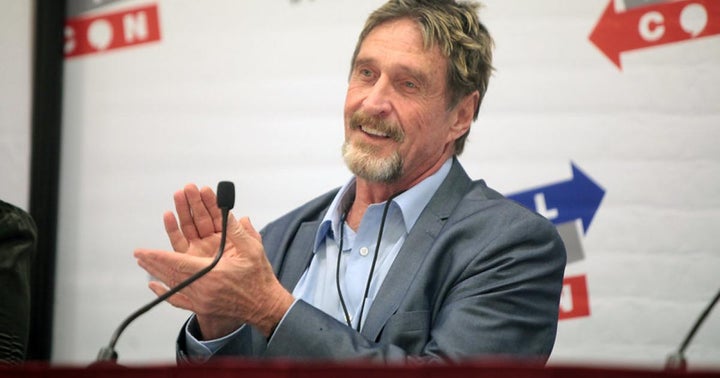 Federal prosecutors have indicted John McAfee, founder of the antivirus software company McAfee Corporation (NASDAQ:MCFE) although he is no longer associated with the company, with conspiracy to commit commodities and securities fraud, conspiracy to commit securities and touting fraud, wire fraud conspiracy and substantive wire fraud, and money laundering conspiracy offenses related to two schemes involving the fraudulent promotion of cryptocurrencies to investors.

Jimmy Gale Watson Jr., who was identified by prosecutors as an executive adviser of McAfee's cryptocurrency team, was also indicted on the same charges. Watson was arrested last night in Texas while McAfee, who resigned from the leadership of his eponymous company in 1994, has been held in Spain since October 2020 on tax evasion charges.

What Happened: According to prosecutors, McAfee and Watson, along with other associated, perpetrated their fraud in the period around December 2017 through October 2018. The first scheme was a "scalping" or "pump and dump" endeavor that involved the purchase of publicly traded cryptocurrency altcoins at low market prices, with the plan to have McAfee endorse them on his popular "Official McAfee" Twitter (NYSE:TWTR) account.

McAfee then published false endorsement tweets about the altcoins in order to artificially inflate their value, without mentioning his ownership of the altcoins, which were then sold when McAfree's Twitter follows invested in them and drove up the price. McAfee, Watson and their associates pocketed more than $2 million while the long-term value of the altcoins dropped after the Twitter promotions ended.

In a second scheme, the Official McAfee Twitter account was used to highlight initial coin offerings (ICOs) sold as securities by startup businesses. McAfee did not alert his Twitter followers that he was being compensated with a percentage of funds raised from ICO investors. This occurred between December 2017 and February 2018, with McAfee, Watson and their associates earning more than $11 million in undisclosed compensation.

What Happens Next: McAfee and Watson are both charged in a seven-count indictment that includes the following:

In addition to potential prison sentences, each of these charges also carries potential financial penalties.

"The defendants allegedly used McAfee's Twitter account to publish messages to hundreds of thousands of his Twitter followers touting various cryptocurrencies through false and misleading statements to conceal their true, self-interested motives," said Manhattan U.S. Attorney Audrey Strauss. "McAfee, Watson, and other members of McAfee's cryptocurrency team allegedly raked in more than $13 million from investors they victimized with their fraudulent schemes. Investors should be wary of social media endorsements of investment opportunities."