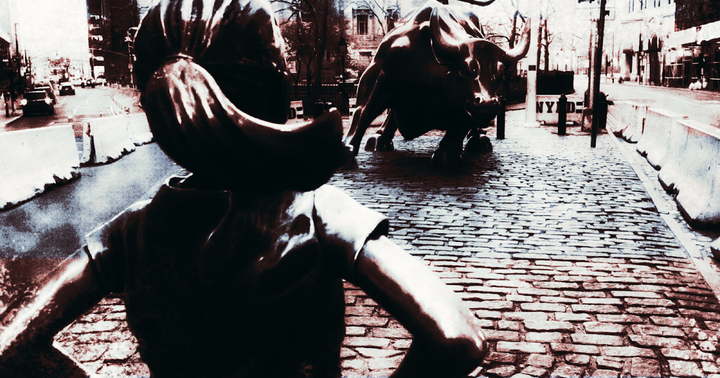 Photo by Lloyd Blunk on Unsplash

Dumb money is a term institutional investors and mutual funds use to refer to a group that doesn't have access to analysts or compiled data (sometimes considered synonymous with retail investors). they often make trades based on instinct. Of course, the availability of information on the web has challenged the delineation between informed and uninformed buyers.

How retail investors on Reddit broke the stock market by using it properly — and were punished for their actions.

Learn about cryptocurrency
There are many common catchphrases you will find in white papers of most blockchain projects, but among them is the idea of “democratizing finance” — taking power out of the hands of the financial elite and giving it to the will of the people.

But it takes events within traditional markets to show us in practical terms what decentralized finance is fighting for.

On Wednesday 1/27/21, GameStop shares gained another 120% in Wednesday trading in New York. This was an unexpected turn of events from the point of view of institutional investors — but the real news is who is driving GameStop’s gains.
For those who are not familiar, Subreddit /r/WallStreetBets (which claims nearly 400,000 followers) has been working on this particular market movement for some time. Their motivations are multi-faceted:

Institutional investors were predictably displeased with this unexpected turn of events. But unlike the small investors using mobile trading apps with low to no fees, traditional finance was able to flex on the system itself.

Popular mobile investing app Robinhood responded to Wednesday’s spike in GameStop prices by freezing the purchase of GameStop shares, causing a 44% dip in prices. Selling GameStop shares was still allowed — but purchase was restricted, in essence forcing investors to follow the script institutional investors had devised. Nokia, Blackberry, and AMC have also been the darlings of the Reddit crowd so the purchase of their stocks was also restricted on Robinhood and similar no-fee apps.

Facebook also shut down a popular Robinhood Stock Traders group which had 157,000 members. It was allegedly taken down for violating policies unrelated to stock price surges

GameStop droped 44% after Robinhood and others restrict trading according to CNBC After Hours.

So, once again power had returned to the financial elite. I imagine they breathed a sigh of relief — the mob had been put down and balance had been restored, with all the power going to the establishment.

It turns out closing trading to manipulate the market may not be entirely legal.

On Thursday, one Robinhood customer filed a class-action lawsuit against the stock-trading app for barring traders from buying shares of GameStop and potentially preventing retail investors from making gains on purchase.

The lawsuit, filed in the Southern District of New York, stated: "Robinhood's actions were done purposefully and knowingly to manipulate the market for the benefit of people and financial institutions who were not Robinhood's customers.”

Robinhood explained the stock-trading restrictions Thursday as a way to curtail "recent volatility." In a blog post said it will only allow users to close out their positions in those stocks, which include GameStop (GME), AMC (AMC), Bed Bath & Beyond (BBBY), and Nokia (NOK).

Robinhood lifted the restriction and shares in GameStop Corp. soared in U.S. pre-market trading. The stock climbed 103% at $393.01 at 4:05 a.m. in New York, while other picks of the WallStreeetBets forum also rallied, with AMC Entertainment Holdings Inc. up 62% and Express Inc. up 43%

Many voices from the crypto space had sharp rebukes for what they regarded as the financial elite trying to maintain a stranglehold on the market.

In a CNBC interview, Anthony Pompleono, Co-founder & Partner at Morgan Creek Digital, called the response by Robinhood “Un-American”. He went on to say: “Information, communication, and access create a level playing field… Retail was right about Bitcoin, Tesla, retail was right about Gamestop… open up the markets and allowed the free market to reign. If the hedge funds are scared of competing against retail and the free market that tells you everything you need to know… ”

Pompleono continued to use the event as an example of the need for decentralized finance.

“The second they start to find exploitations within the market and mistakes that large hedge funds have made. And the second they start exploit the weaknesses or the mistakes the markets get shut…We now have manipulated markets where the free market does not reign and therefore we are going to accelerate the digital decentralized financial system…”

Jason Lau COO of OKCoin provided comments which included, “This is another step in showcasing why we need permissionless, censor-resistate technology. It is obvious financial markets are not free and are highly controlled by brokers, lobbyists, and regulators. Hedge funds had a banner year in 2020 from all the retail flow into the market…but now that they aren't winning this GME game they changed the rules. Crypto is an entirely free market; you hold your assets, no rules about high net worth accredited investors, zero barriers to entry, and all tools and data are available for everyone…This is truly a time for crypto and decentralized finance to shine.”

Nick Neuman, CEO of Casa, a Bitcoin buying platform said, “The key thing people should realize is that institutional trust is fragile. You can trust Robinhood to let you invest — until you can't. It happens with the flick of a switch and no warning… The difference with Bitcoin is that you have an option to be in full control. By holding your own keys, you are the only one with control over your bitcoin; that is true monetary freedom.”

Danny Brewster, Managing Director at FastBitcoins commented, “…those with money and influence will tilt the table as much as they can to benefit themselves, and it will be labelled as if it is going to protect the retail investors… I hope they learn the lesson of chasing overnight riches is a foolish errand. I would also hope it is humbling for institutional investors. However, that is much more unlikely.”

Dave Portnoy, internet celebrity investor and blogger was incensed, stating on Twitter he would “burn Robinhood to the ground” if they stop free market trading.

We have listened to analysts and crypto pundits claim for months that institutional investors are driving the current BTC run. Perhaps we should pay more attention to the “dumb money” from retail investors. The internet has given them access to information, the ability to organize and communicate, and easy, cheap access to the markets. It’s unrealistic for traditional finance to enjoy the profits of these small investors — but object when they impact the market.
This experience has shown us the fragility of traditional markets — and makes an interesting counterpoints for crypto detractors who point to volatility and lack of regulation as reasons to stay away, when, clearly, the market is not prepared for all eventualities and the major players are ready to shut the system down when things don’t work to their advantage.

The highly visible activity has only increased interest in mobile trading apps. According to data firm Apptopia, Robinhood had the most downloads ever in a single day 2.6 million on Jan 27

Ranked #1 on Apple App Store.  Reddit was the second most downloaded app.

Dogecoin Is Losing The Interest Of Americans: What You Should Know

The “interest over time” in Dogecoin (DOGE) is waning, according to Google Trends, a search trends feature that measures how frequently a given search term is entered into the search engine run by Alphabet Inc (NASDAQ: GOOGL) (NASDAQ: read more

Why Sysorex Stock Is Up 97% Over The Last 24 Hours

The stock price of IT solutions provider firm Sysorex (OTCQB: SYSX) is seeing a sudden and rapid surge. read more

What Is The Options Market Saying About Coinbase?

Just a few trading days after the stock’s direct listing, Coinbase options have also begun trading. Below we’ll look at how traders are pricing potential movement, and how options can be used. read more