Cannabis Crypto Has Fallen Flat So Far, But Similarities Between The Sectors Remain 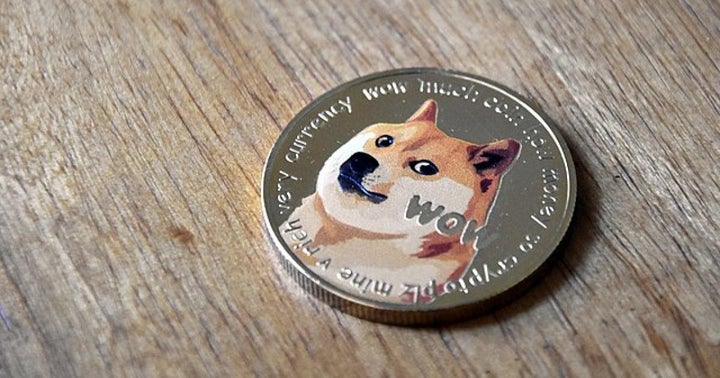 The similarities and differences between cannabis and crypto have been well-documented in recent years.

The nascency of both spaces and their uncertain regulatory frameworks create ample amounts of volatility with room for windfalls and lost shirts.

With soaring highs and crushing lows, both sectors have provided investors with opportunities to score big on short-term success. At the same time, they risk losing significantly over everything from lawmaker comments to tweets from market leaders like Elon Musk.

There are also illegal ventures on both sides of the market. For a select few, they're alleged to have been engaged in illicit activities in both cases.

Regardless of how someone operates in the sectors, it's clear that people see opportunity in cannabis and crypto.

Scores of investors view cannabis and crypto as long-term plays, but there are those looking for that quick gain. Despite other coins joining the fray and adding to the volatility, Dogecoin has remained a darling in the media and to select investors.

With the similarities in place, does cannabis have its own Dogecoin capable of short-term success and possible long-term gains? Is there a crypto option an investor may want to look at in the cannabis space?

At the current time, all signs point to no.

Several cannabis-based crypto coins have hit the market, with a miniature rush coming in 2014, backed by options like PotCoin (CRYPTO: $POT), CannabisCoin (CRYPTO: $CANN), DopeCoin (CRYPTO: $DOPE) and HempCoin (CRYPTO: $THC). However, nothing has come close to making much of an impact close to Dogecoin or any other prominent options.

Each coin has attempted to make cannabis purchases easier, be it facilitating customer sales or between retailers and cultivators. So far, none have made much of an impact, with PotCoin having the highest value of the four, trading at $.0119 as of July 23, 2021, at 12:55 pm EST.

Julian Morris, principal financial planning firm Concierge Wealth Management, said Potcoin represented the closest comparison to Dogecoin as a meme option. He added that it would need a significant boost to gain similar traction in any leading cryptos.

Harrison Jordan, a Toronto-based cannabis lawyer, consultant and CEO of NFT marketplace HUP.LIFE, noted that most of the coins from the 2014 rush have largely faded away.

Jordan said one possible factor could offer a significant boost to the market. "If there's any catalyst to bring the industry together, it might be the upcoming federal decriminalization bill being introduced in the U.S."

Similar Enthusiasm But Cannabis Has The Assets

While similar in enthusiasm, concerns over viable assets continue to make some investors and analysts uncertain about crypto.

Jack Weinstein, consulting chief financial officer for Northstar Financial Consulting Group, believes that both crypto and cannabis display high levels of investor enthusiasm. However, Weinstein, who spent three years in cannabis with Redbird Bioscience before joining Northstar last year, said he favors cannabis and its assets over what he called "essentially an unsecured security."

Weinstein added that besides some possible underlying tech, crypto lacks the value presented by sectors like cannabis. "An investor in something like Dogecoin, for example, is purely making a speculative play," he said. "At least cannabis companies truly have assets and operations."

Despite the concern in crypto assets, the firm believes blockchain could provide immense value to cannabis. Northstar CEO Lorenzo Nourafchan thinks that blockchain could add efficiencies to seed-to-sale tracking that offers more insights and clarity than current options.

Nourafchan said a cannabis coin might excel if it could create a digital payment system that worked across the industry rather than a company or state. He added that such a coin would need to provide "fundamental value" through digital banking and that no current option offers such value.

The following post was written and/or published as a collaboration between Benzinga’s in-house sponsored content team and a financial partner of Benzinga. It only took six months for the newest cannabis ETF to reach $1 billion in assets. read more

EXCLUSIVE: 'We Raised $172M In The 1st Quarter,' Says Joe Caltabiano About His New Cannabis Co.

Joe Caltabiano, founder of Choice Consolidation (OTC: CDXXF) and co-founder of Cresco Labs (OTC: CRLBF), was a guest at the read more

EXCLUSIVE: Urban-Gro CEO Explains Why Cannabis Needed Fintech And How He Met The Call

Bradley Nattrass, CEO and Chairman at Urgan-Gro (NASDAQ: UGRO), was a guest at the Benzinga Cannabis Hour, live from the floor of MjBizCon in Las Vegas. Watch The Full Interview read more