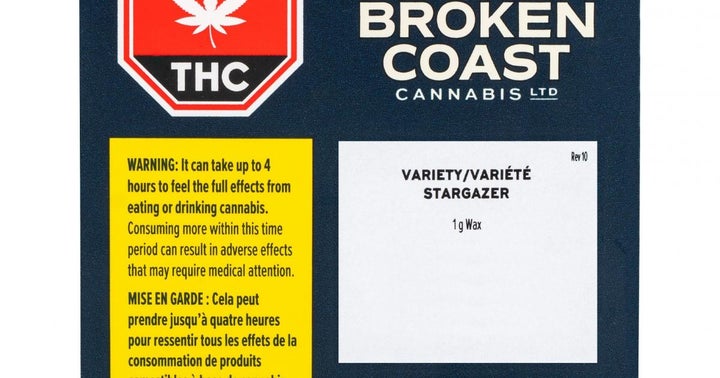 Broken Coast is a British Columbia-based cannabis producer that was acquired by Aphria in February 2018 for around CA$217 million ($175.12 million).

The new product, Broken Coast Wax, is crafted with B.C. flower and is part of the company's award-winning list of cultivars in Canada. It is rich in THC (70%), providing “a clear expression of each cultivar’s profile,” according to the company.

The cannabis producer said it relies on hydrocarbon extraction procedures to extract desirable cannabinoids and terpenes from the flower.

This marks the third recent innovation by Broken Coast, coming after its entrance in the cannabis 2.0 space with 510 Capes and the launch of a new dried flower strain, Pipe Dream.

Wax will be reachable in single 1-gram units in various strains such as Muskmelon OG, Stargazer and Up In The Sky.

At the moment, the new product can be purchased online and in specific retail stores. It will hit the shelves of stores in other markets across Canada (except Quebec) in the following months, Broken Coast said.

"We're really excited to see our cannabis made into a wax. The quality and unique terpene profile of each strain really shines through,” Kevin Anderson, Broken Coast's head grower, said in a statement.

“I think people are going to really enjoy experiencing their favorite strains in a concentrated form. It is thrilling to provide our consumers a variety of consumption options that are in line with Broken Coast's quality."

Aphria recently announced it has fulfilled one of the conditions for its merger with Tilray Inc. (NASDAQ: TLRY) after its shareholders approved the arrangement at a special meeting. The merger received a 99.38% approval rate.

It has also released earnings for the third quarter and nine months ended Feb. 28, revealing quarterly net revenue of CA$153.6 million. This was a year-over-year increase of 6.4% and a sequential decline of 4.3%.

Aphria shares were trading 3.68% higher at $14.6 per share at the time of publication.