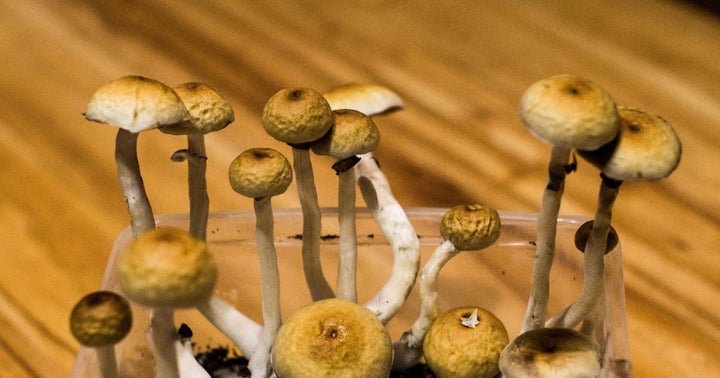 Emotional Intelligence Ventures, a company dedicated to research and production of botanical psychedelics, announced a public stock offering using the Reg A+ Framework.

The company received qualification from the Securities and Exchange Commission to launch a Regulation A+ Tier 2 offering, which allows retail investors and the general public (and not just institutional and accredited investors) to take positions in the company before a public listing.

Ei. Ventures’ main differentiator in the space is a self-imposed directive to work exclusively with non-synthetic, plant and fungi-based ingredients for both is psychedelic and non-psychedelic products.

Mana products include plant and fungi formulations, created after an analysis of over two thousand botanical ingredients. The company expects to launch these products in the near future.

“One is a product called Psilly, the second product is called MY-MDMA, and the third one is called MY-DMT. All three products are products that would be used in very, very low dosage, somewhere around one to five milligrams,” said Nikzad.

Psilly is a psilocybin-based formulation, currently in pre-clinical stages.

“MY-MDMA is a botanical analogue that is similar in structure to MDMA but it is not synthetic,” said Cecil Robles, the company’s chief strategy officer.

The product is touted as a plant-based replacement of MDMA, with fewer side effects. And, according to the company, plants used in its production are 100% legal.

A similar approach is taken for MY-DMT, a DMT botanical analog. Both products are in the discovery stage; pre-clinical work has not begun.

EI Ventures expects to bring these products to market in the next 24 months through therapeutic legislation. Since the company works with natural and botanical ingredients, it hopes to navigate regional markets where plant-based psychedelics have received exceptions.

“Because we are not synthetic, the efficacy and the laws are different for us. So our goal is with places like Oregon and Canada, we will be able to bring these products to market much quicker than a synthetic product,” said Nikzad.

Nikzad believes that the market for synthetic psychedelics is moving at a slow pace. In fact, he said he doesn’t expect synthetic molecules to be legalized before 2027.

“There's going to be no fast-tracking psychedelics. So it's going to take a long time before somebody goes through phase 4 and actually gets full legalization,” said Nikzad.

“All the timelines that are being put out there with other companies are false,” he added.

“We know that synthetic products take almost 12 years to get legal and they take usually somewhere around five hundred million dollars.”

While both natural and synthetic psychedelics are being presented today as major improvements in the treatment of mental health conditions, with great benefits against traditional pharmacological treatments, Nikzad discards the medicinal value and efficacy of synthetic molecules.

“That’s where funding is going, new and old designer drugs and synthetics that are as dangerous as the opioids on the market today,” he told Benzinga.

SEC Qualification And Plans For The Future

Nikzad said that achieving SEC qualification is crucial for maintaining a transparent image with investors.

He criticized other companies in the space, who only list in Canada through foreign issuer qualifications, thus avoiding U.S. reporting.

“It disguises people from being transparent with what they have in their financials. We're a company that is in the U.S. We want to abide by U.S. securities laws,” said Nikzad.

“We control and own most of our company. And really when we look at our business plan and what we submitted to the SEC, you know, we want to be in this business for 10, 20, 30 years. We want to be a very big company in the space,” he added.

At this point, it is unclear how any psychedelics company listed in the U.S. would overcome the issue of psilocybin being a schedule 1 substance in the eyes of the DEA.

“We are not making claims of entering any state or how we will do that because we simply do not know what the regulations or legalities will be,” said CSO Robles.

“At the end of the day,” concluded Nikzad, “we will be in 1000% compliance and work with the FDA/HealthCanada and other agencies on a clear path to access.”