Can You Smoke Hemp? 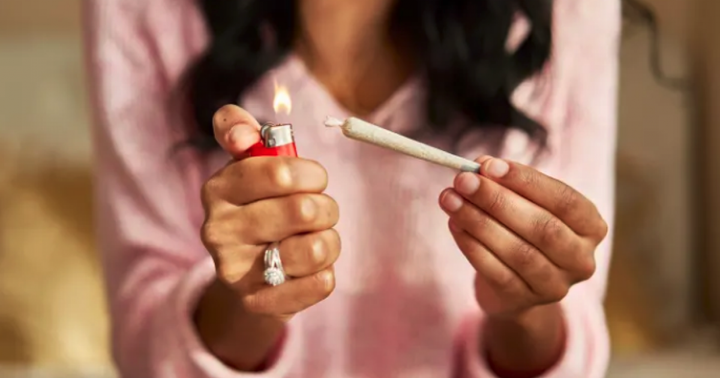 This article by Dante Jordan was originally published on The Bluntness, and appears here with permission.

When it comes to industrial hemp, one of the first questions on cannabis consumers’ minds is: can you smoke it?

Because hemp is a variety of cannabis plant that contains almost zero THC, novice consumers wonder if loading a bowl or rolling a joint of hemp is even worth it.

Short answer: Yes, you sure can smoke hemp.

Long answer: Yes, you sure can, but the experience of smoking hemp will vary widely from the traditional cannabis you’re used to purchasing at your local dispensary.

Additionally, just thinking of hemp as something to smoke is very shortsighted as the plant so many more benefits.

Pull up a chair, my friend, it’s time to get to the nitty gritty of the cannabis sativa variety known as hemp.

Is hemp our most underrated resource? | Photo by NickyPe from Pexels

Hemp is a variety of Cannabis Sativa L. plant that contains significantly less tetrahydrocannabinol (THC) than the cannabis we all associate with getting us high.

Most believe that hemp is defined by having less than 0.3% THC, however, 0.3% THC is simply the arbitrary limit of legality set by the US government.

Depending on the plants’ genetics and how they are grown, some hemp strains can produce more than the legal limit of THC, thus becoming what’s known as “hot hemp.” Legally, hot hemp has to be destroyed, a subject of much debate considering the THC can be extracted out of the plants.

Hemp is indengous to Central Asia, and grows tall with skinny leaves, a characterization of most cannabis sativa plants in general.

The plant has four major components (stalks, seeds, roots, and leaves/flowers) that humans have used for tens of thousands of years to produce a wide variety of products, hence why it is also called industrial hemp.

Hemp seeds, meanwhile, rich in healthy proteins and fats, have been used to make different types of foods, animal feeds, oils, healthcare products, and even paints and fuels. Hemp roots are used to create certain medicines and composts, while the hemp flowers and leaves create medicine, and the smokeables that led you to this article in the first place.

A Hemp Foundation graphic shows a detailed list of how humans use each part of this plant.

Though the plant has shown a wide variety of industrial uses, the production of hemp was restricted in 1937 by the U.S. government’s passing of the Marihuana Tax Act, and then along with all forms of cannabis, it was fully prohibited by the 1970 Controlled Substance Act.

However, in December 2018, the government finally reversed this poor decision with the passing of the Farm Bill. Initially, the recent legality of hemp and consumer interest in cannabidiol (CBD) led to a booming CBD industry, however, according to a story by Politico, the oversaturation and gold rush mentality of the industry have the bubble ready to burst.

Way more research is needed before any true concrete claims can be made about hemp, CBD, and their health benefits on humans; however, there is growing interest in them for help with relief from many common physical and psychological ailments.

Some of the conditions that hemp CBD may help relieve include:

For more information on hemp vs. health, peep sources like WebMD, Healthline, and Harvard Health.

In 1985, legendary cannabis activist Jack Herer (yup, like the strain) published the Emperor Wears No Clothes about hemp, its history, its prohibition, and all the ways he believed the plant could save the world. He also proposed a $100,000 reward for anyone who could disapprove of the claims he made.

How Is Hemp Different from Marijuana?

Hemp and cannabis are technically the same thing, but… | Image by DimStock from Pixabay

Hemp and marijuana come from the same species of plant, but differ in the levels of chemical compounds they contain, and the psychoactive effects of those compounds.

In a sentence, you could say marijuana is the type of cannabis that gets you high from consuming THC; hemp is a type of cannabis that doesn’t get you high, but still provides some of the therapeutic health benefits attributed to certain cannabinoids and terpenes. Just as the chemical profiles and experiences of THC-dominant cannabis vary by genetics, so does hemp, and the key to finding relief is learning which of them works best with your endocannabinoid system.

Though they are both cannabis plants, the name marijuana was invented by the government to scare people away from using hemp, as well as a reason to be racist against Mexicans.
Smoking hemp won’t get you “high”, but you could still feel a certain altered state of mind and body after consuming it. It just won’t be that super buzzed feeling you feel after smoking joints, taking dabs, and vaping THC-inclusive hash oils.

Instead, you’ll probably feel a certain clear-headed calm sweep over you, something that opens your mind, makes your body feel relaxed. The only surefire way to know how hemp affects your body is to consume it and see.

Can You Smoke Hemp?

In terms of safety, yes, you can definitely smoke hemp leaves and flowers. It is the same as any other traditional cannabis products: toss it in a grinder, break it down, roll or load it up.

And just like the weed you purchase from dispensaries, only purchase your hemp products from reputable sources that can prove their products are clean and within compliance for human consumption via certificates of analysis from reputable cannabis testing labs.

Many companies sell hemp flower and hemp pre-rolls for people that prefer to actually smoke their medicine. Additionally, some companies have begun producing hemp cigarettes in an attempt to help people transition away from tobacco cigarettes.

Still, hemp smokeables tend to have a bland, unappealing, earthy terpene profile, followed by a somewhat harsh smoking experience. Because of this, the more popular methods of taking in hemp’s benefits tend to be vaping CBD distillates with terpene additives, edibles (gummies), topical creams, and sublingual tinctures. Or eating hemp seeds and foods as a super protein source.

The Future of Hemp

According to Markets and Markets, the global industrial hemp market is projected to grow at a Compound Annual Growth Rate (CAGR) of 34% from USD 4.6 billion in 2019 to USD 26.6 billion by 2025.

The market is driven by people consuming hemp products for their health benefits, which explains why so many of these people aren’t interested in smoking hemp flower (smoking anything isn’t the best for your lungs/body, sorry).

However, the future of the hemp market in the U.S. largely hinges on education. Most people are still unaware of the many beneficial applications of hemp, be it as a superfood, textile, or biofuel product.

Once these hemp applications are embraced, the demand for hemp crops will grow exponentially.