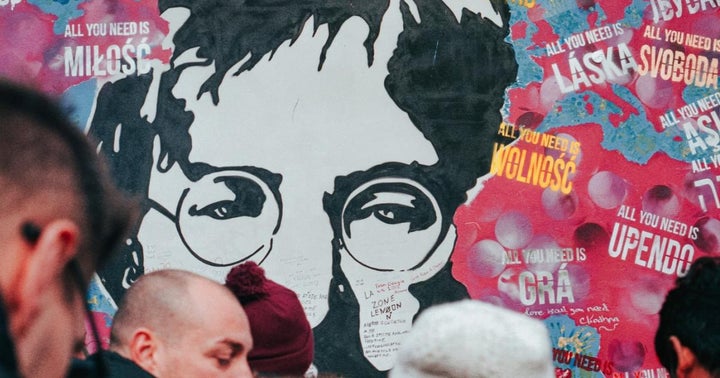 This article by Alfonso Colasuonno was originally published on Goldleaf, and appears here with permission.

Cannabis has a longstanding and powerful association with the arts. It’s no surprise that many famous actors, musicians, writers, artists, and comedians have been some of the most ardent supporters not just of cannabis reform, but also of recreational use of the herb.
Read on for thirty of our favorite celebrity quotes about cannabis:
“I enjoy smoking cannabis and see no harm in it."

Jennifer Aniston, Actress
“I occasionally borrow pot from my kids. They do a little weed occasionally. ‘Here Dad’ – or more likely, ‘Dad, have you got any?’”

“I do smoke, but I don’t go through all this trouble just because I want to make my drug of choice legal. It’s about personal freedom. We should have the right in this country to do what we want, if we don’t hurt anybody.”

“It really puzzles me to see marijuana connected with narcotics, dope, and all of that stuff. It is a thousand times better than whiskey. It is an assistant and a friend.”

“I think people need to be educated to the fact that marijuana is not a drug. Marijuana is an herb and a flower.”

“I have no interest in smoking marijuana, but I can’t see any reason to keep someone of age from lighting up.”

Henry Rollins, Musician
“So what if I’m smoking weed onstage and doing what I gotta do? It’s not me shooting nobody, stabbing nobody, killing nobody. It’s a peaceful gesture and they have to respect that and appreciate that.”

“Marijuana prohibition is just the stupidest law possible…Just legalize it and tax it like we do liquor.”

“I’m all for marijuana legalization. I think you can make a lot of money as a government by treating them like cigarettes and getting your taxes off of them and building roads and taking care of people that need to be taken care of. I don’t think it would lead to any more use. The fact that it’s illegal doesn’t stop anybody I know, so why not allow everybody to benefit from it?”

“I hope they legalize marijuana and when they do I’ll be the first fucking person in line to buy my pack of joints.”

“I have always loved marijuana. It has been a source of joy and comfort to me for many years. And I still think of it as a basic staple of life, along with beer and ice and grapefruits – and millions of Americans agree with me.”

Hunter S. Thompson, Journalist
“I think pot should be legal. I don’t smoke it, but I like the smell of it.”

“Marijuana is a useful catalyst for specific optical and aural aesthetic perceptions. I apprehended the structure of certain pieces of jazz and classical music in a new manner under the influence of marijuana, and these apprehensions have remained valid in years of normal consciousness.”

“If everyone smoked weed, the world would be a better place.”

“Struggle is the enemy, but weed is the remedy.”

“Even if one doesn’t smoke pot, one has to see the benefits of decriminalizing it!”

“I smoke a lot of pot when I write music.”

“There’s no good reason to continue prohibition, and we need to consider ending prohibition in general.”

“Marijuana was the main thing that promoted non-violence amongst the youth because as soon as they have it, first of all, you have to laugh at your first experiences. There’s nothing else you do but laugh, and then, when you’ve got over that and you realize that people aren’t laughing at you, but with you, it’s a community thing, and nothing would ever stop it, nothing on earth is going to stop it, and the only thing to do is to find out how to use it for good, or for best.”

“I believe in individual rights, I mean, I would like to see everybody be able to smoke pot. That’s a waste of our money to incarcerate all those people. I’m totally a libertarian in that sense.”

Susan Sarandon, Actress
“Instead of taking five or six of the prescriptions, I decided to go the natural route and smoke marijuana.”

“40 million Americans smoked marijuana; the only ones who didn’t like it were Judge Ginsberg, Clarence Thomas, and Bill Clinton.”

“Why is marijuana against the law? It grows naturally upon our planet. Doesn’t the idea of making nature against the law seem to you a bit…unnatural?”

“I find it quite ironic that the most dangerous thing about weed is getting caught with it.”

“Sometimes you just gotta say ‘fuck it’ and smoke a big ass joint.”

Tommy Chong, Comedian
Not everyone feels the same way about cannabis as you do. If you need help dealing with someone who has an anti-pot perspective, click here to read our post on the best approaches to change someone’s mind about cannabis.
Read the original Article on Goldleaf.