Weldon Angelos, Once Imprisoned For Cannabis, Is Fighting To Make Sure Others Aren't 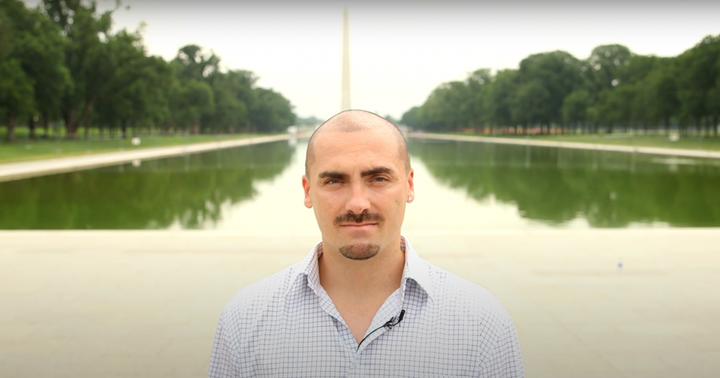 Marijuana arrests trend downward in America. Yet, scores of individuals remain imprisoned for cannabis-related offenses on the federal and state levels.

This underscores the ongoing disparity between the drug war and the legalized markets.

Weldon Angelos was incarcerated for a non-violent offense. In 2004, he was dealt a mandatory minimum sentence of 55 years spanning numerous marijuana and weapons charges under federal code 924(c), which calls for the "stacking" of compulsory minimums for dealers carrying guns during their crimes.

Angelos contends he did not have a weapon. However, the charge stuck.

Angelos, who had no prior offenses as an adult, was bound to a sentence that the presiding District Court Judge, Paul Cassell, did not support.

Cassell would become a prominent supporter of commuting Angelos' sentence. Over the years, support came from some noteworthy people and businesses, including Snoop Dogg, Senators Mike Lee and Cory Booker, and Koch Industries.

Angelos recalled how Judge Cassell explained his sentencing's absurdity by noting that it would take combining minimum sentences of child rapists, terrorist hijackers and bombers to equal the term levied for cannabis.

Despite the overwhelming support, Angelos would have to wait until May 2016 to receive his release under then-President Barack Obama.

In December, he was granted clemency by President Donald Trump during his final weeks in office. Trump would do the same for 12 additional cases in his final group of pardons and commutations in the last hours of his term.

Now, Angelos heads up an advocacy group, The Weldon Project, that hopes to ensure others don't end up snared in the system and its mandatory minimums just as he had.

A Life's Dream Diverted
Mandatory sentencing took away 13 years of Angelos' life for what was essentially a drug deal of a few hundred dollars and weapons allegations.

Jailed in California and his family living in Utah, Angelos experienced the strain and end of the relationship with the mother of his children while seeing his sons just once as they matured into young adults. His father would also pass months before his release.

Each ordeal tested Angelos to no end.

"I had to, sort of, block it out because it'll destroy you if you keep thinking about it every day," he said of the emotional pains experienced while incarcerated.

The effect on his career was staggering as well. Before his arrest, Angelos was a prominent hip hop music producer, working with Snoop Dogg and other West Coast hip hop stars in Los Angeles and his native Salt Lake City.

Prior to his arrest, Angelos was already asserting himself in the industry with a record deal. He'd sign a new multi-million dollar contract just before his trial, believing the matter would be resolved soon enough, allowing him to return to work.

"I thought I would beat most of the charges and maybe only have to serve a year or something," Angelos said.

Much like his family, the music industry had changed drastically over the course of his sentence.

"The music industry was so different," he recalled. "I think it gave me a little bit of PTSD because the experience was pretty traumatic."
Related link: If Weed Is Legal, Why Are So Many People Still Being Arrested And Locked Up?

Now Free And Advocating For Others
Post-prison life did not see the end of Angelos' tireless work ethic that got him to the music industry's top.

The same drive that saw him complete as many projects as possible before sentencing now fuels Angelos and his team at the Weldon Project, an initiative to fund social change and financial aid for those imprisoned for cannabis.

A signature component of the venture is Mission [Green], which aims to see cannabis offenders released while creating avenues for expungement and pardons.

Prominent partners in the endeavor include KushCo Holdings Inc. (OTCQX:KSHB), which aimed to co-market the initiative and donate up to 50% of the sales on select KushCo products.

Fighting for the freedom of cannabis offenders includes advocating for the passage of the First Step Act. A parameter of the act includes banning the practice of stacking gun charges, including those similar to Angelos'.

"There's so much more to do," Angelos said, noting that the First Step Act lowered — not banned — minimum sentences on drug charges.

"There's still a lot of mandatory drug minimums on the books."