The Mystery Of Out Of Body, Near Death, And DMT Experiences 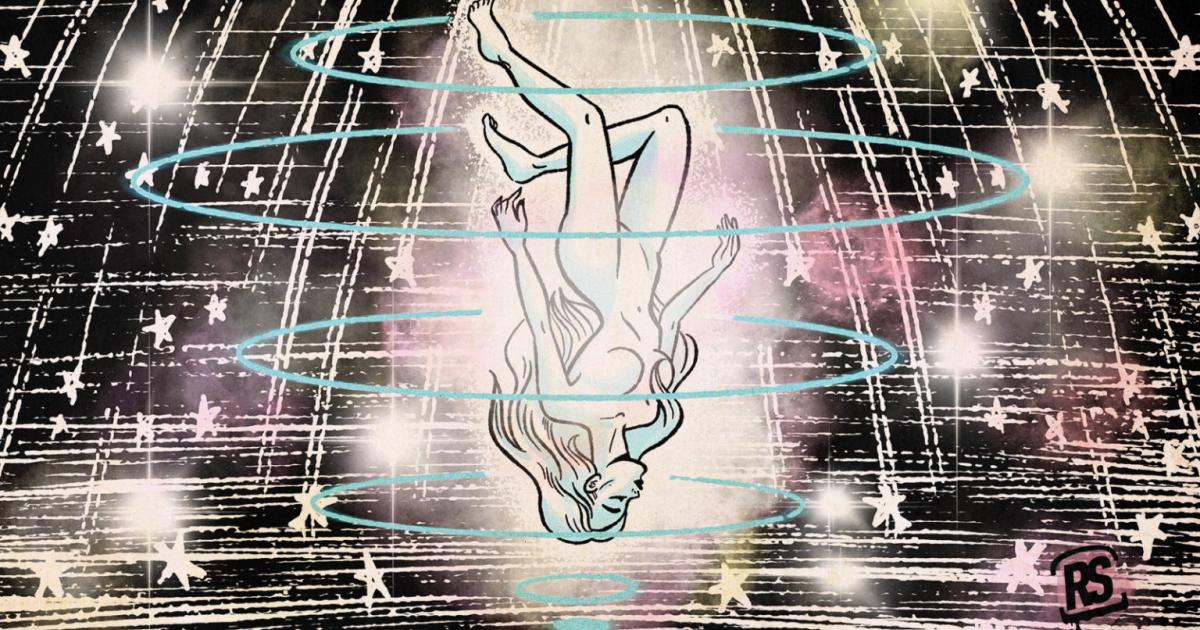 This article was originally published on Reality Sandwich, and appears here with permission.

Do We Have Souls or Are We One With the Universe?

Many religious traditions believe that humans possess an immaterial soul. According to such traditions, the soul is the non-physical essence of who we are and the source of our conscious mind. Many such traditions hold that this soul is immortal and survives the death of the physical body. Other spiritual traditions, such as Buddhism, hold that there is no separate identity living within us. According to this perspective, this inner sense of having an immaterial self is a trick of the mind that stands in the way of recognizing the true, perfect, unitive nature of existence.

The second perspective, let’s call it the unitive perspective, fits very neatly with modern science while the former is very much out of fashion. Belief in an immaterial soul often rests on a dualistic worldview in which matter and mind are separate substances, a worldview that has been seen as unsalvageable over the past centuries of western thought. Why pay it any attention in that case? If science, philosophy, and certain spiritual traditions all stand in agreement behind a coherent unitive worldview, why spend time reflecting on a less elegant perspective that is seen by many as outdated?  One major reason is a class of relatively common experiences that fit well with a belief in immaterial souls but are less easy to explain from the unitive perspective.

OUT OF THE BODY

People in many cultures have reported the experience of leaving their bodies behind as they travel the world in an immaterial form. In some cases, people report that they can do this at will.  In the West, the theosophical society used the term “astral projection” in the 19th century to refer to this ability.  G.N.M. Tyrrell introduced the term Out of Body Experience (OBE) for this phenomenon in his 1943 book, Apparitions.  This term was later popularized by Robert Monroe in his 1971 book Journeys Out of the Body.

OBE researcher Susan Blackmore found that one in ten people report having had an OBE in their life.  What does an OBE involve?  Typically, the individual experiences their “self” to be floating above their body, to which it is often felt to be connected by a silver cord.  The individual feels as if they can see their environment from a new vantage point, including looking down on their own body.  Unlike many subjective phenomena, the claim that the environment can be seen from another perspective brings the claims of such perceptions into the realm of empirical science–we can test to see if people gain new information during their OBEs.  Many such experiments have been performed but no conclusive evidence in favor of the literal interpretation of the nature of OBEs has been found.

What are we to make of such an experience?  First, we may want to question the reality of the “self” that is felt to be dissociated from the body.  Both Buddhist philosophy and modern neuroscience show that this “self” is an illusory construction of the mind, rather than an entity with its own independent existence.  If there is no immaterial self living within us it is hard to imagine that such experiences reflect this non-existent self leaving the body.

What about the experience of getting a new perspective on one’s environment?  Everything we know about how our conscious perspective is constructed is linked to our physical sense organs.  Without eyes to interact with light energy, how can the disembodied self see?  Descartes argued that perception was an innate capacity of this immaterial soul, but this is an idea that has consistently failed to stand up to philosophical and scientific scrutiny.

On the other hand, we know the mind is capable of enormously creative feats of imagination.  Your experience of the world at every moment can be thought of as a controlled hallucination.  In dreams, your mind constructs whole new worlds of experience seemingly out of nothing.  The ability to shift perspective on one’s environment, therefore, seems well within the capability of the human mind.

Spontaneous OBEs can occur when one is falling asleep or is in a state of light sleep.  In these cases, they can precede experiences of lucid dreaming, in which the dreamer is aware that they are dreaming and may have control over the dream itself.  The correlation between these experiences and sleep may be seen as further evidence for a mechanism similar to dream generation being responsible for OBEs.  It has also been suggested that OBEs may be linked to the phenomenon of sleep paralysis.  During certain stages of sleep, the body becomes paralyzed in order to stop us from acting out our dreams.  If the link between sleep and paralysis becomes decoupled, we can either find ourselves sleepwalking or waking up to find that the body can’t move.  In the latter case, people often report interpreting the physical experience as a fear-inducing entity holding them down.  Such experiences show that the human mind is very capable of constructing perfectly real-seeming experiences to make sense of unusual situations.

As living censures, evolution has crafted us to be exquisitely concerned with our own survival.  In the latter half of the 20th century, psychologists Nandor Fodor and Jan Ehrenwald proposed that OBEs reflect a defense mechanism that evolved to deal with situations where death is possible.  Under extreme stress, people’s sense of self can become distorted, as the mind attempts to disidentify with the physical body that is in danger.  These are known as states of dissociation.  This protective mechanism may help reduce the severity of any subsequently experienced pain and may also produce a sense of being located outside of one’s body.  Such an account refers back to the idea that, rather than having its own independent existence, the self is a psychological construct that is highly malleable.  This psychological construct is usually coincident with the body but does not have to be.

Near Death Experiences of Other Realms

During brushes with death, many people have the experience not only leaving their body but also have the experience of visiting other realms or dimensions.  A medical doctor, Eben Alexander, had such an experience during a coma brought on by meningitis which he documented in his book, Proof of Heaven.  Another medical doctor, and author of Heaven and Back, Mary C. Neal, had a similar experience after nearly drowning following a kayaking accident.  The common features of Near Death Experiences (NDEs) are of leaving one’s body, as in the OBE, and spending time in an ultimate reality that is characterized by an overwhelming feeling of love.  In this place, the individual typically interacts with beings, which may be felt to be angels, and a presence, which may be felt to be God.  There can also be autobiographical content, memories from one’s life, and encounters with loved ones.  The experience ends with the individual returning to their body.  NDEs routinely have life-changing effects on people.

Scientists have argued that these experiences may be produced by oxygen shortage and other changes in neurochemistry that can occur under extreme stress.  Such explanations may account for what triggers such experiences but they do not account for the structure of the experience which is consistent across individuals.  One the one hand, we have the literal interpretation of such experiences which rests on the idea of the source of the conscious mind being an immaterial soul, a claim which cannot be accommodated in our scientific understanding of the world.  On the other, we have no scientific theories of what accounts for the remarkably consistent contents of such experiences.  For NDEs to be truly explained by science, such a theory will be necessary.

Could such experiences have a neurochemical origin?  A high dose of the psychedelic dimethyltryptamine (DMT) can produce what are known as “breakthrough” experiences.  During such experiences, individuals feel themselves to be shot out of this world, down a tunnel before bursting into an overwhelmingly ecstatic, colorful world populated by frantic entities.  As with NDEs, people routinely find this other world to feel more real than this one and “remember” that it is where they originally came from.  Recent scientific research has confirmed that the DMT experience mimics the NDE experience [1].  This raises the possibility that the nature of this “other world” can be studied scientifically.  Dr. Andrew Gallimore and Dr. Rick Strassman have proposed a method for administering DMT in a way that would allow an individual to explore this space for long periods of time [2].  A training program called DMTx has even been set up to train psychonauts who wish to explore the extended-state DMT experience.  The aim is to test if this experienced realm is a freestanding reality that has its own independent existence.  The DMT experience represents a perfect opportunity to investigate the nature of experiences in which one feels decoupled from the physical body.

Listening to the Message

We currently have no fully convincing explanation for this class of experiences, making them a fascinating mystery.  The history of scientific knowledge suggests that eventually, we’ll be able to accommodate them into our worldview.  On the other hand, it’s not impossible that they actually represent something so outside of mainstream conceptions of the nature of reality that comprehending them will require a gigantic paradigm shift in our thinking.

In trying to understand how these experiences come about, however, their messages can often be overlooked.  If they come from within us, they seem to be reminding us of the fundamental importance of love in living a good life, that death is not to be feared and that we are at home in the universe.  If they originate from outside of us, the same still holds true.   Perhaps we should be balancing our need to understand these experiences with the act of listening to, and living by, their messages.

5 Athletes Who Healed With Psychedelic Therapy

This article by Jennifer Walker-Journey was originally published on Psychedelic Spotlight, and appears here with permission. read more

This article by Jill Ettinger was originally published on Psychedelic Spotlight, and appears here with permission. read more

BB, BBBY, DDS: How Retail Option Traders Are 'Supercharging The Short Squeeze' In GameStop And Other Potential Bubble Stocks