What Are The Most Abundant Cannabinoids? 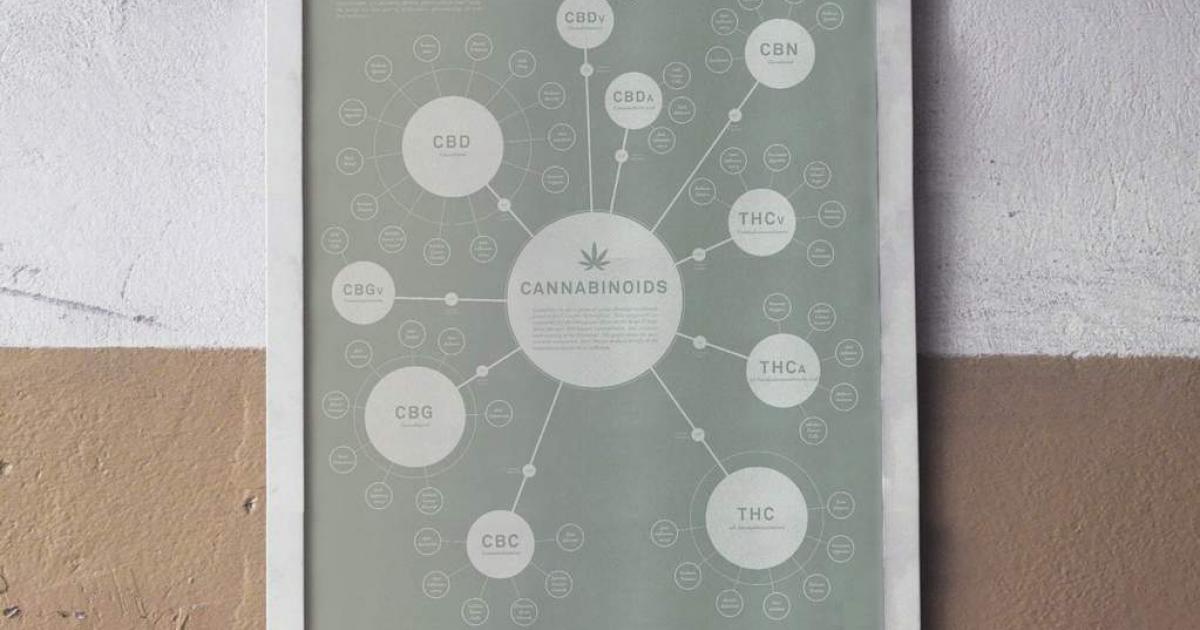 This article was originally published on Goldleaf, and appears here with permission.

Everyone fascinated by the science behind cannabis is familiar with two of the most common cannabinoids: THC and CBD.

However, did you know that the cannabis plant can produce at least 144 cannabinoids?
While research on the properties of all 144 of these compounds is not yet available, credible information does exist for all of the most abundant cannabinoids.

The Most Common Cannabinoids

THC is the most abundant cannabinoid within most cultivars. This compound is the main psychoactive component present in cannabis. THC is known to be effective in treating pain, relieving depression, fighting nausea, suppressing muscle spasms, slowing nervous system degeneration, reducing eye pressure, and stimulating appetite (hence, “the munchies.”) THC levels vary in flowers, with the average between 12 to 18.7%.

Like THC, CBD is one of the most common cannabinoids. Unlike THC, CBD does not bring on a feeling of being “high.” CBD is known to be useful in treating a host of medical symptoms, with effectiveness in improving insulin resistance, treating epilepsy, acting as an anti-inflammatory agent, inhibiting cancer cell growth, and relieving anxiety, among many other applications. CBD levels vary in flowers, but are typically between 1 to 4%. However, with the rising demand for cannabidiol, CBD-rich cultivars (those with more than 4% CBD by weight) are becoming more common. Some high-CBD cultivars worth exploring are Harlequin and Cannatonic.

CBN in another of the most abundant cannabinoids. CBN is mildly psychoactive, yet not nearly as potent in that respect as THC. CBN is typically found at higher amounts in aged cannabis or outdoor-grown cannabis. This compound is created when THC degrades after being exposed to oxygen and ultraviolet light. CBN is effective in suppressing muscle spasms, relieving pain, and overriding insomnia. Cultivars with around 0.5% CBN are common in cannabis grown outdoors.

CBC is another common cannabinoid. This compound is found mostly in juvenile plants, although “mutant” cultivars with an inability to produce THC or CBD effectively are often rich in CBC. CBC is mostly known for its ability to provide pain relief and act as an anti-inflammatory, but it’s also effective in promoting healthy bones, inhibiting the growth of cancer cells, and slowing bacterial growth.

Despite being one of the most abundant cannabinoids, CBG rarely exceeds more than 1.5% in optimally-grown cannabis. Growers who find that their cannabis has substantially higher percentages of CBG, say 5%, either harvested too early or are witnessing a mutation. CBG is not a psychoactive compound. It is effective in treating inflammation and pain, and combatting cancer. In its acidic form (cannabigerolic acid), CBGA can be understood as the “grandparent” of THC and CBD, since THCA and CBDA derive from CBGA.

THCA is the acidic form of THC. It is present in cannabis that has not been dried or decarboxylated (heated) to convert the acidic forms of cannabinoids, like THCA or CBDA, present in untreated cannabis into the more familiar THC or CBD. THCA does not produce the exact same effects as THC. One notable difference is that THCA is not particularly psychoactive. Among the conditions which receive relief from THCA are inflammation and cancer. If you specifically want to have THCA be part of your therapeutic protocol, we advise that you use products made without heating, such as glycerin or alcohol-based tinctures, water-extracted hash, or cannabis-based juices.
CBDA (Cannabidiolic acid synthase)

Much like its activated form (CBD), CBDA is a non-intoxicating cannabinoid. Further research needs to be done on CBDA, but it is believed to be efficacious in treating epilepsy and trauma-based anxiety. When decarboxylated at 295 degrees Fahrenheit, CBDA transforms into CBD.

THCV is another of the most common cannabinoids. One of the interesting aspects about THCV is how it affects a person’s “high.” THCV amplifies the psychoactive properties of THC, yet it also reduces the longevity of intoxication. Cannabis cultivars native to Asia and Africa are more likely than domestic cultivars to have elevated THCV levels. THCV is being studied as a potential treatment for diabetes by GW Pharmaceuticals.

CBDV is one of the most abundant cannabinoids. It’s found primarily in CBD-dominant cultivars and indica landraces from Asia and Africa. Like CBD, CBDV is non-intoxicating. At present, GW Pharmaceuticals is actively studying the potential of CBDV to treat autism spectrum disorder.

For far too long, research on the beneficial properties of cannabinoids has been suppressed. Fortunately, this situation is changing in the United States, which is poised to catch up with Spain, Italy, Israel, and Canada as one of the global leaders in research on the medicinal properties of cannabinoids. We at Goldleaf promise to keep you up to date on these fascinating developments.

Read the original Article on Goldleaf.