'An Evolution Of What's Possible:' Panel Explores Blurring Of Psychedelics And Technology 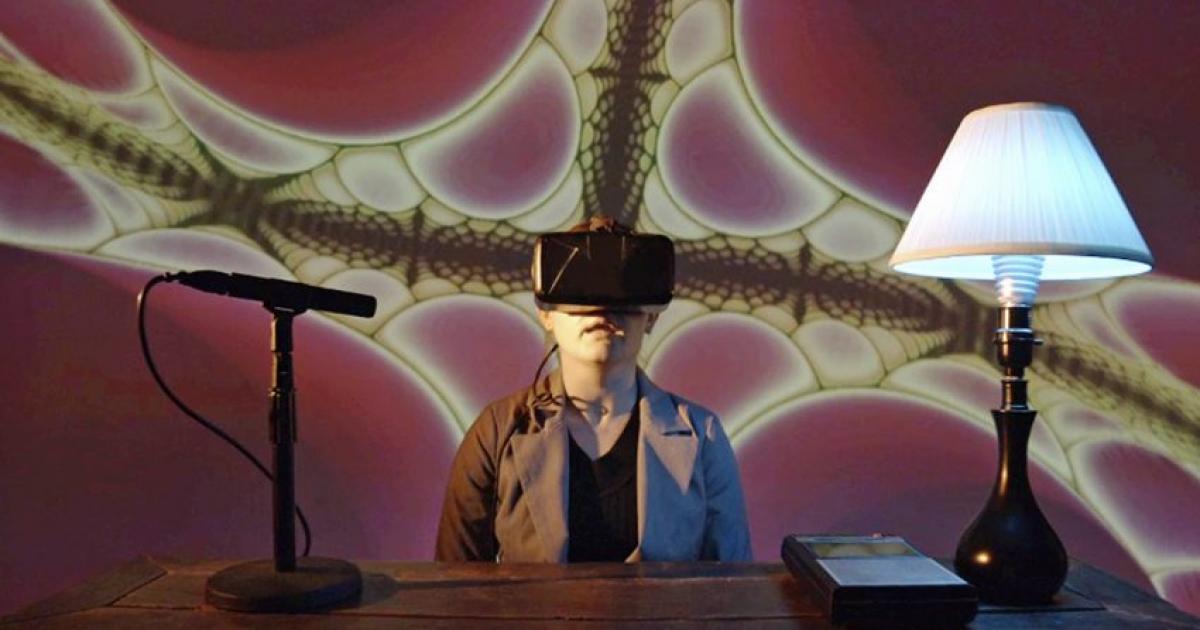 After quitting their jobs as concept designers with Jaguar/Land Rover in 2018, a pair of college buddies set out in search of their next professional adventure with the stipulation that it be rooted in a desire “to help people achieve freer, more fulfilling lives.”

Tom Galea and Jay Conlon, who met while attending the University of Liverpool in London, began interviewing people worldwide to learn more about what motivates them. After poring over the data, they concluded that people who reported reaching higher levels of fulfillment had gone through personal growth cycles, which they defined as having discovered a fresh perspective and embraced true change. Generally, they found, those personal growth cycles were sparked by a specific point of inspiration.

“We wanted to try to work out how we could target inspiration,” Galea said.

It was from there, Galea said, that they began researching the subconscious. That journey led them to launch Lumenate, a company that uses technology to make subconscious exploration more accessible.

The duo is now among a growing group of entrepreneurs and activists exploring the largely uncharted intersection between the everyday technologies that power most our lives and the increasingly credible research into psychedelics as both catalysts for self-realization and treatments for mental health conditions.

Galea, who described Lumenate’s offerings as a “primer” for a psychedelic experience, was among a panel of professionals who recently discussed how technology is impacting the future of psychedelics. The panel discussion was part of a larger “Psychedelic Capital” webinar presented by Microdose Psychedelic Insights, a company that coordinates events focused on the psychedelic industry.

The panel touched on ways cell phone apps, video games and artificial intelligence are helping to shape the future of a group of plants – including Psilocybin mushrooms, commonly known as magic mushrooms – that are generating increased attention for their potential medical benefits.

Although the speakers focused on how technology can enhance a psychedelic experience or make one more accessible, they stressed that tech should not supplant natural substances.

“We absolutely should not be looking to replace the wisdom of these plants and fungi,” said Robin Arnott, CEO and founder of Andromeda Entertainment, a video game developer. “That [plant wisdom] goes beyond human intelligence and human wisdom.”

Much of Wednesday’s panel focused on how emerging tech can help users tap into their inner selves and achieve some of the therapeutic benefits – particularly related to mental health – that studies have linked with natural psychedelics.

Founded in Bristol, England, Lumenate started by offering group experiences where up to 30 people were guided through what the company described as a “journey deep into their subconscious” using sound effects and a 360-degree stroboscopic light system.

Galea described the state reached by people in the group experiences as “almost exactly in between deep meditation and classic psychedelics.” Participants were advised to keep their eyes closed throughout the experience so that the stroboscopic lights could help their subconsciousnesses conjure up “kaleidoscopic, colorful” visuals, Galea said. The length of the sessions varied.

Galea said people in the sessions often reported detachment from their bodies and time. The hope, Galea said, was that people would learn from each of the experiences and use them to “transform their lives.”

The COVID-19 pandemic wiped out those group experiences, so the company began developing a mobile app the owners hope will bring a similar experience directly to users’ phones.

Arnott, the head of Andromeda Entertainment, pointed to video games as a platform to expand that experience even further.

“What gaming gives us is interactivity,” he said.

Arnott compared the immersive experiences offered by his company’s games to a reader being impacted more by projecting his or herself into the story they’re reading.

Narratives are a frequent element of dreams and psychedelic states, he said, just as they are with books and video games.

A key difference, he said, is that video games allow for an active experience, rather than a passive one.

“Gaming takes it a step further because you’re actually enacting, playing out,” he said.

The Austin, Texas-based Andromeda Entertainment’s first title, SoundSelf, uses the player’s voice, along with lighting and other interactive elements, to create its experience. Described by the company as “more than guided meditation… less than a handful of psilocybes,” the game invites players, wearing a VR headset, to explore a hypnotic world of sounds and visuals that are designed to feel as if they are coming directly from the player’s body.

“Measured by scientists to produce transcendent states of consciousness, SoundSelf is an elegant symmetry of image, sound and body that takes advantage of loopholes in the way you perceive to facilitate a new experience of yourself and your world,” the company says of the game, which is available on the Steam and Oculus platforms for $29.99. There is no direct objective in the game, which was designed to give each player a unique experience.

Arnott, who said he had a personal “awakening” with psychedelics eight years ago at Burning Man, said SoundSelf players report a “dissociative experience” typically within five minutes, and a heightened sense of connection and unity typically within 10 minutes.

“In my mind, this is an evolution of what’s possible with games,” he said.

Each of the panelists agreed that technology will play a significant role in the future of psychedelics and how they are used.

Danilo Tomanovic is president and founder of Machine Learning Deep Dive, which offers supports for people and organizations interested in using artificial intelligence and algorithms to solve real-world problems. He started the company after discovering that pharmaceutical companies use machine learning – the study of computer algorithms – to help develop treatments, particularly for mental health conditions.

He’s hopeful to be able to use machine learning and AI – which could compile extremely detailed data sets about human brain function, as an example – to produce data that will help researchers better understand how to treat people for a variety of mental health conditions.

Tomanovic said that data, as it relates to psychedelics, could help scientists better research things like how certain substances affect the chemistry of the brain or a person’s sense of awareness.

The concept, he suggested, could also reduce research and development costs for medications.

It’s not uncommon, Tomanovic said, for a pharmaceutical company to spend 10 years and $1B on R&D to create an approved drug.

“Deep learning will essentially take those 10 years and compress it into days,” he said. “It’s a quantum leap. It is definitely a big shift.”

Perhaps even more significant, according to some of the panelists, is that the emerging technologies discussed on the panel could make psychedelic-like states a lot easier for people to obtain.

Arnott noted that people are often drawn to video games due to their novelty. People with no interest in trying a magic mushroom, he said, would likely play a video game if they were told it could give them a similar experience.

“We can give to people who are looking to distract themselves something that can actually take them to a deeper, inward path,” he said.

Galea shared a similar outlook. He said his mother, who normally would have no interest in psychedelics, participated in one of Lumenate’s group experiences “and it really helped transform her understanding of the space.”

Psilocybin is known as the active compound in so-called “magic mushrooms”, yet most psilocybin used in clinical trials today is synthesized in laboratories without the use of biological material. As psychedelics-assisted therapy gains momentum, investors need to understand the difference between the current available means of obtaining psilocybin. read more