Will Trump Legalize Pot To Win Re-Election? One Top Lawyer Thinks He Could 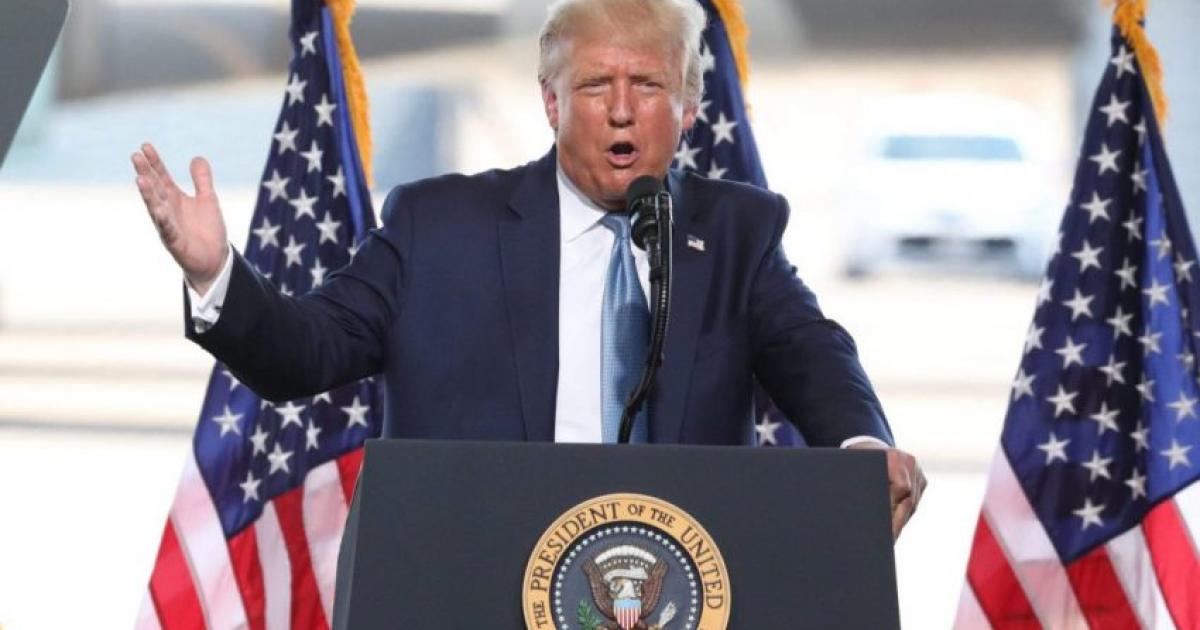 A prominent attorney whose firm represents several major cannabis companies said he believes there’s a “substantial” chance President Donald Trump could push to legalize marijuana ahead of the Nov. 3 election.

Tom Zuber, a managing partner of the Zuber Lawler firm, spoke with WeedWeek on Wednesday – the day after the first Presidential debate – and shared his perspective on how the upcoming election might impact the cannabis industry and legalization efforts. Zuber made clear that he was speculating based on his own knowledge, and that he didn’t have any special insights into the White House.

Zuber, whose firm has litigated cannabis-related issues for 13 years, acknowledged that President Trump isn’t typically associated with pro-cannabis initiatives. But he said Trump appears to have strong political instincts and prides himself on being unpredictable. Given that, Zuber said he could see the president using the issue for political gain, particularly if his poll numbers need a boost in the final weeks before the election.

“I wouldn’t be surprised if we get a ‘surprise’ before the November election,” Zuber said.

While Zuber noted that he wasn’t counting on such a scenario, he listed multiple reasons why it could happen.

For one, he said, marijuana legalization has bipartisan support. Although many believe that Trump, while president, has shied away from commenting on cannabis to avoid alienating his conservative base, Zuber said that shouldn’t be a worry for Trump.

“In his own words, he could shoot somebody with a gun on Fifth Avenue and he wouldn’t lose a base voter,” Zuber said.

True or not, Zuber suggested legalizing wouldn’t cost Trump substantial support. To the contrary, Zuber posited that such a move would gain Trump votes that he wouldn’t receive otherwise.

Although members of Congress and the Senate have publicly traded barbs over the inclusion of cannabis-related bills in coronavirus relief packages, Trump has offered little comment on the matter. Zuber said he wouldn’t be shocked if that was by design.

While Zuber said Trump might be staying out of it due to alleged anti-cannabis views, he could also see the president biding his time to swoop in before the election and be viewed as a hero. Getting the credit for legalization, along with the positive press likely to accompany it, would play directly into Trump’s self-aggrandizing persona, Zuber said.

Zuber theorized Trump would be seen by many as “quite the visionary” if he brought about legalization.

If Trump doesn’t push for legalization ahead of the election, Zuber said he believes a Joe Biden win would provide the fastest track for cannabis to be de-scheduled from the Controlled Substances Act.

That doesn’t necessarily mean that Trump will ignore the issue if he wins re-election, Zuber said. Although the U.S. Constitution limits presidents to two wins, Zuber said that in many ways this president is unprecedented.

“[Trump] might wait until the end of a second term [to push for legalization] to try and argue for a third term,” he said. “I could see him doing something like that. But putting that dramatic notion aside, there is still an incentive for President Trump … to de-schedule, potentially.”

Perhaps chief among those incentives, he said, is the potential tax revenue that could be produced by a federally legal market. Legalization could also severely suppress the illicit market, thus cutting down on crime.

“I do think he cares about the money, including the money that the federal government can access,” Zuber said. “I think that part of him has said, and would continue to say, ‘OK, why aren’t we taxing this stuff?’ That’s a very good question.”

While Zuber declined to assign a confidence level to Trump taking up legalization, he noted that such a move wouldn’t be out of character for the president and would actually send a signal to voters and other lawmakers that “I’m in charge.”

“It would be very Trump, in retrospect, if he did it,” Zuber said. “People would say, ‘That makes a lot of sense.’ … He would turn things on their head and he would take a lot of pride in that. So, I think that’s another reason to do it – just because it’s consistent with his personality.”