The Cannabis Jobs Market Is Booming 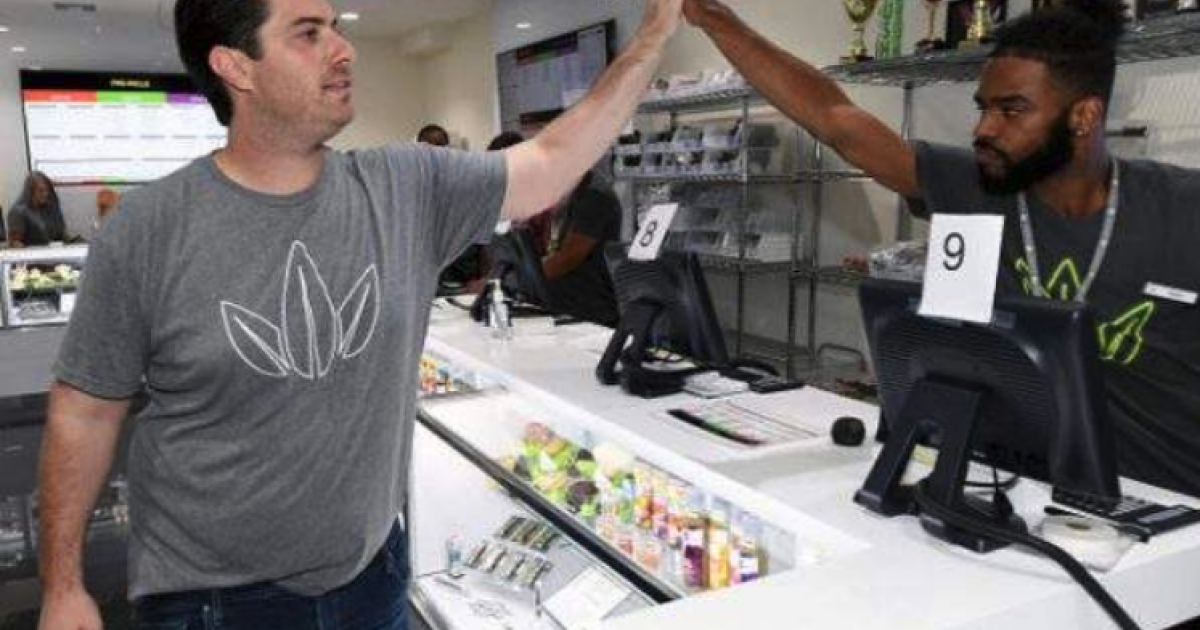 Despite the COVID-19 pandemic having ravaged much of the broader U.S. job market – or, perhaps, because of it – the cannabis jobs market is booming. This year it has seen rises in both total positions and salaries, according to a new report.

CannabizTeam, which provides consulting and staffing services, released a third-quarter update this month to its 2020 Cannabis Industry Staffing Guide, which was released in January. The new report shows across-the-board growth within the industry, a trend it attributes to increasing competitive demand and a rise in multi-state operators seeking top talent.

“With so much pain and devastation caused by the global pandemic, the resilience of the U.S. cannabis industry has been one of the few bright spots so far in 2020,” CannabizTeam President and CEO Liesl Bernard wrote in the report’s intro. “Fueled by the ‘essential business’ designation from state and local governments, cannabis businesses have filled tens of thousands of new permanent and temp positions so far this year in a labor market where more than 30M U.S. workers have filed for unemployment benefits.”

Through July, legal U.S. cannabis sales totaled an estimated $9.5B. The report projects that total to reach $15.5B by the end of the year, which would surpass last year’s record haul estimated at $15B.

Retail workers have also seen a boost in their pay. The average salary for dispensary managers – through the first two quarters of 2020 – is $85,000, marking a 12% rise from 2019. In retail, budtenders, customer service positions, delivery drivers, supply chain management, janitorial and security jobs are in high demand, according to the report.

Each of those positions has also seen an overall rise in average pay, according to data included in the report.

Greg Cowan, a senior business consultant with Greenleaf HR, said the data is in line with what he’s seen in the field.

“Competition for good employees is becoming fierce,” he added. ”Great news for those currently working or wanting to work in the cannabis space.”

Overall, the report lists 10 employment categories – think cultivation, extraction, distribution, accounting, administration, etc. – and several positions within each of those categories for a total of 62 different jobs.

The only position that did not show positive salary growth was event manager. But even that role, listed under the marketing category, saw just a 1% drop from 2019, going from an average annual salary of $69,000 to $68,000.

While that change probably owes to a drop in in-person events during the pandemic, the health crisis seems to have aided other fields.

E-commerce managers, for example, saw the largest percentage increase in salary, jumping from an average of $114,000 last year to $138,250.

Regarding executive pay, the report identifies a “second wave” of senior management that is “reaching beyond the traditional OG growers and manufacturers.” This wave, it said, is bringing proven business leaders from various other industries.

Demand for this new talent, according to the study, has pushed the average executive compensation up about 16% across the board, with top-level CEOs and CFOs now earning more than $400,000 in base salary.

This has led chief marketing officers and VPs of marketing to secure salaries between $170,000 and $180,000, according to the findings.

McKenzie Swisshelm, VP of marketing for 420 Kingdom, a delivery service that serves the Bakersfield area, said she expected the industry’s growth to continue well into 2021, at least.

“But, like all industries, there will be a saturation point,” she said. “When that comes is wholly dependent on the area and its regulation. We prefer focusing on our customer experience and building a solid base of brand loyalists. It will be our customers who keep us going through the hard times, whenever that may be.”

Cowan, with Greenleaf HR, said he also didn’t expect the industry’s rising tide to ebb anytime soon, though he offered a bit of caution for business owners.

“Regulation continues to lift in many states and the opportunity for federal acceptance is promising,” he said. “Small cannabis businesses and start-ups find financing to be their most difficult hurdle. We often find compliance and employee management to be a factor many cannabis businesses never consider until they, unfortunately, find themselves in court.”

“Something as simple as wage and hour claims can put a solid business out of business,” he added. “So while cannabis growth looks positive, it’s each business’s responsibility to maintain compliance.”