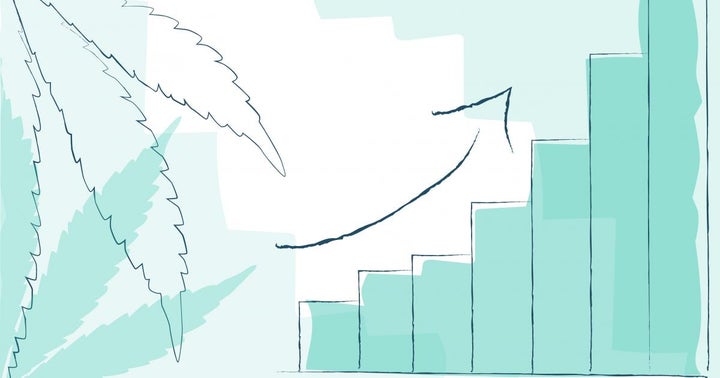 Cannabis companies LeafLink, Flowhub and Vangst have released a joint report featuring data from their own businesses — wholesale, online retail and talent hiring — and Covid-19's impact on the industry.

Looking at sales from 800 dispensaries in 13 markets across the country, Flowhub reports that cannabis retail sales for February were lower than sales from that same month in 2019. 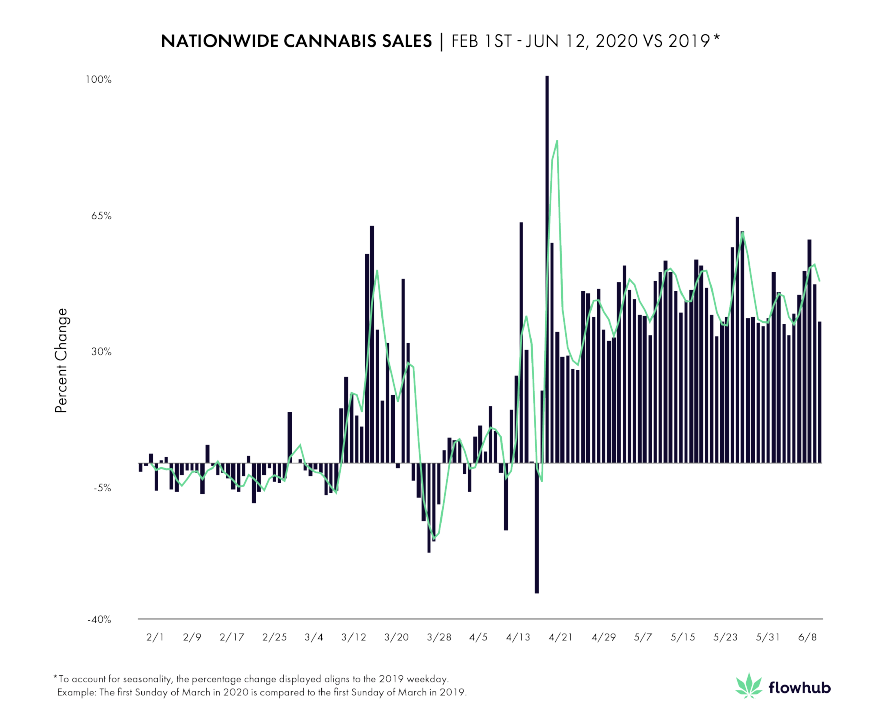 There was a spike in March that is explained by stocking-up behavior prior to lockdown measures. The subsequent drop in late March comes from customers not needing to renew their orders, as they had left-over products.

After the largest spike, shown in 4/20, sales stabilized as states deemed dispensaries essential. This stabilization, however, settled at much higher rates that the previous year, from late April through May and the first part of June.

Surveying 39 different companies, Vangst shows how much the virus outbreak affected companies’ plans for welcoming new employees on board. 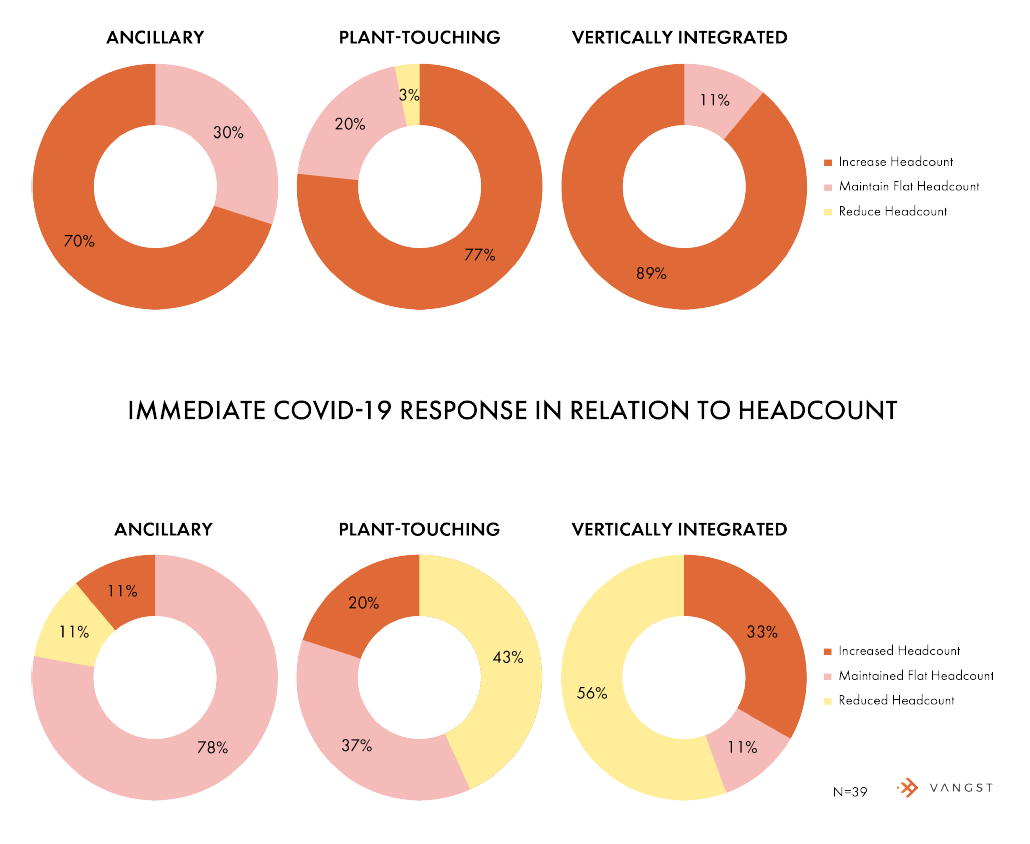 Vangst compared the projected plans for increasing headcount at the start of 2020, against the restructuring measures taken between the end of March and the end of April, in response to the pandemic.

At least 70% of companies across the industry planned on increasing headcount this year, reaching 89% in the case of vertically-integrated businesses. The percentage of companies that carried on with these plans had dropped to less than 33%.

Furthermore, 56% of vertically-integrated companies were forced to reduce headcount in consequence of the recession.

For the second half of 2020, 68% of the companies surveyed said they plan on doing more hiring and 33% reported they’ll maintain the current headcount.

As the market recovers, companies stated that the top three priorities for upcoming positions are Sales, Marketing and IT.

LeafLink’s wholesale data shows that flower and cartridges continue to be the top choices from retailers when buying new merchandise. Sales of these products remain consistent from pre-Covid times to June. 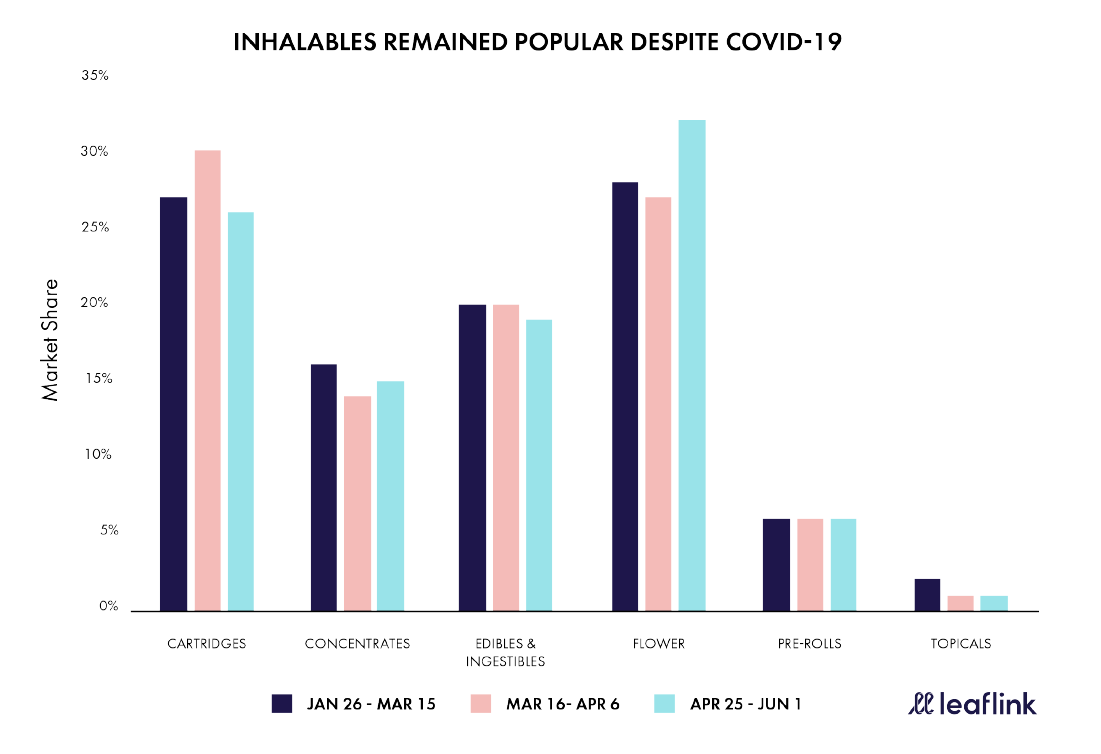 Analysts at the start of the pandemic projected that inhalables sales would drop due to the respiratory nature of the disease, giving way to other alternatives like edibles.

However, data shows that contrary to popular belief, edibles did not gain market share during social isolation periods.

As it’s expected from reduced circulation, after the outbreak people shopped less often but bought more products with each purchase.

LeafLink and FlowHub’s data show that customers increased their average basket sizes, but decreased the amount of times they make purchases per month.