Putting Their Money Where Their Mouths Are: Meet 6 Ladies Behind This Women-Only Cannabis Fund 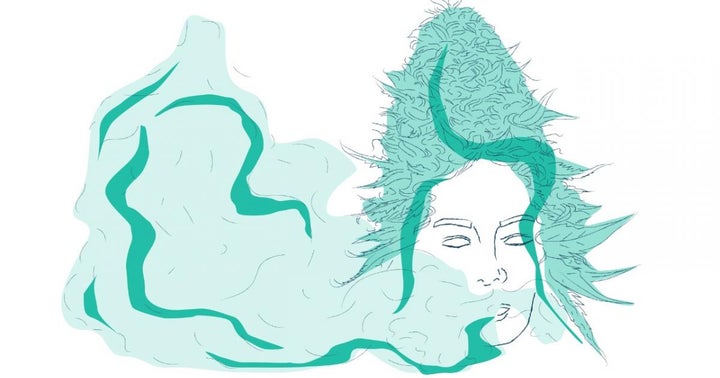 Being a feminist is easier said than done. But these women are putting their money where their mouths are: in front of women.

As cannabis really penetrates the mainstream, an increasing number of highly skilled, intelligent people are getting into the industry. And, while most of these characters generate the utmost respect, very few are really, really impressive – at least in my book.

Another group of impressive, experienced women in cannabis is behind cannabis-focused venture fund Treehouse Global Ventures, a fund that, as its website explains, was founded by women and “designed to identify, mentor and grow women and minority-founded cannabis-related businesses.” They are Lindy Snider, Lori Ferrara, and Gaynell Rogers. 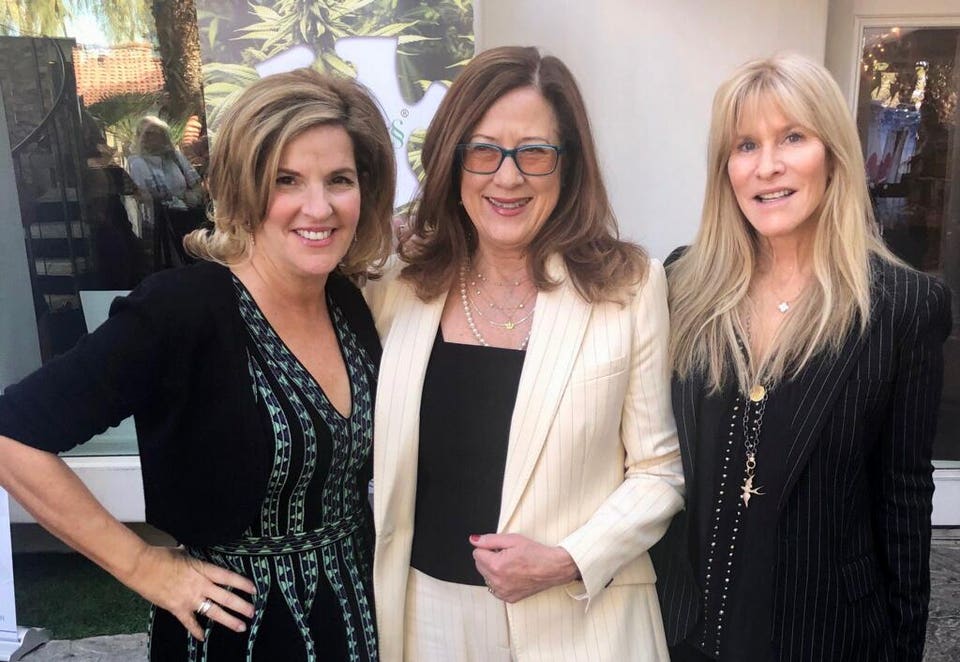 So, when I heard all five of these women were joining forces under the Treehouse umbrella, as Rehmatullah and Paxhia joined the firm as senior investment advisors, I could not help but feel excited.

The final pieces for this story fell in place with the addition of Maria Rodale, famed writer and activist, and former Chairman and CEO of global health and wellness media company Rodale Inc, to Treehouse Global Ventures’ senior advisory board, and a personal realization: many in the cannabis industry take pride in supporting gender equality; but when push comes to shove, few are willing to put their money where their mouths are.

In an industry that is rapidly losing female representation among the C-Suite, with the percentage of women in these spots falling from 36 percent in 2015 to 27 percent in 2017 – according to MJBizDaily numbers, and funding for female-led businesses being scarce and hard to come across, the existence of a firm like Treehouse Global Ventures, a venture fund that seeks to empower women founders, acquires extreme relevance.

Interested in learning more about this amazing, honorable project, I caught up with its six fembers.

Lindy Snider is a cannabis business development expert, founder and CEO of Lindi Skin, a skin care product line geared toward cancer patients. Before starting her own company and becoming a business development expert, Snider held senior positions in marketing, sales, operational and strategic areas for a series of sports and entertainment companies, including the NHL’s Philadelphia Flyers, Comcast-Spectacor and the Wells Fargo Center at the South Philadelphia Sports Complex. 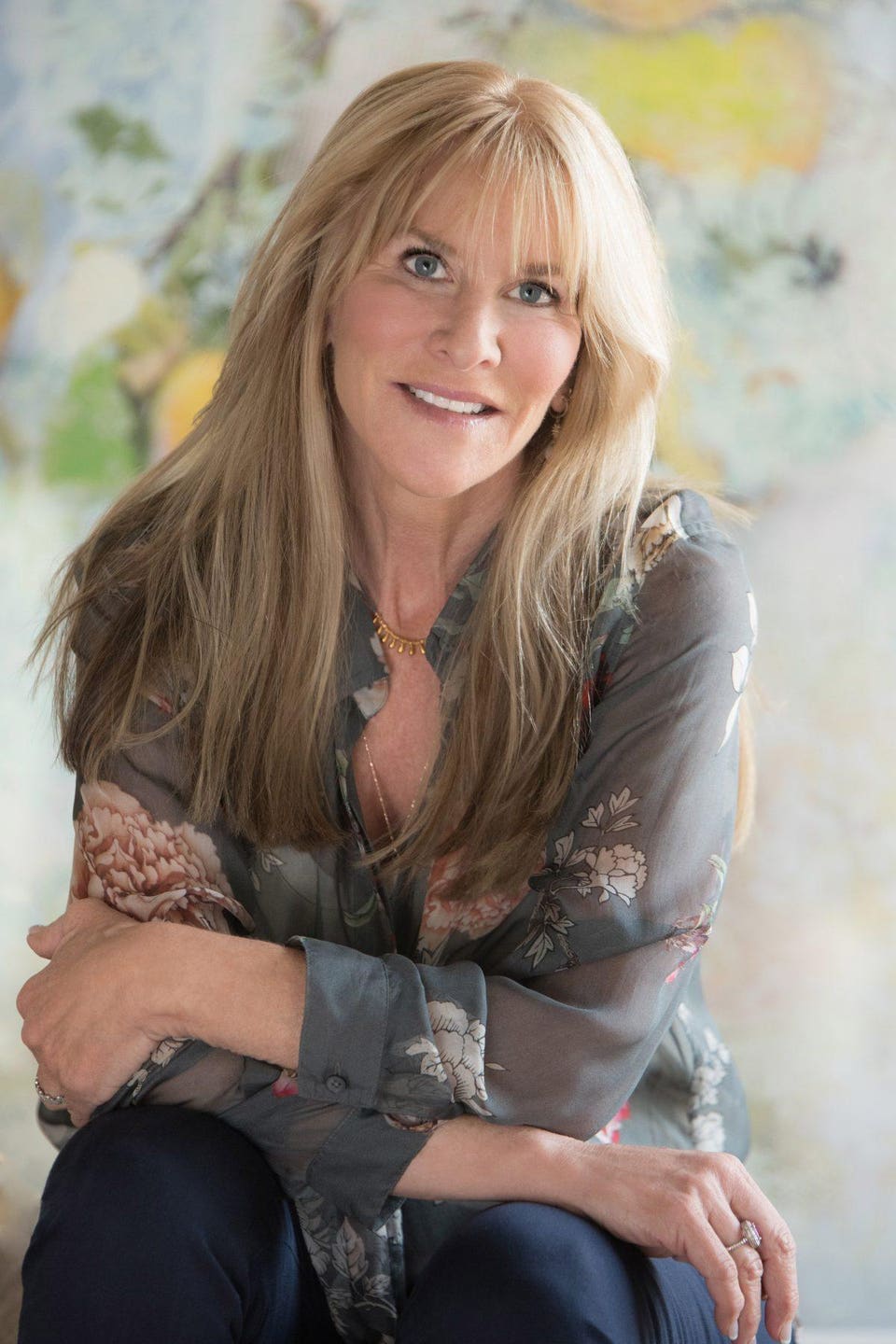 Snider is also involved with several other investment firms, activist groups and NGOs, including Athletes for Care, and the Entrepreneurship and Social Impact Initiative (ESII).

“We are heartened by the vast excitement that Treehouse Global has generated,” Snider voiced when prompted about the firm. “While we knew we had an amazing opportunity to be pivotal in an underserved market sector, the amazing response has been validating.”

She assures it has not only been founders and entrepreneurs who have been reaching out to them recently, but also private and institutional investors: “They applaud our mission and understand this opportunity is unique and far reaching.” 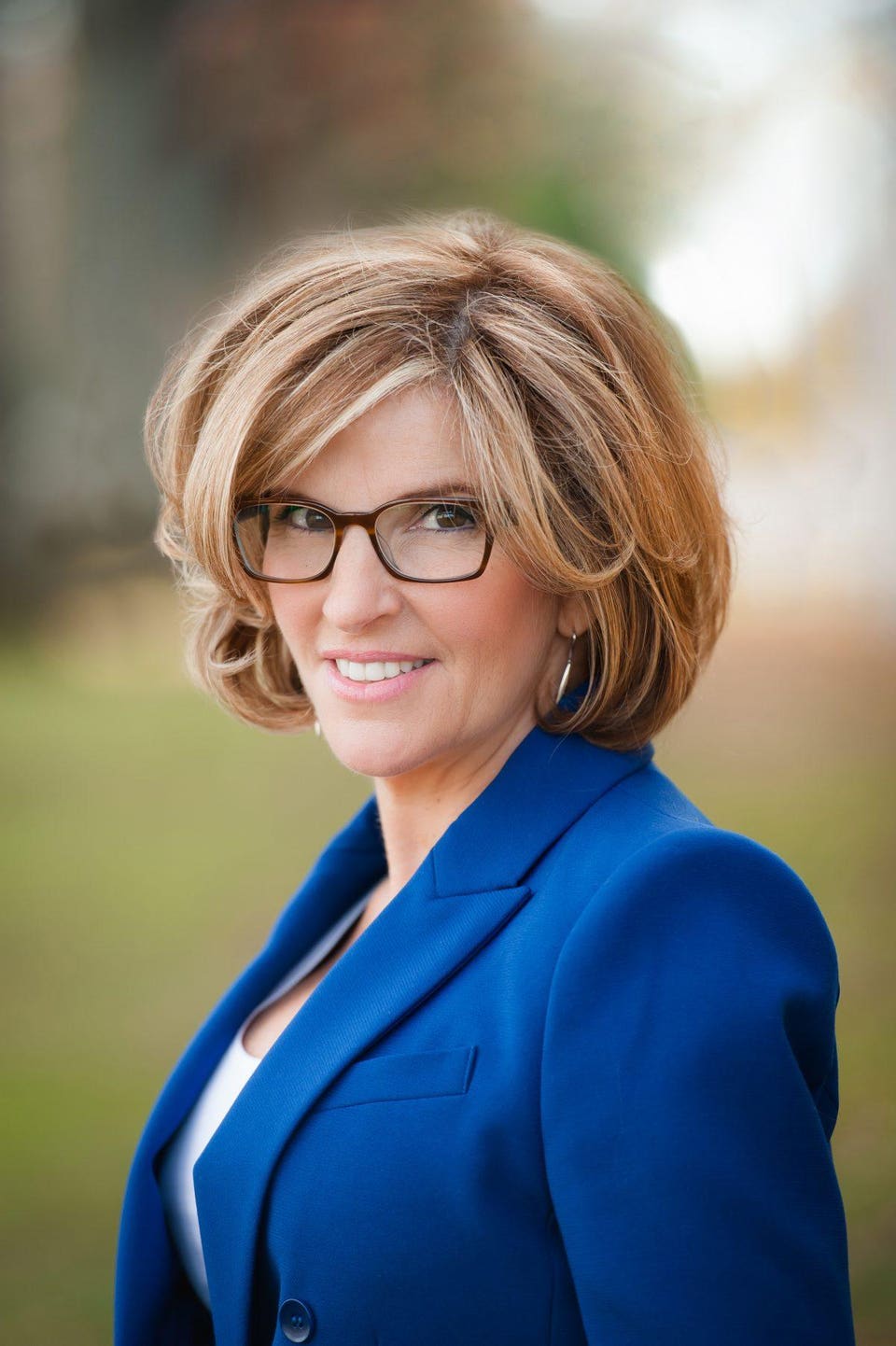 Prior to getting into cannabis, Ferrara worked on TV distribution, managing syndication operations for big-name shows like Inside Edition, Jeopardy, Geraldo, and The Oprah Winfrey Show, ultimately setting up her own company, Picture Perfect Partners.

Since getting into the marijuana industry, Ferrara became the first female investor member of The Arcview Group, arguably the best-known investor network in cannabis.

“This personal journey has given new meaning to my life,” Ferrara explained in an exclusive chat. “Never would I have thought in my lifetime I would be able to contribute to the expansion of the health and wellness choices that men and women can share, both benefiting from the gifts of this medicine. Nor did I ever believe that women would have this place in history to come together, and empower and support one another like I have witnessed. This is a natural ‘high’ in itself and I am inspired by the brilliance that surrounds me.”

Nor did I ever believe that women would have this place in history to come together, and empower and support one another like I have witnessed.”

Gaynell Rogers is a real life influencer, as measured by her real reach and relevance in the cannabis industry, and not by her follower count on social media. 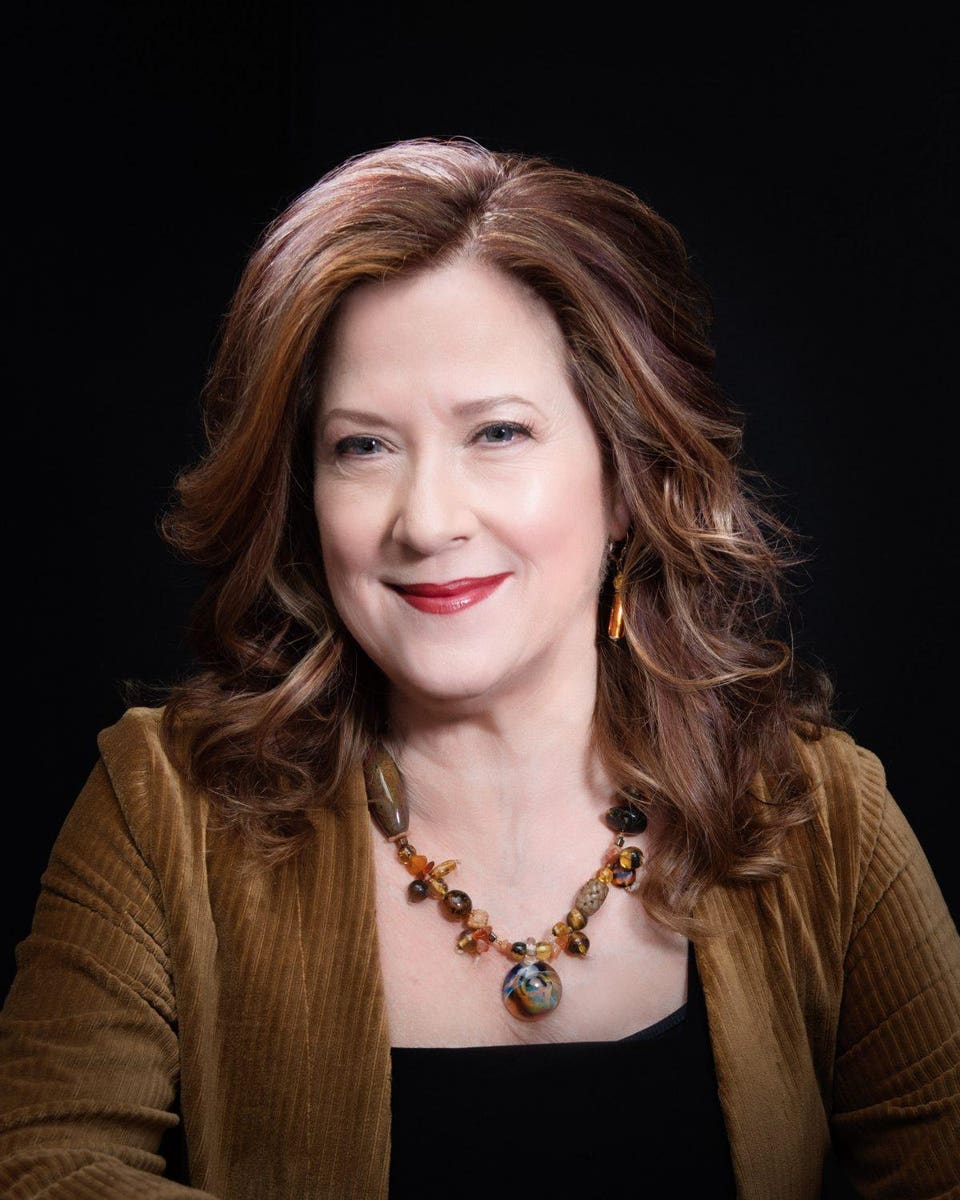 A three-time cancer survivor, Rogers could be considered the communications expert in cannabis – without inflating her accomplishments. In the past, Rogers managed high-profile recording artists, directors, and producers, as well as worked on more than 25 feature film projects with major studios like Pixar, Lucasfilm and Imagination Inc.

She too is involved with The Arcview Group, driving massive media attention toward the firm, as she did for many other prominent brands in cannabis including Dixie Brands, Medicine Man, and Harborside.

Same as her peers, Rogers is also very interested in activism and community involvement. She’s a founding member of the Breast Cancer Watch organization, and has been a member of the National Academy of Recording Arts and Sciences (responsible for the Grammy Awards) for over 30 years.

“We discovered a wide open field of investment vehicles that are really all over the globe that wasn't being inclusive or focused on women and minorities,” she explained, elaborating on the importance of women led investment firms supporting women led businesses, who have historically had had a difficult time accessing capital. “We aim to change that for the better in the cannabis industry and beyond. We are inspired, charged up and grateful to be able bring this focus to fruition and out in to the world of finance.”

We discovered a wide open field of investment vehicles that are really all over the globe that wasn't being inclusive or focused on women and minorities.”

And All The Queens’ Ladies

As mentioned earlier, Tahira Rehmatullah is the president of T3 Ventures. She previously served as Managing Director of Hypur Ventures, CFO of MTech Acquisition Corp, a board member of Dope Media, an investment manager at Privateer Holdings, and as the general manager for Marley Natural. In addition, Rehmatullah earned her MBA from the Yale School of Management. 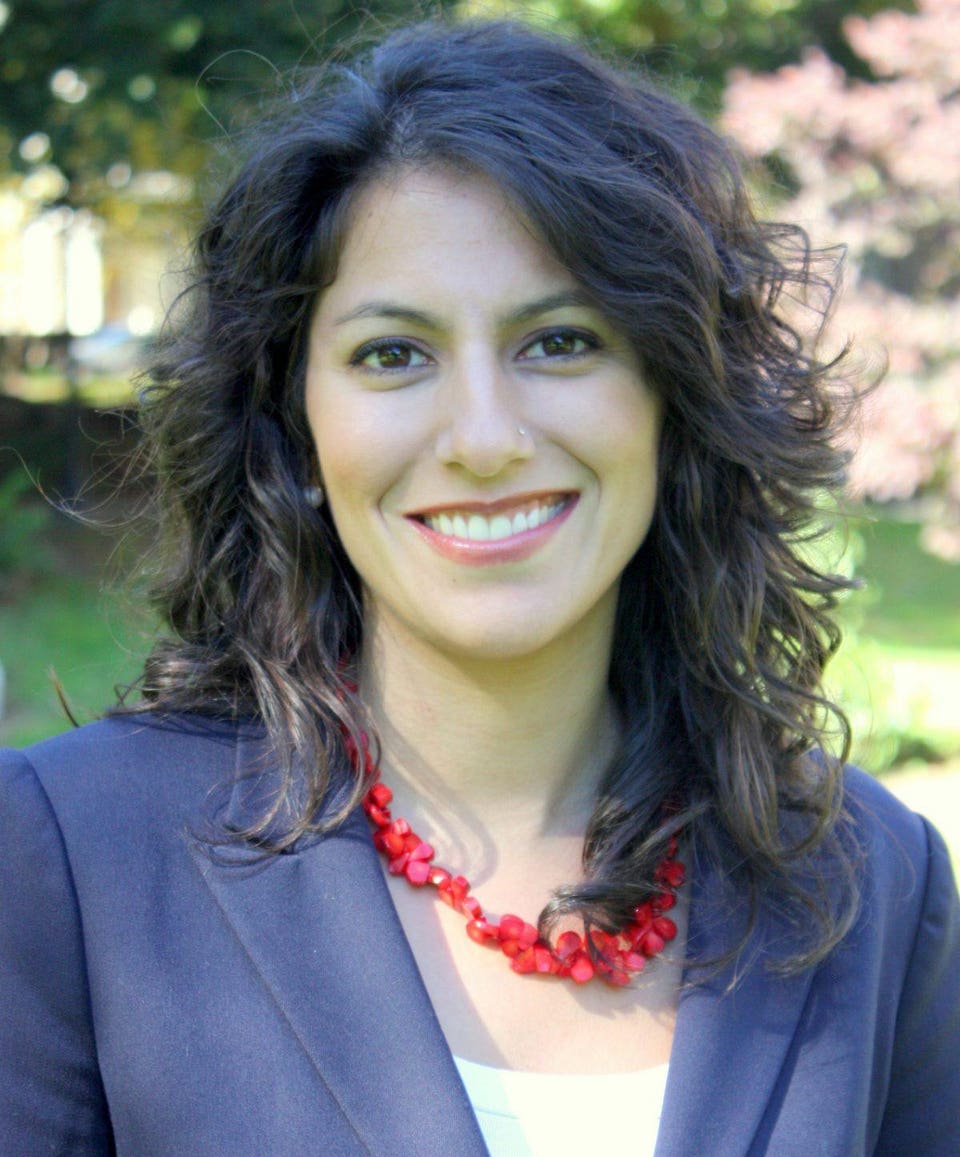 For Rehmatullah, the numbers speak for themselves, as less than 2 percent of VC funding goes to women-founded companies. “Minorities receive even less,” she said. “The only way to change that is to create the solution by supporting women directly through education, mentorship, and funding.”

It is her opinion that finding this solution is especially critical for the development of the cannabis industry, which has quickly shifted to mimic the “bad habits” of more established industries. “Working with Treehouse and a team of accomplished and passionate women determined to change the narrative is incredibly exciting as they venture to create financial and social returns.”

Emily Paxhia, with Poseidon Asset Management, plays numerous roles beyond investing in the cannabis industry. Paxhia also works as a board member at companies and non-profits – like  Athletes for CARE, as an advisor and as a public speaker. She’s passionate about helping people shape and grow their businesses, but also about social justice. In the past, Paxhia served on the board of the Marijuana Policy Project. She graduated from New York University with a master's in psychology in 2008. 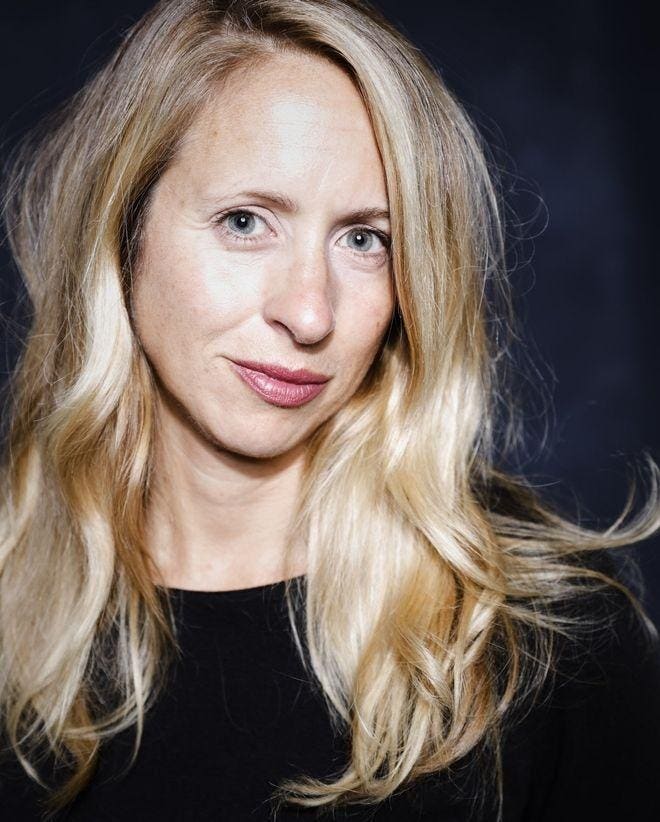 She explained that, driven by a massive surge in interest in the cannabis industry, the space has seen a considerable influx of capital and new funds in recent times. “It is truly rewarding to participate in a fund with a unique strategy of focusing on women,” Paxhia said. “This team of investors has been among the earliest to participate in this modern era of cannabis, each coming with over four years in the industry from different experiences. That duration of time investing in this industry is not easy to find, and truly defines this team as a collective group of pioneers with a knowledge set that is hard to recreate, for the learning curve is steep when trying to invest in cannabis.”

Maria Rodale is, to a certain extent, an icon for woman empowerment and healthy living. A well-known writer and book author, Rodale served as Chairman and CEO of Rodale Inc, a global media company focused on health and wellness. She now advises Treehouse Global Ventures, as well as the Rodale Institute NGO, where she serves as a board member. 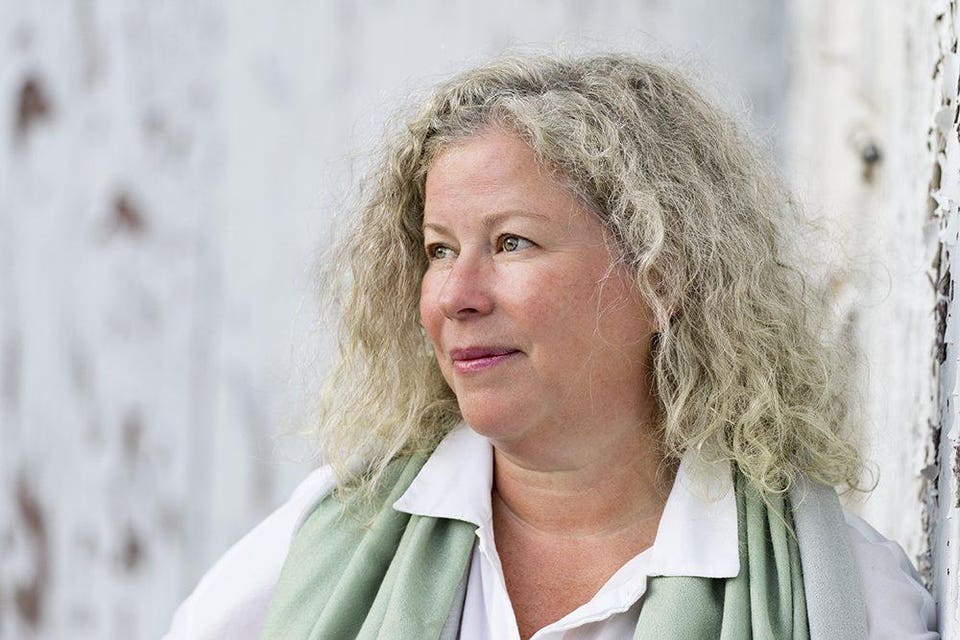 “And women…well, we get the job done with a minimum of ego and a maximum of long term strategic thinking. I am totally psyched to be hanging out in the tree house with these amazing ladies,” Rodale concluded.

The burgeoning recreational marijuana industry – illegal at the federal level yet legal for adults in some 18 U.S. states and DC – has faced multiple challenges throughout the years, mostly because of the Schedule 1 status of the cannabis plant.   The biggest problem? Banking, of course.  read more