Is Vaping Really A Better Option Than Smoking? 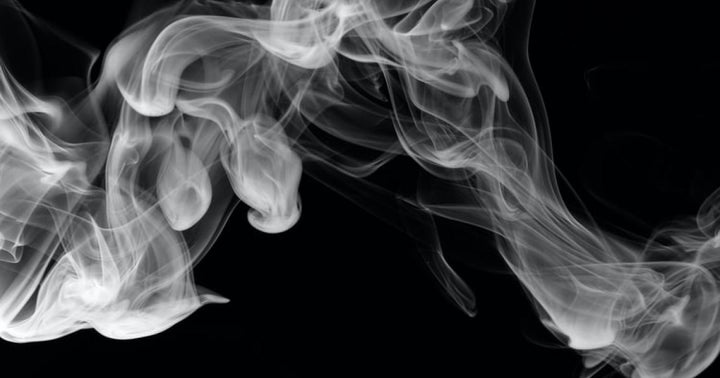 The Science of Vaping

Vaping cannabis requires a vaporizer and flower or concentrates; it can be medicinal or recreational. Vaping differs from smoking because the process involves heated air grazing the flower without igniting it and the cannabinoids are released in the form of a vapor instead of smoke. According to researchers Mallory Loflin and Mitch Earleywine, “A significant proportion of medicinal users report that they prefer lower-dose forms of flower cannabis to concentrates for the very reason that effects can occur too swiftly. These participants also reported that extracts led to more tolerance. For these reasons, vapourized plant material may have advantages over extracts.” While flower generally proves cheaper and easier to obtain than extracts and concentrates, there are no right or wrong methods.

Vaping has a number of benefits as well. For example, vapor’s cannabinoid content is high with virtually no pyrolytic compounds. This means that vaping won’t cause a heavy build-up of tar in the lungs. Vaporizers offer cannabis users an alternative to the pulmonary risks of smoking and provide a faster onset than edibles.

Although there have been widespread concerns expressed by the public with the recent media scandals involving teenagers vaping and ending up hospitalized, Jacob Borodovsky, an epidemiologist at Washington University School of Medicine in St. Louis, claims that it’s not the THC causing lung issues, rather, the way the THC is processed and smoked. Even in states with legalized cannabis, high school students are under the age of 21 and therefore cannot legally purchase cannabis accessories. This has led to an increase of teenagers creating makeshift or “bootleg” cartridges, which the CDC has warned consumers against.

Lastly, one of the most important benefits of vaping is already vaped bud (AVB). Vaporizers leave behind several active cannabinoids in AVB which can be utilized to extract concentrates and create edibles. There’s also a process called water curing, which can get rid of any unwanted combustibles that could affect the taste.

The Science of Combustion

Combustion, when it comes to cannabis consumption, is basically smoking flower using a wrap, bowl, bong, or a modified household item. While combustion is currently the most common consumption method, it is not without risks. For example, chronic smokers can experience smoker’s cough, wheezing, general airway inflammation, trouble exhaling, and sputum production. Even so, smoking cannabis is still far safer than smoking tobacco. Stringent oversight of the legal cannabis industry in industrialized nations places regulations on the amount of pesticides and additives that can be used in cannabis production. That, coupled with intensive accreditation processes and consistent monitoring of the cannabis industry, ensures the safety of cannabis products for consumers in a way that far surpasses that of tobacco. Choosing the Method That’s Right for You

While the risks of smoking tobacco have been well-documented for over half a century, the effects of smoking cannabis vs. vaping it are still largely unknown; however, medical experts such as Dr. Chen, the director of the UCLA Cannabis Research Initiative, conclude that smoking is thought to release more tar and carcinogens into the body than vaping. Smoking—or inhaling combusted cannabis—is the most widely used method of consumption, though as more and more consumers become health conscious, vaping is providing an alternative and the demand for vaping is increasing.

Related: We Tested Some Of The Best-Selling Cannabis Gear To See If They're Worth The Hype

Vaping is a relatively new method of consumption, which became more mainstream in the mid-2010s. An increasing demand for vaping options for legal cannabis consumers has helped to fuel advancements in research and technology within the industry. Though cases of lung disease possibly linked to vaping have appeared in the media recently, it’s important to note that no single compound or device can be linked to all cases. Sticking with legal dispensaries and asking about how products are prepared can go a long way toward protecting consumers from harm. Finally, being in tune with your body and trying different methods of consumption can help you decide what ultimately works for you.
Additional Source
Loflin, Mallory & Earlyewine, Mitch. (2015). No smoke, no fire: What the initial literature suggests regarding vapourized cannabis and respiratory risk. Canadian Journal of Respiratory Therapy. 51(1), 7-9.