Driven, Eaze Execs On Cannabis Sales Increases, New Customers In COVID-19 Era: 'This Is A Product That People Need' 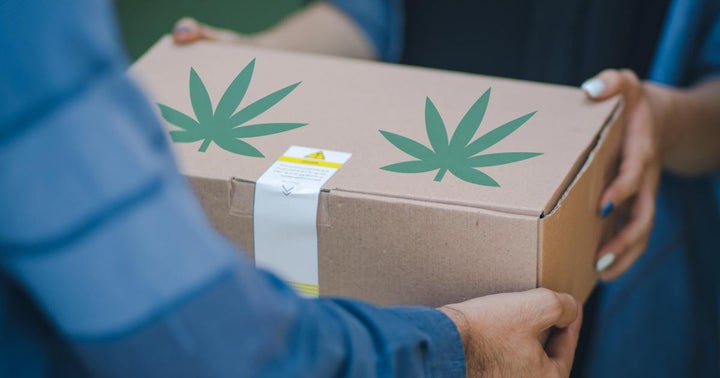 Since the outbreak of COVID-19, cannabis sales have been on the rise all over North America — especially in California.

In California, government orders to stay at home have been driving cannabis demand from consumers stocking up for long periods of social isolation.

California cannabis delivery services Eaze and Driven (OTC:DRVD) each reported a rise in new customers who did not use the platforms prior to the health crisis.

In a conversation with Benzinga, representatives from both companies shared their sales data from recent weeks and commented on how the new landscape could affect the cannabis industry as a whole.

It’s not just regular consumers who are ordering more volume in order to stock up on cannabis as an essential product, says Eaze spokeswoman Elizabeth Ashford.

The “Uber of Weed” has also seen a rise in orders from new signups who did not use the platform before the pandemic.

This second cohort can be divided into two categories, Ashford says.

Christian Schenk, CEO of Driven, a cannabis delivery company that owns Ganjarunner as part of its portfolio, tells us that that virtually every aspect of the business has seen significant increases since the outbreak began.

The initial spikes came as new customer signups, with a significant spike in the edibles and beverage categories, he says. For Schenk, this is “typically a category for a newer user or somebody who maybe hasn't been consuming cannabis quite as long.”

“There are spikes on a day-by-day basis,” says Ashford, who started seeing the rises after a state of emergency was declared in the Golden State.

“For example, on March 19, our new signups to the site increased by 122%," she says. "And you know, our first time deliveries were up like 73%. That's compared to any other Thursday versus March 19.”

That was the date on which Gov. Gavin Newsom issued a statewide stay-at-home order.

For Driven, that day showed a 70% sales increase over the previous Wednesday, March 11,  which was still an average day.

On Wednesday, March 25 — one week after the spike — sales only climbed by 1.4% when compared to March 18, indicating that the raise remains consistent throughout the quarantine.

By March 26, Eaze had already gathered enough data to build an aggregate of the impact of social distancing in their sales performance: a sort-of “before and after” view using March 13 as the tipping point.

Aggregating across all of the days, Eaze has seen the volume of orders go up by 22%. The number of overall deliveries has gone up 10%.

More impressively, first-time deliveries have risen by 40% and the number of signups to the site has gone up 74%.

Driven reported an 89% increase in new customer sign ups since the start of the coronavirus crisis.

Additionally, customer reorder times have gone up by a factor of 2.5.

“Meaning that follow up orders are happening two-and-a-half times sooner than they traditionally are,” says Driven’s Schenk.

This indicates that the rise in demand perceived after the coronavirus hit doesn’t just come from stocking up behavior, but also from increased consumption patterns.

Keeping Up With Increased Cannabis Demand

Eaze’s Ashford tells us that her company is able to keep up with the rise in demand, though delivery wait times can become longer in certain cases.

While similar from a consumer experience perspective, Eaze and Driven have two very dissimilar business models. While Eaze is a technology platform that connects consumers with dispensaries who perform the delivery through their own employees, Driven is a delivery platform that carries stock and employs drivers.

For this reason, Driven decided to increase their inventory by quadrupling their order volume at fulfilment centers across the state.

Driven hired between 50 and 60 new employees in the last two weeks of March in order to sustain an increased capacity and cover for employees who must stay at home for health reasons and other responsibilities like taking care of their children.

What A Pandemic Means For The Cannabis Sector

A pandemic and its subsequent market turmoil is certainly a cause for concern, but the situation could actually bring tailwinds to certain corners of the cannabis industry.

For Eaze’s Ashford, the best thing the health crisis can bring to the industry comes in the form of legislative awareness.

“What is sustainable is that it's very apparent that this is a product that people need," Ashford says. "And I think just having that shift in terms of how government sees cannabis creates a level of long-term sustainability that I don't think it's existed before. So that is a really important moment for this industry.”

While no one views the global pandemic as a cause for celebration, it’s fair to assume that cannabis delivery companies could see a silver lining in terms of consumer adoption, says Driven's Schenk.

“Some people who maybe used to go physically to a dispensary will now have realized that they even prefer, in a normal situation, to continue to use delivery services.”

Image by RoseBox رز باکس on Unsplash and Icons by Freepik.