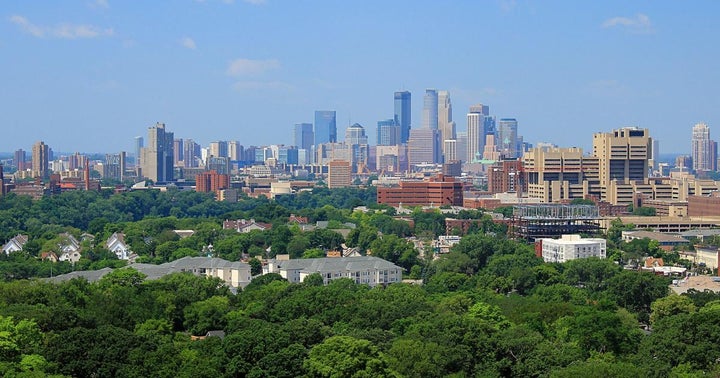 Minnesota medical cannabis legalization into law in May 2014. By July 1, 2015, the state was distributing the drug.

Despite its early entrance into the market, the program in the Land of 1,000 Lakes is often considered one of the most restrictive in the nation.

For a state of 5.6 million people, roughly 18,500 are active on the state's registry. In the course of its lifetime, the program has approved just over 32,000 patients. By comparison, Arkansas, with 3 million citizens and cannabis sales that began in May 2019, has enrolled over 35,000 patients as of January.

Despite the less-the-stellar numbers, some believe the prospects are warming for the state.

They include Vireo Health International Inc (OTC:VREOF) Kyle Kingsely, M.D., who said the August 2020 the addition of chronic pain and age-related macular degeneration to the state's qualifying condition list is a sign of change.

Kingsley also highlighted news of the state doubling the number of its dispensaries from eight to 16.

Minnesota's program includes tax-exempt medical sales for patients across its eight dispensaries. Yet strict regulations and a shortlist of qualifying conditions are considered factors in keeping sales and access down.

Data from BDS Analytics found that Minnesota pulled in $43 million in sales during 2018. By 2024, the firm forecasts the state earning $114 million from the medical market.

Patient David Hlavac enrolled in the program in October 2019. So far, he said he considers the program to be "subpar," citing a lack of products, weak potency and high costs.

Monthly cannabis costs tend to be around $400 for Hlavac, who said he empathizes with fellow citizens.

"Most Minnesotans can't afford that, and it's a huge barrier to greater participation in the program."

"The number of products and a limited number of strengths or ratios available makes choosing the right medicine difficult."

The lack of dispensaries also makes access difficult for people living in rural areas, he said.

Schroeder highlighted a litany of issues plaguing the market and said a ban on cannabis flower is a prime factor in high prices.

Vireo's Kingsley said that Minnesota Medical Solutions will lobby for the inclusion of flower in 2020 as well.

"Allowing the plant to be sold and consumed in its most natural state as dry flower is a relatively straightforward decision and will bring great benefit to Minnesota’s medical cannabis program and Minnesotans," he said.

While patients appear to be frustrated, Hlavac said there are positives such as ease of registration once a qualifying condition is established.

"It only took me two days or so to get approved and get my first prescription filled once my doctor referred me to a pain clinic."

With an array of issues to tackle, Schroeder said she and Sensible Change will continue to focus on advancing raw cannabis in the marketplace.

After making headway in the House in 2019, she said she hopes to see more traction in the 2020 legislative session.

Adult use is on the mind of some Minnesota lawmakers.

A week before the start of the legislative session Feb. 11, House Majority Leader Ryan Winkler laid out plans for legalization. That said, the Republican-majority Senate has shown no indication it will pass the measure.

The standstill between the two parties was highlighted by Schroeder, who said the Democrats are making medical market changes while adult use fails to move.

Republicans are "afraid that prohibition is going to die by a thousand cuts," Schroeder said.

When asked to forecast the next year's outlook, Schroeder said that can't be done until November, when the state Senate and House elections are decided.

Regardless of the election's outcome, Schroeder said Sensible Change will approach its efforts as planned.

"I think one of the things that we've done effectively is make changes regardless of who's in control of the government," she said. "If it's not legislative change, we've been able to make administrative change through the executive branch."

Photo by Michael Hicks via Wikimedia.

Vireo Health International Inc. (OTCQX: VREOF) has had a busy 2021 so far. The company has had brand expansions, a rollout of its latest IP, and the closing of four medical licenses in Nevada, allowing both medical and adult-use production. read more