Why Veterans Are Starting Cannabis Businesses: 'We Are Prepared To Move In Any Direction' 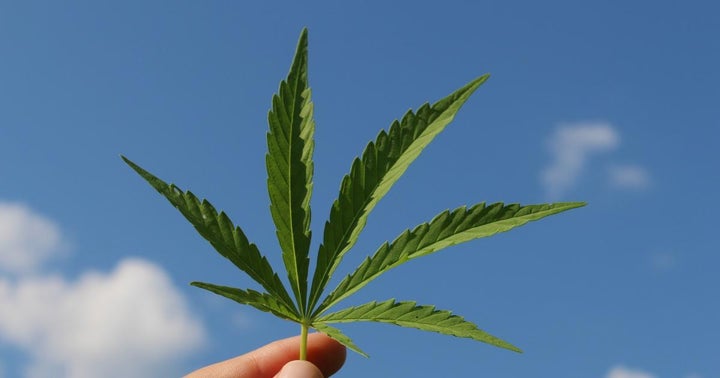 As cannabis is increasingly discussed as a treatment option for veterans grappling with conditions such as post-traumatic stress disorder and pain, a growing number of veteran-owned businesses in the cannabis space are expanding on the connection.

From Military To Marijuana

Veterans who spoke with Benzinga noted a variety of reasons for becoming cannabis entrepreneurs.

Some said they're providing cannabis to treat pain, just as the plant does for them. Others saw an opportunity to use the skills they learned in the military.

Craig Henderson is an Army veteran and the founder of the CBD brand Extract Labs in Boulder, Colorado. Henderson started the company with the aim of helping to heal fellow veterans with PTSD and injuries incurred while serving. What he once saw as a modest operation is proving to grow beyond his expectations.

“I decided, maybe I could start something in my garage and see where it goes,” Henderson said of his original plans. “Two months later, we got a building. We had about three employees and it just kept booming from there.”

Joe Ketterer is the owner of Candle with the Cure, an Arizona-based producer of candles and topicals.

Ketterer said he used his experience in hydroponics to help heal people after he witnessed a wide range conditions while serving in the Navy.

Since launching in 2017, Ketterer said he's made exponential progress. He credits the company's growth to public awareness of CBD. “I’ve had an increase in sales as the news media has been informing the public of the benefits of the CBD.”

What Veterans Bring To The Table

Being in the military tends to bring a higher level of responsibility and a sense of team camaraderie than others, according to vets who spoke with Benzinga.

Extract Labs' Henderson said he never thought his military experience would come into play as a business owner.

"But really, ever since day one, it's [been] everything."

In an email, Brown said his military experience helps him and other business owners.

“Veterans like me are fearless. We work hard, we train, we put a good team in place and we lead that team with confidence," he said.

“We can handle risk because we are prepared to move in any direction, and that’s what it takes to be a good entrepreneur.”

Leo Bridgewater is an army veteran and the co-founder of LeafLaunch Education, an education and consulting platform.

The New Jersey-based venture launched a little over a year ago, and Bridgewater said the company plans to make several announcements about key partnerships in the coming months.

“If there’s one thing that [service members] are taught from day one, it's the fact that you actually served this country. That puts you in a different state, a different type of citizenship,” Bridgewater said. “There’s a responsibility."

Bridgewater said he often references his military service when discussing business or when working as an advocate for cannabis reform.

Nothing But Hemp's Brown said he prefers not to integrate his service with his brand.

"My drive, motivation and regimen are all the result of my marine training. I am a proud veteran, but I do not include my status in the branding of my business." Brown said he doesn't reference his military status when lobbying to change marijuana regulations, either.

Henderson said there's a rising level of interest in the cannabis industry among veterans.

“I’m seeing veterans in the space, or they’re interested in getting in the space. They reach out to me with their story; they want me to help them.”

From Military Commander To Cannabis CEO: The Story Of One Of The Fastest-Growing Tech Companies In The Marijuana Industry

Below is a recap of the main news related to the cannabis industry and markets for the week of January 17, 2022. Contents read more

3 Tips For Sharing Weed In The Midst Of A Pandemic

This article was originally published on The Fresh Toast and appears here with permission. read more

“It's a Northern California crime story based on the rise of designer weed and the South's role in the marijuana business,” says cannabis entrepreneur, Cookies CEO and musician Gilbert Anthony Milam Jr., better known as Berner. read more

About 10 years ago, Al Harrington’s grandmother, Viola, was dealing with medical effects from a bout with glaucoma. Viola told Al that she had tried all the medications her doctors had prescribed, but nothing was helping.  read more