Factset’s Streetaccount reported Morgan Stanley priced a block trade of 7.6 million shares of FIS (about 2% of outstanding shares post SunGard merger) overnight. The trade was priced at $62.50 with a total trade value of $475 million.

This is the second block trade in the stock since the Nov. 30th closing of the SunGard Data Systems deal. On Dec. 2nd, Factset’s Streetaccount reported that Morgan Stanley priced a block trade of 7.6 million shares (about 2% of outstanding shares post SunGard merger) in FIS overnight. The trade was priced at $63.65 with a total trade value of $484 million.

“We believe the sellers of these blocks were likely comprised of one or more of SunGard’s private equity owners (Silver Lake, Bain, Blackstone, KKR, Goldman Sachs, TPG, and Providence), who had received 44-45 million shares as partial consideration in the deal,” analyst Peter Heckmann wrote in a note to clients.

“Based on 12/31 filings, we estimate the seven private equity firms now own no more than 7% of the equity of FIS in the aggregate,” Heckmann added.

On Nov. 30, FIS completed their acquisition of SunGard Data Systems for $9.1 billion (including the assumption of debt) and the analyst noted that the company is poised to put up solid results in 2016 and 2017.

“To the extent FIS is able to meet or modestly exceed consensus forecasts (on relatively easy comps) over the next 2-3 quarters, we believe the multiple accorded the shares should move back closer to peers after dipping in 2015,” Heckmann said.

The analyst maintained his Market Outperform rating and $75 price target on FIS stock, which was down 1.25 percent at $62.28. 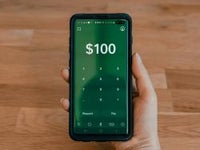 UPDATE: Bank Of America Initiates Fidelity National Information With Buy As Firm Believes The Merger With Worldpay Will Create 'a powerhouse provider of technology and processing solutions across financial services and Payments'