On November 16, the Six Swiss Exchange has given a greenlight to a new exchange-traded product (ETP) tracking multiple currencies. The global multi-crypto Amun ETP will track five major cryptocurrencies. Bitcoin will account for 50.3 percent of the ETP assets, while the rest is divided in fractions (25.4 percent Ripple, 16.7 percent Ethereum, 5.2 percent Bitcoin Cash, and 3 percent Litecoin).

The Amun ETP is the third crypto related product to be listed on a stock exchange, after i) Coinshares´ Bitcoin and Ethereum trackers and ii) Grayscale´s Bitcoin Investment Trust. The ETP approval by the SIX Swiss Exchange is another positive sign that there is an increasing willingness of regulators to acknowledge cryptocurrencies as a legitimate asset class.

ETPs are derivative investments that are traded on national securities exchanges, valued on the basis of a commodity, stock, and/or currency. In the case of the Amun Crypto ETP, the benchmark would be various cryptocurrencies. At first, they are planning to launch an index basket ETP, which allows investors to buy the market rather than trade specific crypto assets. Looking forward, they will also offer specific trackers for each asset.

The Amun index fund will give their customers access to a diversified market-cap weighted basket of the top five cryptocurrencies that is rebalanced monthly. The two specialist market makers, Jane Street and Flow Traders, will act as authorized partners, with the index to trade under the ticker $HODL.

In contrast to the other two exchange traded options (Coinshare & Grayscale), $HODL will be the first crypto ETP that legally has to be fully backed by turning the stock share into cryptocurrencies (the exact process employed by the ETP for this is not yet known, we will update accordingly when known). Coinshares´ Exchange Trading Notes (ETN) for example are technically an unsecured debt by the issuer, which are collateralized with cryptocurrencies. Within the ETP family, ETFs are the most popular, since it allows you to basically buy the underlying asset without having to secure it, delegating those aspects to the issuer and their partners.

Based on back-tested data, the Amun Crypto Basket Index has generated 2046 percent returns in the period from January 1 through August 31, 2018. These returns are notably better than well-known peer indices, such as Coinbase's Index (751 percent) and Bitwise's Hold10 (827 percent).

The index is registered by MVIS, which is a fully regulated index arm from VanEck's investment management firm. Leading up to VanEck's Bitcoin ETF that is currently under revision by the US SEC, the approval of the Amun Index can play a positive role in the SEC ETF approval. The next deadline on the VanEck ETF is December 29 of this year. However, we anticipate that the SEC will delay its decision until February 2019.

At Countach Research, we believe that the approval of an ETN and ETP on major European exchanges, such as the SIX Swiss Exchange, are very bullish signs towards an eventual ETF approval of the SEC. Until now, nine applications to list and trade Bitcoin ETFs were denied by the U.S. SEC, but we believe that we are not far away from an ETF approval (Q1/Q2, 2019).

Although investors in the traditional financial market can already invest in Bitcoin and cryptocurrencies as a net asset class through an ETN and ETP, the introduction of Bitcoin ETF in the U.S. market would effectively legitimize the cryptocurrency sector. This could significantly boost the confidence of investors and institutions in cryptocurrencies, as they previously did not invest in Bitcoin, partially due to regulatory conflicts.

Similar to the approval of bitcoin futures igniting a bull run in November last year, we believe that the bitcoin ETF will be an even bigger factor in driving the next bull run, allowing for stronger participation and consequently higher investments from institutional players.

Conflict Disclosure: Countach Capital, an investment fund affiliated with Countach Research, holds the mentioned coins of BTC, ETH and XRP at the time of writing. The investment fund also plans to invest in the $HODL ETP. The fund is also invested in other cryptocurrencies not mentioned in this article. 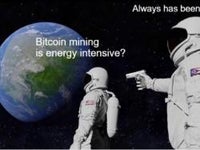 Tesla Stops Taking Bitcoin. What Elon Musk Is Up To And Why He Will Likely Transition To Ethereum 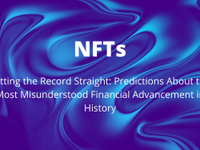 Setting The Record Straight On NFTs: Predictions About The Most Misunderstood Financial Advancement In History 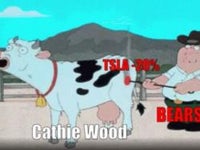 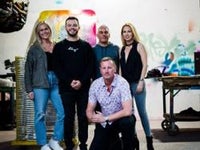