The word “finance book” conjures images of pages riddled with math, charts and dry verbiage, right? Wait, though. The best finance books are still powerful teaching tools, and there are hundreds of the “can’t-put-it-down” variety just a click away. We’ll prove it.

What do good finance books have in common?

Good stories are the critical components of any finance book. A few of the books on this list are even full-fledged narratives. Great finance writing should be:

Here are six books Benzinga recommends if you’re just graduating from college or beginning to save for retirement.

1. A Random Walk Down Wall Street by Burton G. Malkiel

A Random Walk Down Wall Street
by Burton G. Malkiel 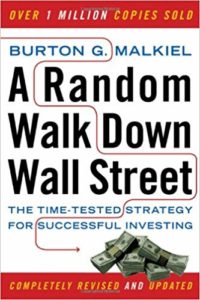 One of the original investing and money management guides from a veteran economist who spent nearly 30 years with The Vanguard Group. Malkiel’s novel is an all-encompassing review of the world of the finance filled with timeless advice. You’ll revisit the South Sea and Tulip Bulb bubbles, two events that showed how emotions can turn our common urges into unhinged outbursts. Some heavy topics are covered, but the author’s storytelling and personal financial wisdom keep you from putting it down. Oh, that and the jokes. There’s a reason it’s been in print for more than 40 years. 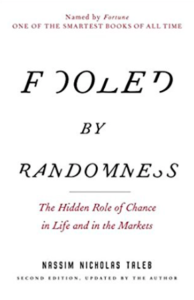 Speaking of storytelling, there’s no greater teller of tales than the human brain. We’re trained to look for patterns in everything: stock charts, health habits, even the cards we’re dealt in a poker game. But what our brain struggles to comprehend is the concept of randomness. Why do we search so hard for meaning from arbitrary events? One of the seminal works to contemplate how chance influences our lives and how often we’re mystified when we do everything right and still get unlucky.

3. Barbarians at the Gate: The Fall of RJR Nabisco by Bryan Burrough and John Helyar

Barbarians at the Gate: The Fall of RJR Nabisco
by Bryan Burrough and John Helyar

Ross Johnson, CEO of Nabisco, and the excessive greed of the 1980s led him in a high-stakes battle for his own company after he declared he’d take the firm private. Investment manager Henry Kravis then organized one of the largest leveraged buyout offers in history and went to war with Johnson for control of Nabisco.

As the offers intensified, some major Wall Street players entered the fight. Morgan Stanley, Goldman Sachs, Merrill Lynch, and Salomon Brothers all played a part in this battle, and we won’t give away the ending. You’ll have to find that out for yourself.

4. The Money Game by Adam Smith 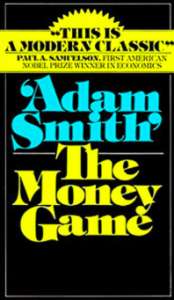 The Money Game
by Adam Smith

This book was actually written by George Goodman, an outspoken critic of economists, who he claims often make unjustified assumptions.

His first non-fiction book is The Money Game, one of the first publications to break down financial markets by looking at the players involved (and their incentives).

The market is a game, and the scariest moment comes when the players realize that they might not even know the rules of the ever-changing game. 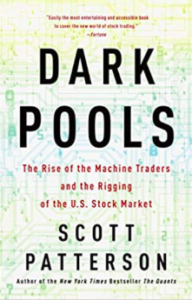 Technology has reshaped markets around the globe, and Dark Pools tells the story of the prophets who changed them forever. Thanks to a few sophisticated math geniuses, automation, and AI began creeping into the world of finance.

Follow the life of computer wizard Josh Levine as he builds more and more advanced trading systems. As the tech increases, so does the speed. Soon, trades are being made in fractions of a second with huge sums of money chasing the tiniest spreads and arbitrage opportunities. Patterson explores the rise of high-frequency trading, automated trading systems, and whether we have the proper tools to control an increasingly AI-infused world.

6. I Will Teach You To Be Rich by Ramit Sethi 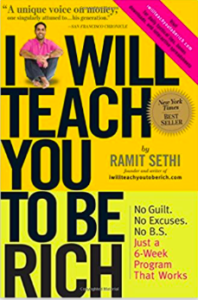 I Will Teach You To Be Rich
by Ramit Sethi

When he wrote his common sense book, Ramit Sethi was a young professional trying to get through life on a budget. But the lessons in this book are something every college student or young graduate needs to hear.

You’ll get actionable advice not just on budgeting and saving, but how to communicate with your bank and brokerage in order to get better deals. Want to learn a method to get your credit card provider to lower your interest rate? Or maybe you’d like to get your bank to waive overdraft fees? Sethi explains how to automate your money and take control of your finances without complex theories. This book is guaranteed to simplify your financial life, entertaining you all the way.

There are too many great reads on the market, but we can’t cover them all. Here are a few extras to pad our list:

Good finance reads like these don’t require an MBA. Next time you’re preparing for a relaxing vacation or even just a quiet evening at home, pick up one of these books. Chances are, you’ll end up improving your financial habits, and you’ll be entertained, too.

$BTC: Crypto Analyst Who Correctly Predicted Bitcoin Would Retreat To $21K Now Has This New Alert

AAPL: Here's How Much $100 Invested In Apple 20 Years Ago Would Be Worth Today

CAT, CVX, ORCL: After Tesla, This Oil Giant Is Shifting Majority Of Employees From California To Texas