how to Buy Cryptocurrency

In a matter of about 72 hours, a decentralized autonomous organization (DAO) called the Constitution DAO raised more than $47 million. Its goal was to buy one of the last privately owned copies of the U.S. Constitution at a Sotheby’s auction. Unfortunately, it failed to win the bid and went home empty-handed, but it proved the extraordinary power of DAOs and cryptocurrency crowdfunding.

Crowdfunding is only one of at least hundreds of possible uses for DAOs. There are investing DAOs that pool money for various investments, application DAOs that decide on important factors impacting the application and many more. They work almost like publicly-owned companies but are often much more open and don’t have many secrets. They too have shareholders who get to decide what the DAO does and how and when it does it.

What Is a DAO?

DAOs use blockchain technology to create transparent governing bodies that make decisions by the will of the people. For many people in the cryptocurrency scene, they are a pure form of democracy. A true DAO has no centralized body controlling its every decision. Instead, users who hold voting shares or tokens get to vote on everything, often weighted by how many tokens they have. Every transaction is published on the open blockchain for everyone to see, making it more difficult for DAOs to lie to their members.

They are also likely the easiest way to make an application truly decentralized. The decentralized finance (DeFi) ecosystem on Ethereum and rival blockchains prides itself on its lack of central governance. Most decentralized applications (DApps) launch in the centralized control of the developers and then are eventually handed over to a DAO built to take over the role of governance. Examples of application DAOs are Uniswap, Aave and Curve.

The applications of DAOs are nearly endless. The most popular application at the moment is for DApp governance. The decentralized nature of DeFi doesn’t stop at the network level. App developers don’t want to force their users to trust them alone; they want them to be able to trust the platform. Developers can create DAOs with easy ways of proposing changes, whether small or large, to the platform, and token holders vote on whether it passes. The most common types of DApps that often use DAOs are decentralized exchanges (DEXes) and lending platforms. Check out the current DAO landscape in Coopahtroopa’s framework below.

Metaverse video games are also becoming extremely popular, and many are going the route of decentralization through creating a DAO. Decentraland, a 3D world built and owned by its players, is a prime example. It allows its members to vote on changes to the game and its item ecosystem through the Decentraland DAO. The Sandbox, a rival metaverse game, is often called decentralized, but at the time of writing, it is not. It does say it has plans on implementing a DAO, but that still seems to be far in the future.

Even though the first major DAO was a crowdfunded venture capital group, similar investing-focused projects have been less popular. However, they are steadily becoming more prevalent. NFT-based investing DAOs have blown up recently alongside the entire NFT market. Most require NFT holders to stake their NFTs to vote and earn tokens, representing a fraction of the group’s holdings. For example, HeadDAO holders collectively own a fund of blue-chip NFTs including CryptoPunks, Bored Apes and others. DAOs like HeadDAO are constantly innovating and finding new ways to make the tech great.

Pure democracies like DAOs, for now at least, are imperfect. There are many good reasons why democratic governments today mostly use representative systems instead of leaving every decision to a population-wide vote. Not everyone can learn enough to make so many informed decisions, so we often pass the baton to a small group of people we can trust the most to act in our interest. This logic carries over to DAOs. They could set up similar or better representative systems, but most are still using basic voting.

One of the greatest advantages of DAOs can also be one of their greatest challenges. Most want to be as open as possible to allow for fair discussion and decision-making. This objective makes it difficult to secure trade secrets like proprietary code or investing strategies. A prime example of this is the Constitution DAO. Everyone bidding on the Constitution that night could estimate its maximum bid and prepare to bid a small amount above it.

You can’t discuss DAOs without mentioning the 2016 hack of The DAO. It was built on Ethereum and was intended to be one of the first investor-led venture capital DAOs. It started selling tokens that would function as voting shares in 2016, a year after the blockchain launched. It was considered to be so revolutionary that it raised $150 million worth of Ether in the sale.

Unfortunately, it would never become the fund its creators dreamed it would be. During the sale, experienced Ethereum developers noticed vulnerabilities in the code. Less than 3 months after it launched, The DAO was hacked, losing its investors 3.6 million Ether. That 3.6 million Ether was worth $60 million in 2016, and it’s worth a bewildering amount today: over $16 billion. The hack was so monumental for the nascent Ethereum network that its miners decided to split the blockchain with a hard fork to roll it back to before the attack occurred.

DAOs are only as secure as the code they are written with. Nowadays you can make one using sophisticated platforms like juicebox.money and DAOHaus that provide already built code templates. There could still be bugs in these codebases, but they have been proven to be relatively safe so far.

Where to Buy DAO Tokens

Luckily, all the tokens mentioned above are extremely popular and are available on many different trading platforms. Four of the best exchanges you can purchase these tokens on are Coinbase Global Inc. (NASDAQ: COIN), Binance and eToro. FTX also has all these tokens except for CRV. Before you can start trading you need to verify your identity with the exchange. This process generally requires you to provide your address, Social Security number and a picture of your driver’s license (or other valid ID). As soon as you are verified, you should be able to deposit fiat currency or a different crypto and purchase DAO tokens.

Best For
Copy Trading
Overall Rating
Read Review
get started securely through eToro’s website
More Details
Disclosure: This ad promotes virtual cryptocurrency investing within the EU (by eToro Europe Ltd. and eToro UK Ltd.) and USA (by eToro USA LLC); which is highly volatile, unregulated in most EU countries, no EU protections and not supervised by the EU regulatory framework. Investments are subject to market risk, including the loss of principal.
Best For
Copy Trading
N/A
1 Minute Review 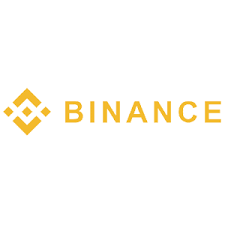 Binance is the largest cryptocurrency exchange in the world by trading volume. In fact, it tops the ranks of cryptocurrency exchanges maintained by CoinMarketCap, which are ranked based on 24-hour trading volumes, exchange score and average liquidity. Binance triumphs over exchanges like Huobi Global and Coinbase, which follow closely in 2nd and 3rd places, respectively.

Previously based in Malta, the Binance Group is now based in the Cayman Islands. Binance has several locations and entities registered across the globe. In the United States, it’s known as Binance.US. The exchange in the U.S. uses the same cutting-edge technology and trading services as its global counterparts with the difference being U.S. regulatory compliance. It is operated by San Francisco-based BAM Trading Services.

Binance.US ranks 9th on CoinMarketCap’s list of the top 10 exchanges based on metrics like 24-hour trading volume, exchange score and average liquidity. Binance could be a good platform for you to invest in cryptocurrencies if you are a U.S.-based trader who trades frequently, doesn’t intend to pay high trading fees and needs access to a large number of cryptocurrencies.

The Future of DAOs

DAOs are growing in popularity incredibly fast right now, and they have a decent chance of replacing centralized governance apps, investing groups and video games. Remember that they have significant flaws and at least until those problems are solved, a United States Government DAO is unlikely. In the meantime, token holders can still vote on important decisions in their DApps.

What are some examples of DAOs?

When most people think of DAOs, their first thought goes to the now defunct The DAO network that was effectively terminated in 2016 after a hack. However, there are many examples of functioning DAOs as well. Some examples of DAOs that are currently in operation include MakerDAO, Dash and Augur.

What is DAO in banking?

Investor interest in DAOs and DAO technology has led to the creation of a number of decentralized finance solutions based on DAOs. Some examples of how DAOs are used in the financial sphere include yield farming operations and decentralized exchanges like Uniswap.

$BTC, $DOGE, $ETH: Bitcoin, Ethereum, Dogecoin Subdued: Why This Analyst Says Volatility Is 'Going To Kick In' Next Week

$BCH, $DOGE, $ETC: If You Had $1,000 Right Now, Would You Invest In Dogecoin, Bitcoin Cash, Ethereum Classic Or Litecoin?