Want to claim 12 FREE stocks? Head over to Webull to get started.

Mutual funds used to be far and few between. Now, more mutual funds exist than common stocks on the New York Stock Exchange and the NASDAQ combined. Only one open-end mutual fund existed in 1924, the Massachusetts Investors Trust (MITTX).

It’s now rated three stars by Morningstar and it charges a 5¾% up-front load. If you deposit $1,000 for the purchase, $942.50 invests in securities and $57.50 goes to the representative that placed the order.

In 1976, Vanguard introduced its 500 Index Fund (VFINX), a no-load fund, and investors could track the market with this fund through Standard and Poor’s 500. VFINX has returned 11.17% since its inception and has underperformed its index by only its expense ratio which now stands at 0.14%.  Learn more about how far they've come and the best performing mutual funds on the market.

Which Fund is Best?

You must whittle down the number of funds by sorting qualities and characteristics. Fortunately, there are two major mutual fund evaluators that share this information—Lipper and Morningstar.

Lipper ranks funds by five categories in each of four time periods so that twenty slots show up containing numbers from 1 through 5. Those categories are:

You can sort for only those funds ranked “5” in all categories. Morningstar ranks every fund with one to five stars.

A selection from both ranking services of only their highest quality funds creates a pool of funds where the rewards may outweigh the risks.Through Lipper and Morningstar, you can select the market most appropriate for this purpose. If you’re a U.S. citizen, choose U.S. companies to avoid currency and geopolitical risk. The fund rating agencies split the U.S. market by size of company and investor purpose.

Companies are segregated by capitalization—large-cap, mid-cap, and small-cap and separated by growth, blend (core), and value.You can sort both Lipper and Morningstar for best mutual funds in each of the standard nine categories. Small-cap funds were selected out of this search by the volatile nature of their investments.

Check out Benzinga's guide on how to invest in mutual funds.

Here are our picks for the best performing mutual funds based on the criteria above.

TRBCX takes more risk for those returns—nearly 44% of its assets are invested in its top ten holdings. Larry Puglia has managed this fund since its inception in 1993 and his performance has improved compared to his competitors in recent years. 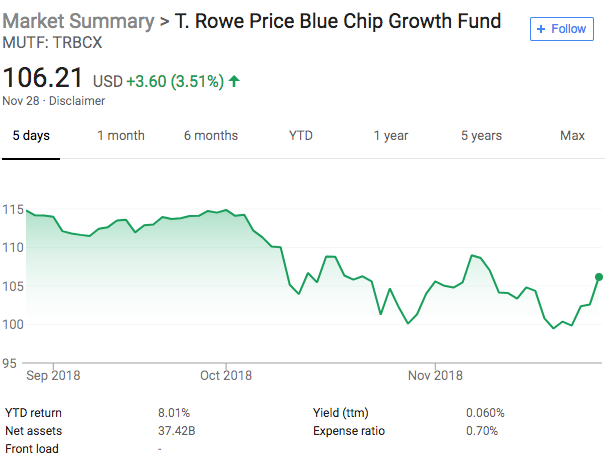 The Janus Henderson Triton Mid-Cap Growth Fund (JANIX) leads with its 18.72% ten-year total return. It also presents one-, three- and five-year gains that place it near the top of all funds selected. It does not concentrate its investments in a few stocks in order to achieve those results.

Only 18.59% of its total assets are invested in its top ten holdings. JANIX looks for small to medium capitalization companies with superior long-term growth, and Jonathan Coleman has, kept JANIX ranked near the top of performance periods during the last five years. 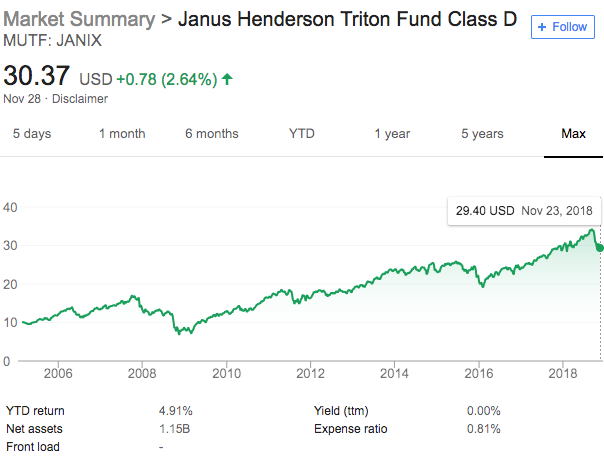 With the same manager since 1992, RPMGX has produced a 13.5% average annual return over that period of time. Fund manager Brian Berghuis does not take undue risk, as only 18.34% of the fund’s assets are in the top ten stocks held. 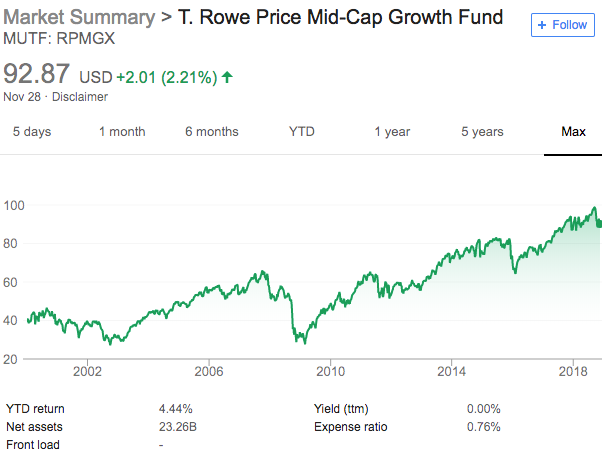 Vanguard’s PRIMECAP Core Fund (VPCCX) turns over only 9% of its portfolio annually and management expenses are less than 0.5%.

Alfred Mordecai has run the fund since its inception in 2004 and his performance compares well in recently tougher markets. Because of its focus on “core” stocks, it can invest in securities which allow it to pay a dividend, yet provide high comparative returns. 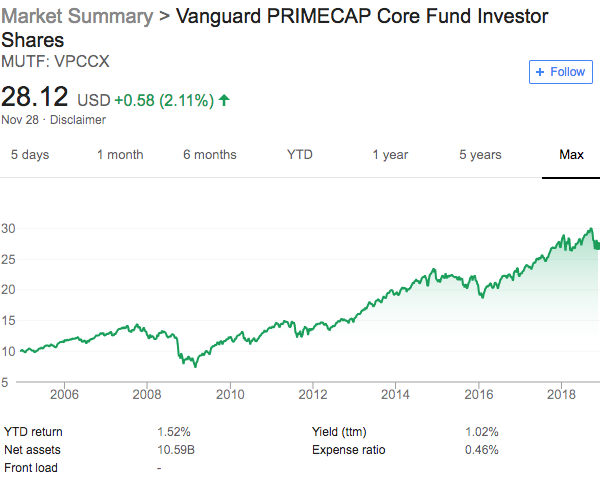 Vanguard’s Value Index Fund (VIVAX) has more assets than any fund selected, with $71 billion under management. It is also the least expensive to own with only a 0.17% annual fee.

VIVAX is an index fund designed to track the performance of the CRSP US Large Cap Value Index. VIVAX pays a much higher than average dividend yield while providing exceptional performance over the recent and intermediate time periods.

The fund’s turnover rate ties for lowest in the group at 9% of assets annually and it holds three times the number of individual securities as the other members of this selection. VIVAX has had the same manager since 1994. 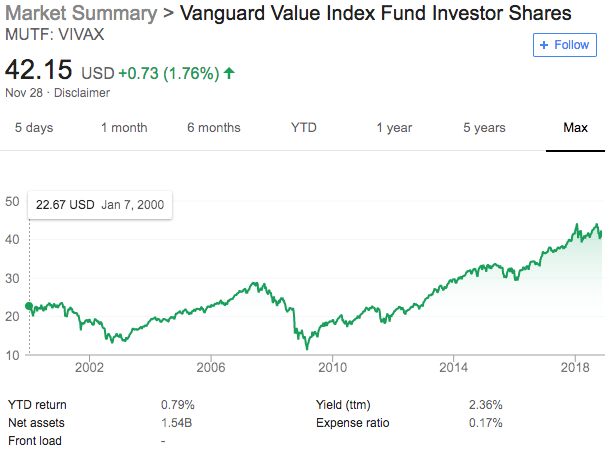 Mutual funds spread an investor’s assets over many individual securities and reduce risk through diversification. An individual investor buys that lower level of risk with management fees paid to professionals who place the money in concert with research and experience.

Also, note that there are few sensible financial reasons to pay an up-front load. The most well-marketed load funds can be matched by no-load funds that will put your entire investment to work at net asset value.