Bitcoin can be an extremely volatile investment, often fluctuating double-digit percentage points each week. Even though Bitcoin –– and other digital assets for that matter –– are extremely volatile, cryptocurrencies have outperformed almost any other asset class. Just over a decade ago, Bitcoin traded for less than $1. In 2021, Bitcoin surpassed $65,000 and investors are bullish on the asset class heading into 2023.

But what actually determines the price of Bitcoin, and does it have real value?

Like gold and silver, Bitcoin is a commodity. A commodity is a basic good that is interchangeable with goods of the same type.

Some commodities, like agricultural products, have value because they are used as inputs for other goods or can be consumed by customers.

Other commodities, like gold and silver, have value because they are scarce and people give them value. Bitcoin’s value is derived in a similar way as precious metals: Its value is based on scarcity and high demand.

And unlike a publicly-traded company, Bitcoin is not governed by a central entity. It also doesn’t have a balance sheet, profits or even revenues, which are commonly used to determine a stock’s price. Since Bitcoin doesn’t operate like a company, the price is widely determined by market demand for the asset, leading it to be more volatile than stocks and other traditional investments.

Supply and demand determine the price of Bitcoin. Its supply is regulated by algorithms on it’s blockchain — about 6.25 bitcoin are minted every 10 minutes. As of now, there are about 19 million Bitcoin in circulation, and the maximum supply of Bitcoin is capped at 21 million.

The market supply of Bitcoin is determined by how much Bitcoin is for sale on the market. Sellers can choose the price they want to sell Bitcoin at, so the number of buyers has to be greater than the number of sellers at any given price for Bitcoin’s price to increase.

Although 19 million bitcoins are in circulation, many of these coins have been lost to the point where they can’t be recovered. According to the cryptocurrency data firm Chainalysis, about 20% of all bitcoins (around 3.7 million) have been lost. This number is determined by bitcoin that is stored in a cryptocurrency wallet that hasn’t had any interaction in the last 5 years.

The market demand is determined by how many buyers there are for Bitcoin at any given time. As buyers purchase Bitcoin, they drive the price of the commodity up. Once sell orders at a certain price are bought up, the price increases to the next lowest sell order price.

Bitcoin miners affect the market supply of Bitcoin in a unique way. Miners secure Bitcoin’s network with computational power, and they are paid in transaction fees and block rewards.

The block reward is the amount of Bitcoin rewarded for completing a block on the blockchain, which is currently 6.25 Bitcoin per block. These rewards are newly minted bitcoins, and the reward halves every 4 years during what’s called the Bitcoin halvening. Bitcoin is set to halve its block reward next in 2024.

Competition From Other Cryptocurrencies

Cryptocurrency exchanges commonly have altcoin-Bitcoin pairs. Altcoins are any cryptocurrency other than Bitcoin.

Because exchanges allow you to trade against Bitcoin, people often directly buy other cryptocurrencies using Bitcoin. To do this, they sell their Bitcoin, driving up supply and lowering the price.

While Bitcoin had a phenomenal run in 2021, bearish macro economic conditions have put downwards pressure on Bitcoin’s price for the first half of 2022. Heading into the second half of 2022, many investors are still bullish on both Bitcoin and the asset class as a whole. Take a look at the most up-to-date Bitcoin price.

Who Changes the Price of Bitcoin

Whales –– people who own huge amounts of bitcoin –– can push prices up and down if they place extremely large buy or sell orders. Data from Bitinfo affirms that very few crypto wallets hold most of the Bitcoin in existence: 99.5% of Bitcoin wallets hold a balance of less than 1 bitcoin. Some people claim that whales manipulate the price of Bitcoin, but this is hard to confirm.

Satoshi Nakamoto, the anonymous creator of Bitcoin, owns 1 million bitcoin, and could potentially change the price of Bitcoin if it is ever sold. But this is an extremely unlikely scenario, as Satoshi would expose his identity if he ever sold his bitcoin.

Since it doesn’t have balance sheets, profits or revenues, it’s hard to give Bitcoin intrinsic value. Bitcoin’s price is mostly speculative and highly volatile. It’s not uncommon for Bitcoin’s price to drop 80% to 90% in bear markets before returning back past it’s all-time highs. There are also short-term price crashes during bull markets, but these usually don’t surpass a 40% dip and typically recover shortly thereafter.

An investment in Bitcoin can be an exciting way to diversify your portfolio. To invest in Bitcoin, you need to sign up for an account with a cryptocurrency brokerage. There are many great options for crypto brokerages, such as Gemini, Coinbase eToro and Kraken.

Take a look at our top picks for Bitcoin exchanges. 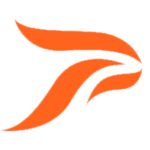 Pionex is a cryptocurrency exchange with built-in trading bots. You can access 12 unique trading bots for no additional fee. These bots allow you to automate your investing strategy so you don’t need to constantly monitor the market. Pionex features low trading commissions and a fully fleshed-out mobile app. We believe Pionex would be a great option for high-volume and mobile investors.

Robinhood is the broker for traders who want a simple, easy-to-understand layout without all the bells and whistles other brokers offer. Though its trading options and account types are limited, even an absolute beginner can quickly master Robinhood’s intuitive and streamlined platform. On the other hand, more advanced traders might be frustrated by Robinhood’s lack of technical analysis tools, a feature that’s now nearly universal across other platforms.

Q: Why do bitcoins have value?

A: Bitcoin has value because people give it value. It is scarce, and there is only a finite amount, similar to gold and silver. Using Bitcoin as a store of value has many advantages over precious metals.

Bitcoin is much easier to store, transfer and own than gold. Precious metals that are used as stores of value also need to be stored in a physical location, making the cost of storing large amounts of gold much higher than the cost to store Bitcoin.

And there technically isn’t a finite amount of gold and silver. These precious metals are constantly being mined, adding to the supply. Companies are trying to find ways to mine precious metals from asteroids which could greatly increase the supply of gold.

With Bitcoin, there will never be more than 21,000,000 in supply. For these reasons, many investors see Bitcoin replacing gold as a universal store of value in the future.

Q: How are bitcoins created?

A: Bitcoins are created through a process called mining. Bitcoin miners power Bitcoin’s blockchain with computational power for block rewards and transaction fees.

The block reward for mining halves every 4 years in an event called Bitcoin halving. This will happen again in 2024, reducing block rewards to 3.125 bitcoin every 10 minutes. This will continue for about 120 years until 2140 when all the bitcoins have been mined. Once this occurs, miners will profit solely from Bitcoin transaction fees.

Why is Bitcoin Valuable?

Bitcoin has value because people value it. The U.S dollar, gold and silver are similar –– they aren’t backed by anything except people’s trust that these assets will hold, and hopefully increase, in value.

Bitcoin can be considered the superior store of value in many ways. Bitcoin doesn’t take up physical space, so it’s easier and cheaper to store than precious metals or fiat currency. And Bitcoin can be sent around the world securely, without the risk of being stolen.

Bitcoin is also the 1st commodity to truly have a finite amount in circulation. While precious metals are scarce, more can be mined. With a limited supply that will increase demand, it’s not unreasonable to predict that Bitcoin could replace gold as the universal store of value in the future.

$ETH: Here's How Much $100 Invested In Ethereum Today Will Be Worth If It Hits All-Time Highs Again

$BTC, PARA, PARAA: Did Fortune Favor The Brave? If You Invested $1,000 In Bitcoin When Matt Damon Said, You'd Have This Much Now

$BTC, $DOGE, $ETC: A Look At Bitcoin Heading Into The Weekend: What's Next For The Apex Cryptocurrency?

$ETC, $ETH: Ethereum Merge Date Gets Moved Up By 4 Days: Why The Change Is Significant