You may not remember much from economics courses in high school—if you took one. Luckily, there are a number of engaging and insightful economics books currently available at your local library and online bookstore that don’t require a doctorate to understand.

What makes a good book? The answer to that question will depend upon the genre and your personal preferences. However, identifying a great book on economics is typically much easier. On your search, look for books that have all of the three following characteristics:

No matter what your skill level, the economics books you choose to read should be at or slightly above your technical understanding. If you find yourself having to look up multiple terms per page, re-reading what you’ve already read multiple times because you don’t understand the text, or you can’t seem to remember what you’ve read on a chapter-to-chapter basis, chances are that you’re reading too far above your skill level.

Just because a book is simple to follow doesn’t mean it should be boring. The subject of economics might not be on-par with fantasy adventure novels in terms of excitement, but great authors know how to take a relatively dry subject matter and make it fun. If you find yourself falling asleep, you may want to abandon ship and pick up another title.

Perhaps the most important quality, you should only read economics texts that are honest with you. Occasionally, dishonest authors will cleverly disguise their get-rich-quick scheme as a scientifically-based manual on “economic secrets that professionals don’t want you to know”. These types of texts usually make unbelievable claims, such as a promise that “anyone can get rich from forex trading” or “investing in a single stock will unlock financial freedom in one year”. When you’re reading, you should always remember what mom used to say: “if it seems too good to be true, then it probably is.”

Our picks for the best economics books

Based on those qualities, we picked several must-reads. You'll find that some are as old as the study of capital markets and other, more modern books may take a completely different approach to economics.

1. The Wealth of Nations by Adam Smith 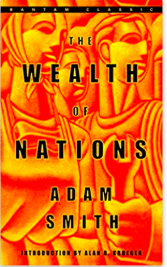 2. The Everything Economics Book by David A. Mayer 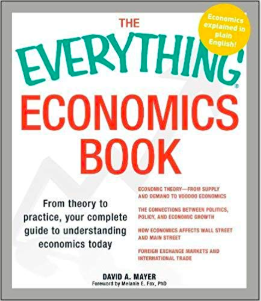 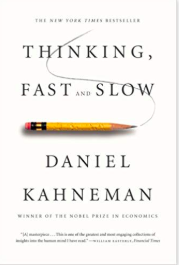 4. Simplify: How the Best Businesses in the World Succeed by Richard Koch and Greg Lockwood 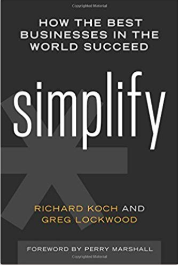 Simplify: How the Best Businesses in the World Succeed By Richard Koch & Greg Lockwood What makes a successful leader? What separates businesses that fail from those who go on to achieve international success? In a world that’s constantly changing, how do the biggest businesses remain creative and innovative after they’ve reached the top of the mountain? Written by a serial entrepreneur addicted to success and a venture capitalist known for his risk-taking, Simplify: How the Best Businesses in the World Succeed uses real-life case studies of business operations to drive home the author’s ideas on how business owners can achieve success. Using plenty of easy-to-comprehend examples, the authors introduce the ideas of price simplification (reducing prices to appeal to thrifty consumers) and proposition simplification (distilling complicated products down to only the features that make them fun to use) to help entrepreneurs “simplify” their way to success. Great for the business owner who feels trapped in everyday details, Simplify is understandable and engaging for all audiences. 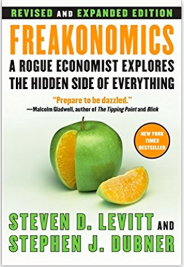 Freakonomics By Stephen J. Dubner & Steven Levitt A cultural phenomenon, Freakonomics seeks to blend popular culture with the basic principles of economics to show that economic theory applies to much more than international commerce deals and classroom exams. Even those unfamiliar with economic theory will enjoy chapter three in particular, in which Dubner and Levitt use the politics and working conditions of drug dealing in Chicago to explain the principles of labor supply and demand, along with the ever-present fallacy of guaranteed success. Fun to read and educational to boot, Freakonomics uses hard data and often-ignored segments of the population to teach us that conventional thinking is often wrong and that statistics don’t always reflect exactly what they seem.Can’t get enough Freakonomics? Authors Dubner and Levitt also host a free podcast titled “Freakonomics Radio,” which continues the ideas introduced in the book using contemporary examples and world events.

6. Misbehaving: The Making of Behavioral Economics by Richard H. Thalor 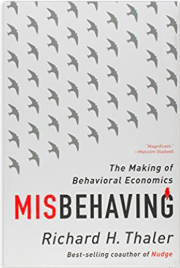 Misbehaving: The Making of Behavioral Economics By Richard H. Thalor Misbehaving is unique because it isn’t afraid to attack its own industry—namely, the professors and academics with whom author and professor of economics Richard Thalor worked with while employed at the Chicago Booth School of Business.In the 70’s, economics professors were determined to shed the public’s notion that economics was little more than a social science; in an effort to make the discipline seem more precise, professors labeled humans as “optimizers” who would always choose the option that made the most sense for their unique situation when it came to buying a product or making an investment. Misbehaving introduces the idea that humans are imperfect creators whose decision-making skills are often flawed. Thalor takes a hard look at how behavioral economics plays a role in consumerism and focuses on how anomalies in human decision making have thrown a wrench into economists’ desperate attempts to legitimize and quantify economic behavior.

7. The Myth of the Rational Market: A History of Risk, Reward, and Delusion on Wall Street by Justin Fox 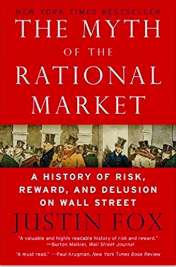 You might have noticed that a large percentage of the books we’ve recommended deal with psychology alongside economic theory. Understanding how humans think, behave and make decisions is crucial to predicting what will sell, which companies will succeed, and how the market will change in the future. The most successful traders and investors know that at the end of the day, the economy is not determined solely by numbers, but by the humans behind each stock or bond purchase and what they feel is right. By combining an understanding of decision-making with a firm grasp of the functions of economic theory, you’ll find yourself a much more informed (and profitable) investor.  Looking to learn more about the psychology of economics? Check outthis article on investor psychology or ourbeginner’s guide to day-trading psychology to increase your knowledge on how our imperfect minds affect the economy.