Chart Wars: Does Amazon Or Alibaba Have More Upside Potential?

Amazon.com, Inc AMZN and Alibaba Group Holdings, Inc BABA were trading down over 4% and 1.3%, respectively, on Tuesday afternoon in a continued sell-off that has seen Amazon lose about 16% of its value and Alibaba about 14% since Jan. 12.

The stocks are headed toward their quarterly earnings print, with Amazon expecting to report on Feb. 3 after the closing bell and Alibaba before the markets open on Feb. 8. Both multinational tech and e-commerce giants have suffered massive declines, although Alibaba has been hit harder for a longer period of time, currently trading down 62% off its Oct. 27, 2020 all-time high of $319.32, while Amazon is down a total of 26% since reaching a July 13, 2021 all-time high of $3,773.08.

Despite its larger decline, looking ahead to 2022 Alibaba may have more room to regain ground because although both stocks look bearish in the short-term, Alibaba has shown signs its bottom may be in.

It should be noted, however, that events affecting the general markets, negative or positive reactions to earnings reports and news headlines about a stock can quickly invalidate patterns and break-outs. As the saying goes, ‘the trend is your friend until it isn’t’ and any trader in a position should have a clear stop in place and manage their risk versus reward.

In The News: Amazon and Alibaba traders will be watching how the stocks react to the Federal Reserve’s decision on its timetable for hiking rates when the minutes from its January monthly meeting are released on Wednesday. The markets have been pricing in the possibility the Fed will raise interest rates four times over the course of 2022 as it continues to double taper its monthly bond purchases.

The bullish case for investors would be for the Fed to announce just two planned rate hikes, in March and July, to see if the supply chain issues brought on by the COVID-19 pandemic resolve by then, which could help bring inflation down without a need for further hikes.

See Also: Here's Why Mizuho Is Bullish On Amazon; Maintains As Top Pick

The Amazon Chart: On Tuesday, Amazon was in the process of printing an inside bar pattern on the daily chart. The pattern leans bearish in this case because the stock was trading lower before forming the pattern. 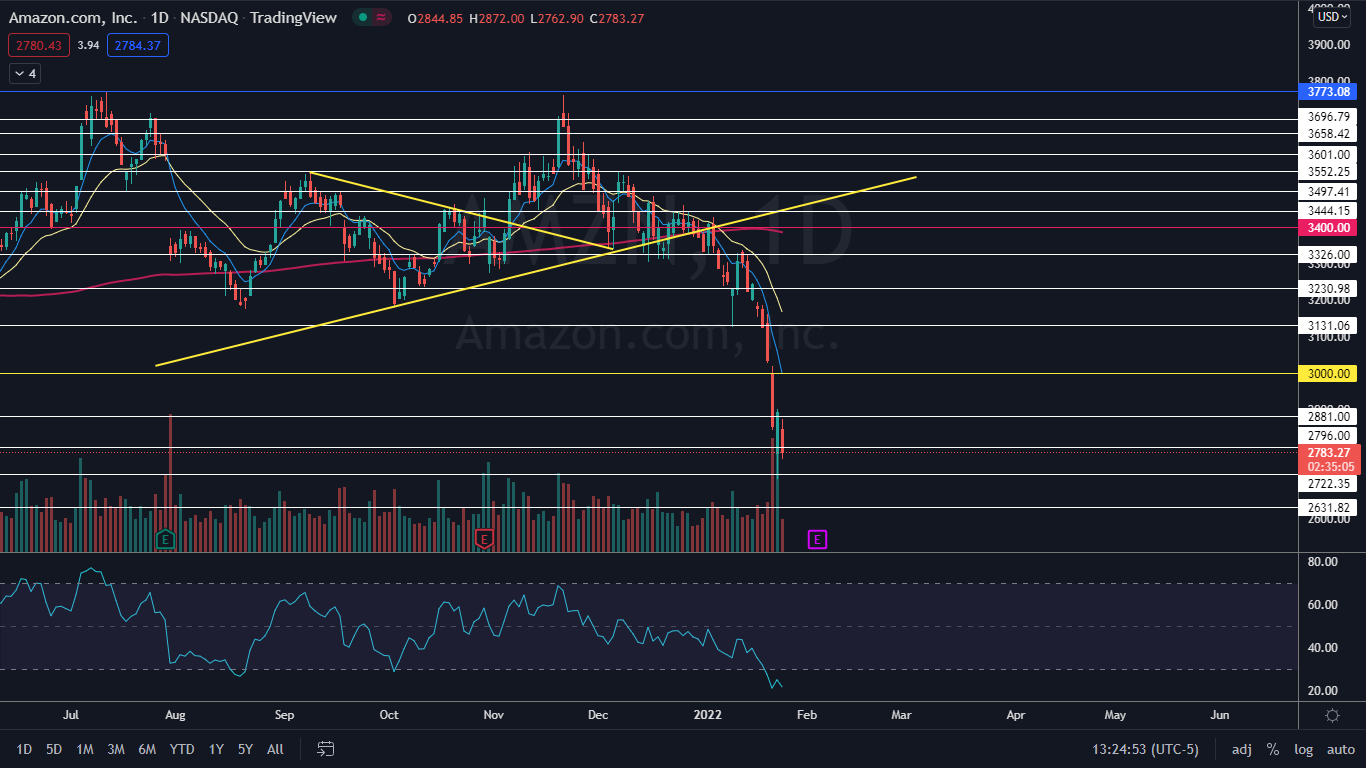 The Alibaba Chart: On Monday, Alibaba printed a bullish triple bottom pattern at the $115.82 level when combined with the similar price action at that level on Jan. 3 and Jan. 4. On Tuesday, the stock attempted to break up bullishly from the pattern but was rejected and wicked from the $121.95 level of resistance due to overall market weakness. 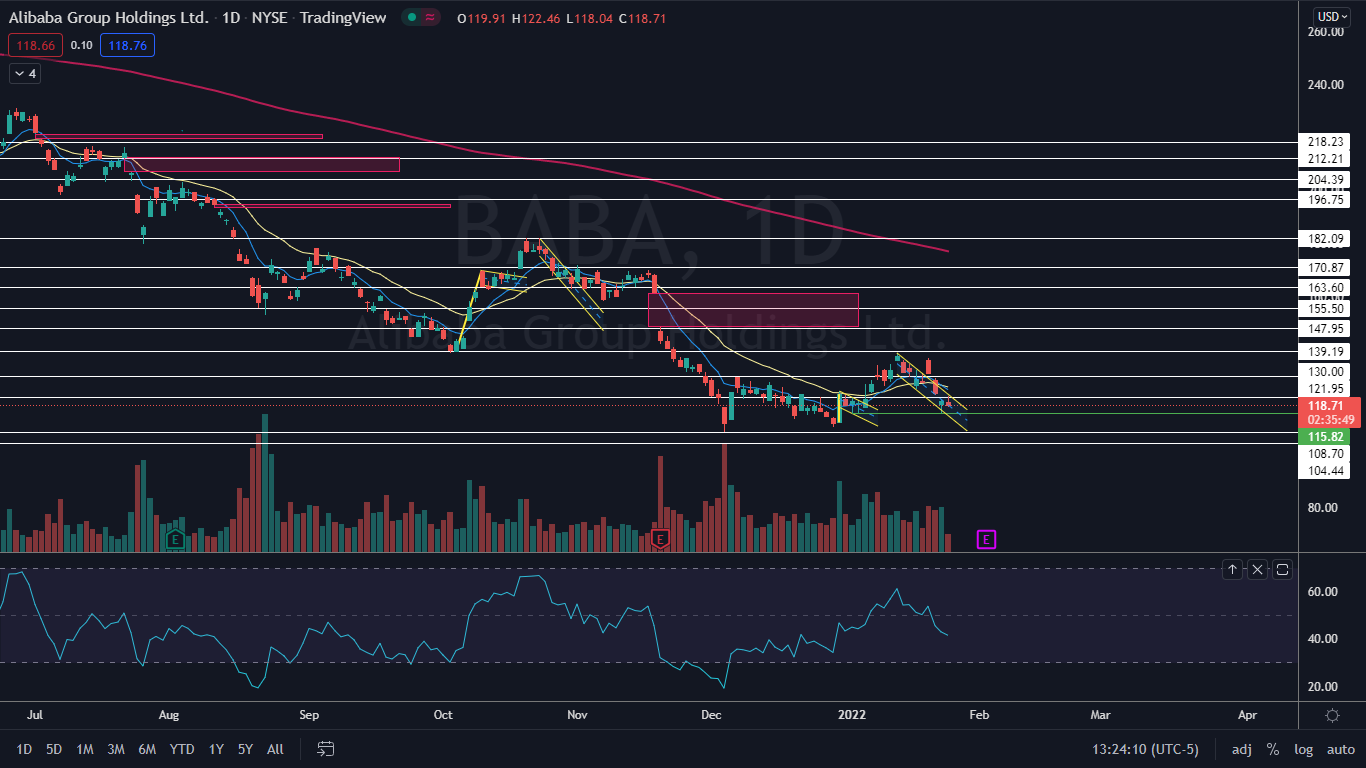