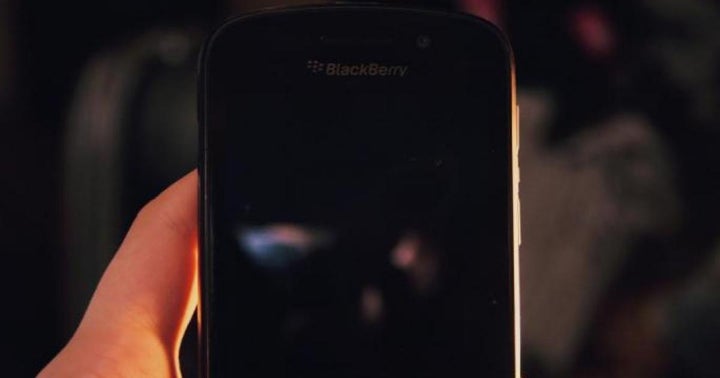 There are always sympathy trades in the markets. It's hard to ignore the short squeeze trade originated by GameStop Inc. (NYSE:GME) and now AMC Entertainment Holdings (NYSE:AMC).

One issue that has participated in both is Blackberry Ltd. (NYSE:BB).

First Go-Around: In January, when GameStop made its historic run from $17.08 to $483, other issues with high short-interest (number of shares that have been sold short but have not yet been covered or closed out) were targeted as well.

With GameStop soaring into triple digits in a volatile fashion, traders could trade more shares in a more liquid market and a lower-priced stock such as Blackberry. As a result, the issue went parabolic.

That marked the highest level for Blackberry since September 2011 when it peaked at $33.54. In the next three sessions, it cratered to close Feb. 2 at $11.55. The ultimate low for the pullback was made on May 7 ($7.71). Interestingly, that's the area from where the rally emanated from.

Here We Go Again: The nature of the current move was more compact. It started to gain momentum in the last half of May, moving off the low of the move to end the month (last Friday) at $10.07. On Tuesday, when AMC started to blast off, BB issue rallied to $11.56. On Wednesday, it peaked at $16.66 and weakened to close at $15.25.

Aggressive traders nudged the issue all the way to $21.54 in premarket trading, but could do more better $20.17 in the regular session. The culprit for the wicked retreat was the same as the instigator on the way up, AMC.

During premarket trading, AMC announced its second stock offering in a week and actually warned investors to be cautious in participating in the offering. With the vote of non-confidence from the company, AMC went into a downward spiral.

Blackberry gave investors more a chance to exit as it was in the green by nearly $5 when it peaked just after the open. Eventually, the sympathy sellers came in and knocked the issue to $13.56 and is now trading actively in the lower $16 handle.

Moving Forward: When a stock becomes this disconnected from its fundamentals, it can and will go anywhere. For those attempting to go long the issue at its currents level, be aware of two things:

For the brave souls who are attempting to short or scalp the issue be aware of a few factors:

As always, respect your predetermined risk paraments and don't hesitate to exit at your profit target or exit at a loss if necessary.

AMC Entertainment Holdings, Inc (NYSE: AMC) was attracting high interest in the WallStreetBets community on Thursday after the stock printed a read more