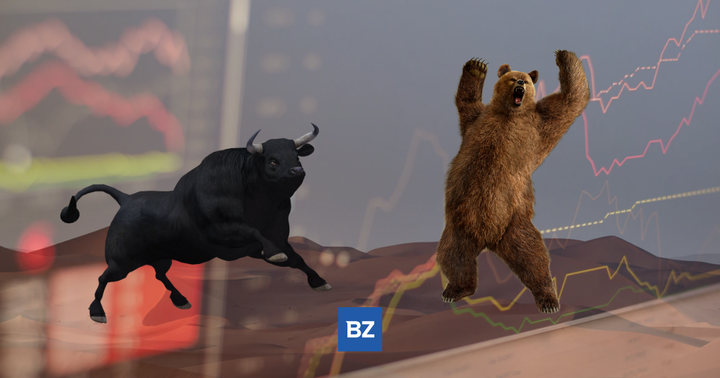 The new earnings-reporting season began this past week, and despite some low expectations, the big banks and others mostly got things off to a strong start. The week also saw rising energy prices and interest rates, though the Consumer Price Index offered no surprises. Wall Street is still braced for the Federal Reserve to begin tapering its quantitative easing.

After falling into the red early on, the big three U.S. indexes bounced back late in the week. The Nasdaq saw a gain of more than 2%, while the S&P 500 and Dow Jones industrials were up less than 2%. That puts them up between 3% and 4% since the beginning of the month, as well as at least 14% higher for the year to date.

Benzinga continues to examine the prospects for many of the stocks most popular with investors. Here are a few of this past week's most bullish and bearish posts that are worth another look.

"Why Cramer Expects Tesla And This FAANG Stock 'To Be The Two Stars Of This Quarter'" by Adam Eckert explores why the CNBC market guru believes that the current quarter is "magical" for Tesla Inc (NASDAQ:TSLA).

In "Why This Netflix Analyst Thinks Recovery Is Off To A Faster Start Than Expected," Shanthi Rexaline reveals why Netflix Inc (NASDAQ:NFLX) is picking up steam in the second half, thanks in part to surprise hit "Squid Game."

Wayne Duggan's "Is Pfizer's Stock Overvalued Or Undervalued?" discusses why, even though this COVID-19 vaccine maker's shares have lagged the S&P 500 this year, Pfizer Inc. (NYSE:PFE) stock appears to be slightly undervalued.

For additional bullish calls of the past week, check out the following:

"Is PayPal's Stock Chart Showing It's In Trouble?" by Tyler Bundy takes a technical look at fintech giant PayPal Holdings Inc (NASDAQ:PYPL). Are the bears really starting to take control of the stock, now that it has dropped out of its previous pattern?

In Priya Nigam's "BofA Cuts Virgin Galactic Target Following Latest Flight Delay," see why one analyst was not pleased as Virgin Galactic Holdings Inc (NYSE:SPCE) delayed its latest mission for a year while the competition was sending "Captain Kirk" into space.

For more bearish takes, be sure to see these posts:

Veteran trader David Green was back live trading on Benzinga Monday morning, and the long-time trader made some moves.  read more

Benzinga has examined the prospects for many investor favorite stocks over the past week. Last week's bullish calls included top growth and reopening stocks. Automakers and a leading cryptocurrency play were among the bearish calls seen. read more

AAPL: Apple's Stock Continues To Push Higher After Breaking Out