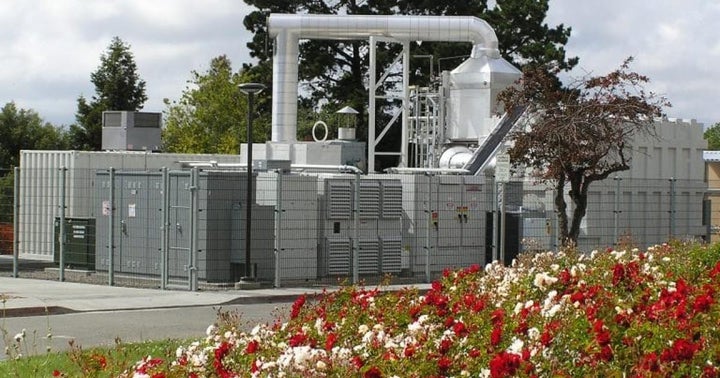 FuelCell Energy Inc (NASDAQ:FCEL), a stock that was listed in the early 1990s and peaked at the $5,000 mark two decades ago only to come down to trade in single-digit levels, has still fetched handsome returns over the past one year.

The Danbury, Connecticut-based company's stock has in the past quarter seen a jump in revenue and a narrower loss, and while it is much smaller in stature and size with a market capitalization of $2.25 billion, the stock has fared better than bigger companies such as Tesla Inc (NASDAQ:TSLA), Apple Inc (NASDAQ:AAPL), Nio Inc (NYSE:NIO) and peer Plug Power Inc (NASDAQ:PLUG).

FuelCell designs, manufactures, operates and services Direct Fuel Cell power plants. The company relies mostly on services for revenue and has in the past quarter reported a handsome jump in those numbers. But that's a one-off and the year-to-date numbers still fail to impress.

The Financial Conundrum: The company reported third-quarter numbers earlier this week. Revenue jumped 43% to $26.8 million for the quarter ended July 31, lifted by a $7.2 million increase in service agreements and license revenues. Analysts were expecting $20.69 million. Loss per share narrowed to $0.04 from $0.07, beating the estimate of $0.05.

It reported a backlog of $1.3 billion during the quarter was down 2.25%, implying it is not securing any big contracts.

Through July 31, FuelCell Energy sold about 44 million shares under the Open Market Sales Agreement, generating net proceeds of $369 million. The company ended the third quarter with cash and cash equivalents worth $494 million, compared with $192.1 million as of Oct. 31, 2020.

Shares jumped about 9% in the week after those announcements.

FuelCell, which reports earnings on a calendar year basis, has improved its year-to-date revenue but now has a wider loss. Revenue rose a little over 1% to $19.9 million, compared with a year ago. Net loss widened to $76.87 million so far this year, from $70.2 million a year ago.

FuelCell shares had shot up in February this year on speculation that President Joe Biden’s administration might lift spending on hydrogen fuel cells.

See Also: FuelCell Energy Charges Up After Earnings: What's Next For The Stock?

Return Over 1-Year: Here’s how FuelCell Energy’s stock performance stacks up against major companies and peers in the clean energy industry in the last 12-months:

This Hospitality Stock Has Outperformed Tesla, Apple, Microsoft And Facebook Over 1 Year

MGM Resorts International (NYSE: MGM) saw a sharp increase in its share price after analysts at Credit Suisse boosted its rating for the hospitality brand this week. read more